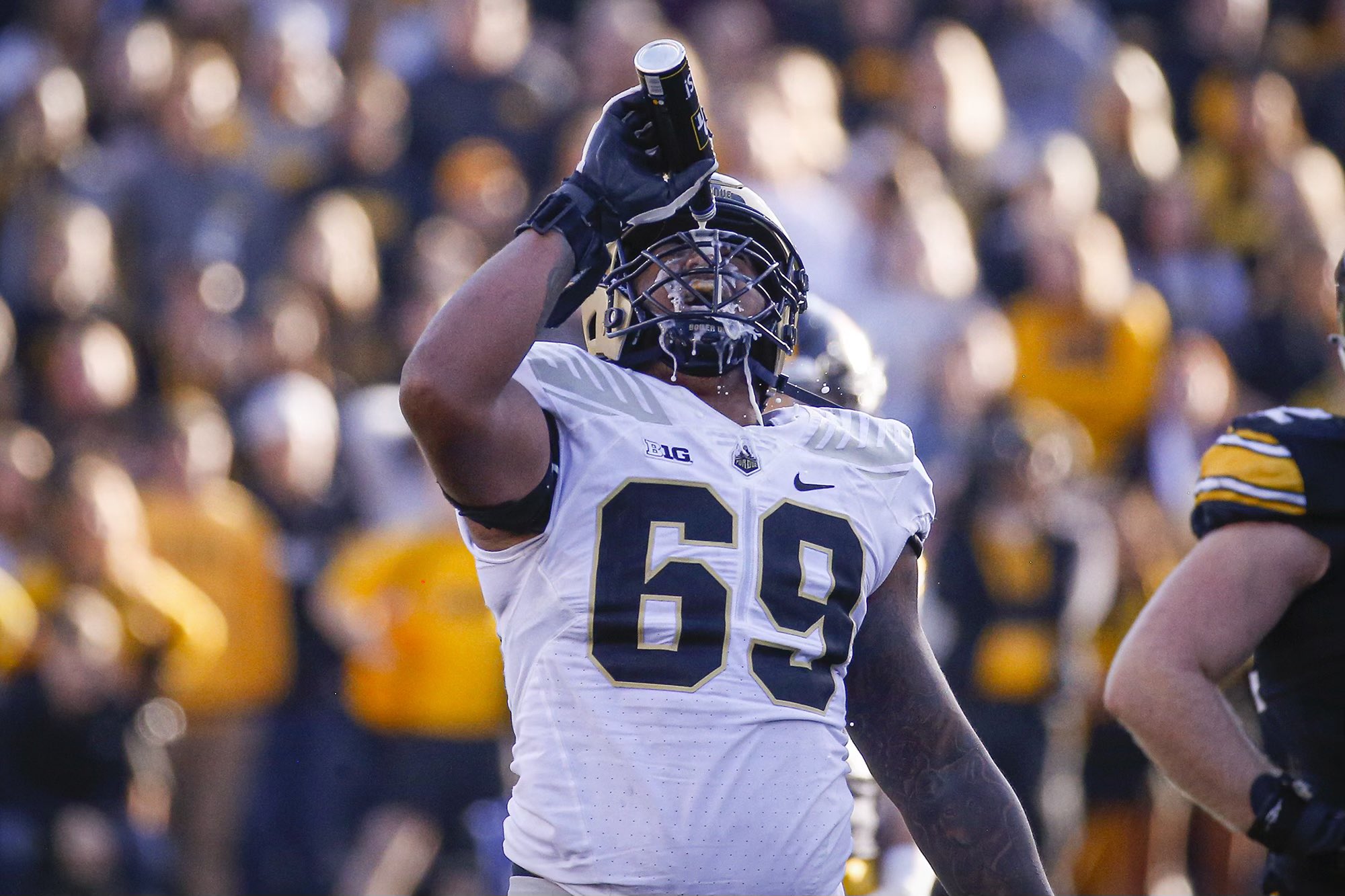 With Ohio State idle this week, Buckeye Sports Bulletin doesn’t have a paper to send out. However, that doesn’t mean the editors and staff writers didn’t watch any games on Saturday. Well, at least Patrick Mayhorn did.

While Patrick listened to Dan Orlovsky expertly break down Central Florida and No. 3 Cincinnati, I hiked a mountain trail in Louden, Tenn. For those familiar with the area, Louden is only a 45-minute drive from Knoxville, a city that made headlines in the college football world on Saturday night.

After I finished my hike, I drove to Knoxville with my fiancé, Maggie, and walked around the downtown area, making frequent stops at restaurants and stores in the Market Square area, each filled with Tennessee fans dressed for the game.

While Maggie and I ate at a restaurant called Beerworks, we spontaneously looked for tickets to the Tennessee and Ole Miss game. We decided to pass, with the cheapest seats costing nearly $200 each — and I’m glad we did.

I think you know where this is going.

Tennessee trailed No. 13 Ole Miss, 31-26, in Lane Kiffin’s first return to Neyland Stadium since leaving the program 11 years ago. The Volunteers faced fourth-and-24 with over a minute remaining in the contest. On their next play, they gained 23 yards, causing the referees to bring out the chains. When the spot and subsequent measurement didn’t go their way, chaos ensued in Knoxville.

Tennessee fans threw trash and other debris onto the field. One spectator nearly hit Kiffin with a golf ball, forcing both cheerleading teams and bands to flee the stadium. After 15 minutes, it seemed as if security restored order.

Ole Miss held on for the five-point win, and Tennessee “fans” became the talk of the college football landscape on social media and message boards.

I wouldn’t have thrown anything onto the field — for lots of reasons — but it’s comforting to know that I didn’t spend hundreds of dollars to be somewhat associated with the madness that ensued in Knoxville late last night.

But anyway. Let’s talk Big Ten football, shall we?

Iowa had one job.

After defeating then-No. 4 Penn State, 23-20, at home last weekend, Iowa climbed to No. 2 in the AP poll, its best ranking since 1985. Kirk Ferentz and the Hawkeyes looked poised to win the rest of their games in the mediocre Big Ten West.

Then, Iowa fell flat on their its against a Purdue squad led by David Bell, losing 24-7 to the Boilermakers.

Bell carved up the Hawkeyes in the previous two seasons, collecting 13 receptions for 197 yards and a touchdown in 2019 before tallying 13 catches for 121 yards and three scores in 2020. Purdue quarterback Aiden O’Connell, who threw for 375 yards in the contest, connected with Bell 11 times for 240 yards and a touchdown on Saturday.

It was a day worth celebrating for Purdue, as it claimed its first win against a top-five Big Ten team on the road since 1964. Offensive lineman Greg Long chose to act accordingly.

Also, here’s an interesting fact about the Boilermakers.

In its first six games of 2021, Indiana faced four teams currently ranked in the AP top 10. The Hoosiers lost four of them but came close to a win on Saturday, falling to No. 10 Michigan State, 20-15.

The Hoosiers problem is that their offense didn’t move the ball either. Indiana quarterback Jack Tuttle, who filled in for an injured Michael Penix Jr., threw for 188 yards on 52 — yes, fifty-two — attempts while tossing two interceptions.

Michigan State took home the Old Brass Spittoon and improved to 7-0 this season. The Spartans will take next week off before hosting Michigan in East Lansing on Oct. 30.

Scott Frost is a confusing football coach. One week Nebraska is “back,” and the next week they look like an Group of Five team, and that may be insulting to mid-majors around the nation.

Minnesota is not a good football team. The Gophers lost to Bowling Green (2-5) at home earlier this season. Still, the Cornhuskers found a way to lose this game, 30-23.

Nebraska turned the ball on downs twice in the second half — including once at the goal line — missed an extra point and a 27-yard field goal and allowed a safety after Adrian Martinez tried to throw the ball away in the end zone.

It’s the little things for Nebraska.

Northwestern, who had been one of the Big Ten’s worst football teams through the first six weeks, took advantage of an off week and regrouped with a 21-7 win over Rutgers on Saturday.

Ryan Hilinski threw for 267 yards and two touchdowns to lead the Wildcats to their first conference win of the season. The Northwestern defense, which had given up at least 500 yards of total offense in every Power Five game its played this season, held Rutgers to 222 yards.

Rutgers started the season 3-0 but has now dropped four consecutive games and sit at the bottom of the Big Ten East at 0-4 in the conference.

I don’t really want to write about this game. If you watched it, I’m sorry. The television network deserves to pay you money for taking the time to sit down and contribute to the ratings. But here it goes.

The Badgers held a 13-0 lead at halftime after a Braelon Allen 33-yard run and a 5-yard quarterback keeper from Graham Mertz. In the second half, Army fought back and cut the lead to six points with less than four minutes remaining in the fourth quarter.

Wisconsin linebacker Leo Chenal sacked Army quarterback Jabari Laws, forcing a fumble. The Badgers recovered and Mertz would score his second touchdown on the next play, putting his team up 20-7. The Black Knights would add another score, but it was too little, too late.

The game was the Big Ten’s last non-conference game of the year. The conference finished 33-9 in 42 games.