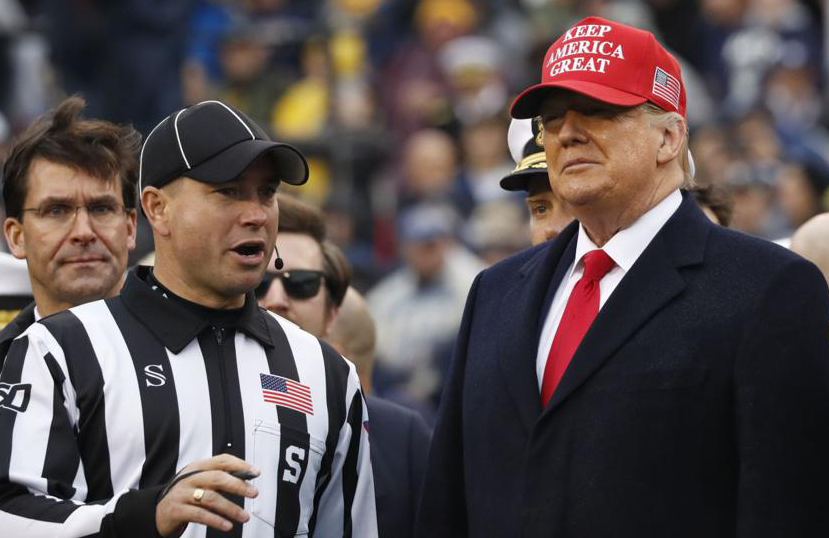 Had a very productive conversation with Kevin Warren, Commissioner of the Big Ten Conference, about immediately starting up Big Ten football. Would be good (great!) for everyone – Players, Fans, Country. On the one yard line!

“Had a very productive conversation with Kevin Warren, Commissioner of the Big Ten Conference, about immediately starting up Big Ten football,” Trump said in the tweet. “Would be good (great!) for everyone – Players, Fans, Country. On the one yard line!”

Trump echoed those same thoughts to to reporters on Fox News about how the meeting with Warren went.

“I think it was very productive about getting the Big Ten playing again immediately, and we’ll see what happens,” Trump said. “It’s a great conference, tremendous teams and we’re pushing very hard.”

According to a report by Lettermen Row, the main goal of the call was surrounding the availability of COVID-19 tests, which is believed to be one of the major hurdles for the conference’s return to playing in 2020.

Following the meeting, the Big Ten released a statement to The Athletic’s Nicole Auerbach saying that the conference is “exhausting every resource to help student-athletes get back to playing the sports they love, at the appropriate time, in the safest and healthiest way possible.”

Statement from the Big Ten regarding the call with the President: pic.twitter.com/nIsTSNYhFg

The Big Ten initially made its decision to cancel fall sports on Aug. 11, then sent out a letter on Aug. 19 stating, again, that playing in 2020 would not be reconsidered. But, there have since been reports that the Big Ten is at least considering starting the football season on the week of Thanksgiving, among other possibilities.

Trump has not voiced the same concerns about the postponement of the Pac-12 football season, which decided on Aug. 11, the same day as the Big Ten’s decision, that no sports would be played in 2020.