Beyond the dynamic duo of Conley and Oden, perhaps the most important part of the 2006-07 team was sharpshooting senior Ron Lewis, who had transferred from Bowling Green following the 03-04 campaign.

“He was at Bowling Green and then walked into Thad Matta’s office and said, ‘Coach, I’m going to transfer, and I think I could help Ohio State.’ Matta said he was the easiest recruit he’d ever brought in,” Caryer said. “He was a four-year man, and he knew how to play college basketball.”

Lewis averaged 12.7 points per game and 3.6 rebounds per game, serving as the primary complimentary piece to Oden and Conley. Jamar Butler, who averaged 7.6 points and 3.6 assists, and Ivan Harris, who averaged 7.6 points and 3.3 boards, also helped provide Ohio State with a well-balanced attack. Butler, a junior, shot 37.6 percent from three-point range, while Harris, a senior, knocked down 39.2 percent of his attempts from deep.

Conley and Oden came to Columbus together as a package deal from Indianapolis Lawrence North as five-star prospects. However, Oden was sidelined to start the season while recovering from surgery on torn ligaments in his right hand.

The Buckeyes won their first six games of the season without Oden, which were all at home, before falling to then-No. 7 North Carolina, 98-89 at Chapel Hill, N.C. The next game, Oden suited up against Valparaiso for a 78-58 victory and finished the season for the Buckeyes, but he was forced to use his off hand.

With Oden in the lineup, Ohio State won 29 of its next 31 games, and the big man looked well worth the hype, even with an injured shooting hand. Oden’s toughness and selflessness caught the attention of former Ohio State standout center Bill Hosket.

“Bill Hosket watched the center play pretty closely, and he said Oden only took one right-handed shot his whole year, because he had the hand wrapped up and he shot left handed most of the time or dunked the ball,” Caryer said. “And he even shot free throws with one hand, which always caught my attention because you don’t want to embarrass yourself when you’re on television, doing anything. And if you’re a basketball player you don’t want to embarrass yourself playing basketball.

“But here’s a guy who worked on not only his overall game he worked on learning how to shoot free throws left-handed, so that he could help the team win games.” 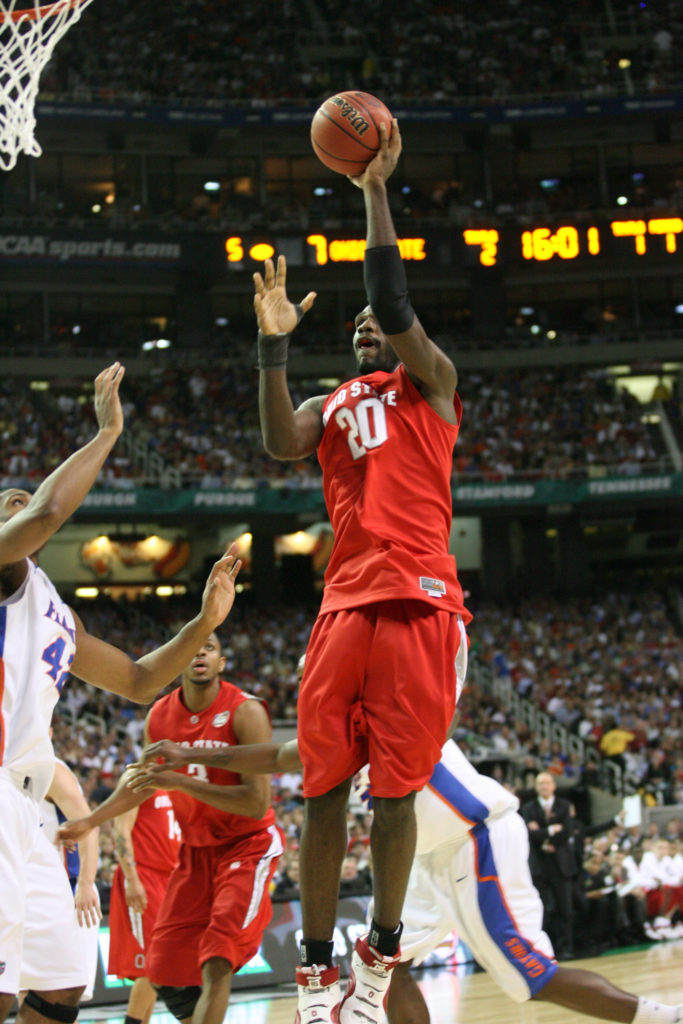 The only losses for the Scarlet and Gray came to teams ranked in the top seven, including then-No. 7 UNC, then-No. 5 Florida and then-No. 3 Wisconsin in the regular season and the third-ranked Gators again in the national title game.

Many other years, Ohio State may have been good enough to win the national championship, but 2007 was the peak of Florida’s greatness. The Gators were the reigning NCAA champs and featured future All-NBA players Al Horford and Joaquim Noah along with longtime NBA players Marreese Speights and Corey Brewer, who was the most outstanding player of the tournament.

For the Buckeyes, Oden and Conley were selected No. 1 and No. 4 overall, respectively, in the 2007 NBA Draft. Oden’s career was plagued by injuries, only playing in parts of three seasons across a seven-year career. Conley enjoyed much more success, becoming the all-time leading scorer in Memphis Grizzlies history prior to being traded to the Utah Jazz in July 2019.

Cook was picked No. 21 overall in the ‘07 draft and played six seasons in the NBA before taking his talents overseas, while Hunter played two seasons for the Atlanta Hawks after being signed as an undrafted free agent prior to his overseas career.

The 2006-07 team was clearly one of the most talented in Ohio State history, but a loss in the national championship and a lack of success in the NBA beyond Conley hurts its chances at being considered the best.

While Conley is undeniably one of the great talents in the history of the school, Jerry Lucas and John Havlicek will forever be enshrined in the NBA Hall of Fame, with a national championship ring to boot. No matter how you spin it, it is tough to top that. 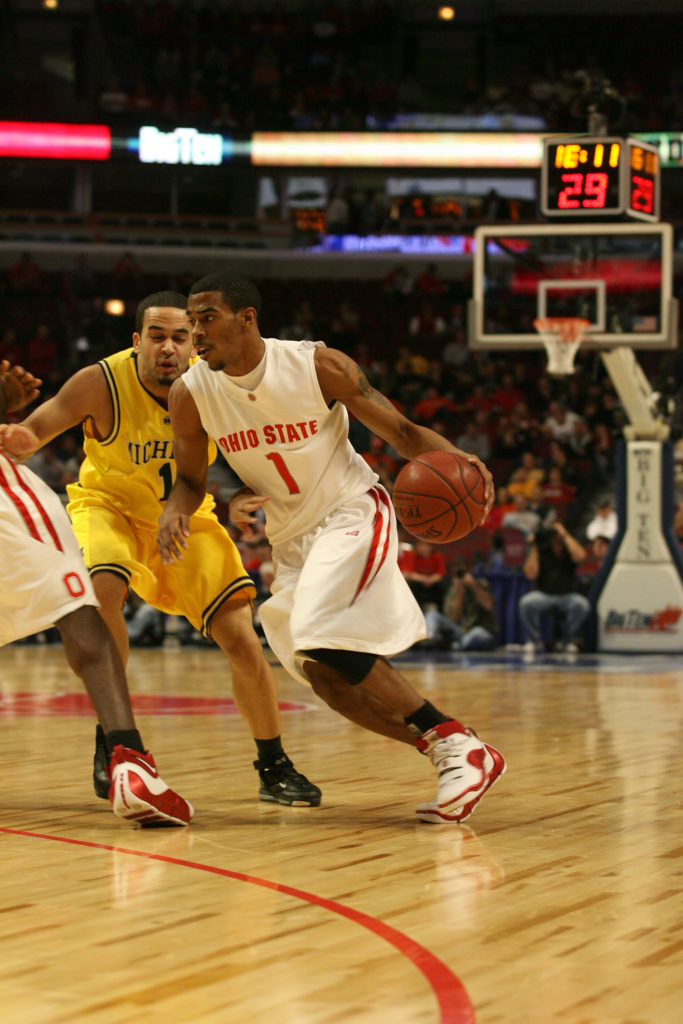