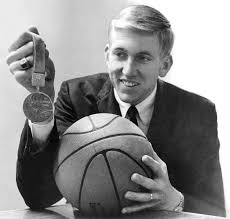 The 1967-68 team was the most surprising team in Ohio State history, overcoming bottom-of-the-barrel expectations to make a Final Four appearance.

“The ’68 team deserves mentioned, because they were the most overachieving team by a large margin of the great teams in Ohio State history,” Caryer said. “They went into the ’68 season expected to be in the 8-10 range out of 10 teams.

“Then they lost one of their two best players – Jeff Miller, who few people have heard about, but he was a star as a sophomore. And Fred Taylor had approached him before his junior year and explained that he was going to be the hub of the offense.”

After Miller went down, Taylor had to revamp his offense, which ended up leaning heavily on All-Big Ten big man Bill Hosket. At 6-7, Hosket led the Buckeyes with 20.1 points and 11.4 rebounds per game.

In addition to Hosket, sophomore center Dave Sorenson also averaged a double-double, scoring 16.3 points per game along with 10.0 rebounds per game.

Junior forward Steve Howell finished second on the team in scoring at 17.5 points per game to go with 5.4 boards per contest.

The Buckeyes went 21-8 and their 10-4 record in the Big Ten won them the regular-season conference title. They turned a solid season into a historic one in the NCAA Tournament, though.

Ohio State defeated Kentucky, 82-81, on its home floor in the Elite Eight, but it ran into an excellent North Carolina team in the Final Four, falling 80-66. In the consolation game, the Buckeyes bounced back to beat an Elvin Hayes-led Houston squad, 89-85.