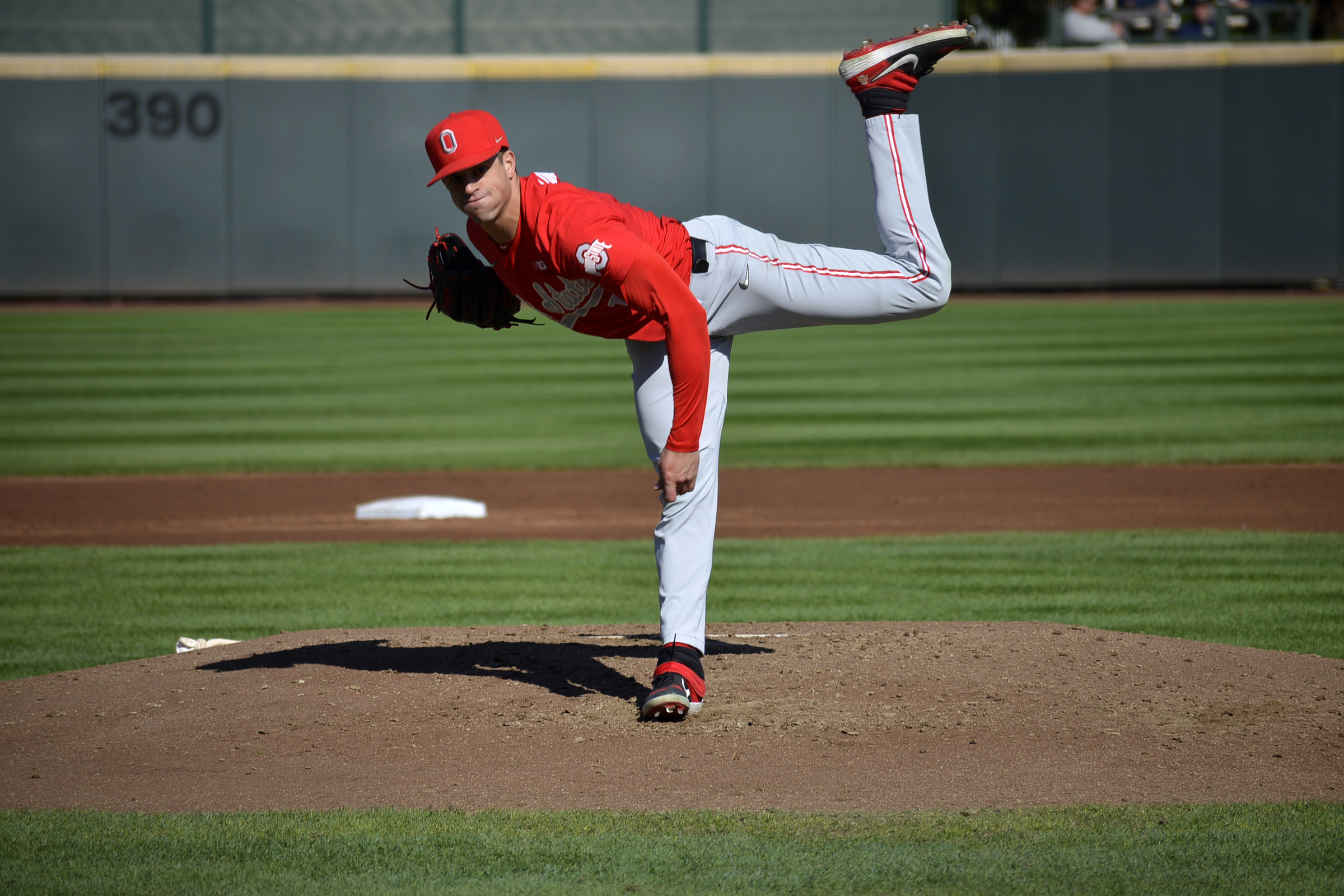 Lonsway is one of the top pitchers in the country and was included on the Golden Spikes Award preseason watchlist, given to the country’s best amateur baseball player. Smith isn’t far behind and is looking to continue his momentum from the end of the 2019 season, which saw him dominate in Big Ten tournament play. Pohl has been a lineup staple for years and will likely be the face of the Buckeye offense in 2021.

However, that didn’t make the honor any less exciting for the players selected, nor did it put a damper on the moment for head coach Greg Beals, who has seen all three players blossom under his tutelage during their lengthy careers in Columbus despite wildly different backgrounds. For Lonsway, a former blue-chip recruit, this marks the realization of that potential.

“There’s three special human beings right there that mean a lot to to our program, that a lot to me personally and (they’re all) very different,” Beals said on March 2. “Seth Lonsway was a highly-touted, big-time recruit. We fought tooth and nail to get Seth to Ohio State University. Learning about him as a young man and his family (he’s a) special person.

Smith lacked the recruiting profile of Lonsway, but caught Beals’ eye with his work ethic and has seen massive improvement in Columbus according to his head coach.

“Griffan Smith wasn’t highly recruited,” Beals said. “I saw something that I liked and I’m not patting my own back (when I say that). There was just something intangible that I liked about him. He’s made me look smart. He’s grown up, he’s physically matured and done a lot for himself. That’s what I was betting on, was his ability to take the resources that we have at this institution and really take advantage of them. Griffan Smith has done that. I’m very, very proud of him.”

Pohl’s path to captaincy may have been the most unique, as Ohio State had to sway him away from prep school with the pitch of development and an eventual starting role, several years down the road. Instead, he cracked into the lineup as a freshman and never looked back.

“I remember like it was yesterday, talking to Conner Pohl and his dad at our batting cages after a camp. Conner was a young senior in high school, and (the question was if) he should go to a prep school or not. I was talking him into coming to Ohio State, to redshirt and train here with us. He’s in the lineup by the end of his freshman year. He’s just another guy that really grew up. Conner was tall and had the frame in high school, but I think he’s 40-plus pounds heavier than he was in high school. He went from a tall, skinny kid to a grown man in the last five years. All very different, very special stories.”

For Beals, getting to recognize three of his seniors was a delight, but the honor was even more significant for those players.

“It’s an amazing honor to get that recognition and to have your teammates think of you in that high regard,” Lonsway said. “It’s definitely a confidence booster. (Now,) nothing really changes (for me) obviously, (it’s just) leading by example, staying on top of everything we need to get done on a day to day basis, make sure everybody’s getting their work in along with myself. (Still) it’s really a cool tradition to be part of a group of some really great men that have came through this program before me.”

Smith echoed that sentiment, mentioning that as an Ohio native (he played his high school ball at Cincinnati Hills Christian Academy), getting the nod as a captain was a dream come true.

“I would have been shaking in my boots, saying, ‘no way.’ It’s a dream come true, honestly,” Smith said when asked how his high school self would react to the news. “I’m just incredibly grateful. It’s by far the greatest honor that I’ve ever received to know that my teammates view me as a leader. It gives me the reassurance and the confidence knowing that my teammates do look at me as a leader. It gives me the confidence to go out there and continue to be my best self every single day.”

That isn’t to say that Smith is satisfied with where he is as a leader.

“As a teammate and as a leader, one of the things that I’m still learning and working on is pushing my teammates to help them become the best version of themselves,” Smith explained. “I think that’s what leadership is all about. The greatest leaders are able to inspire and push the people around them to become the best version of themselves and that’s something that I’ve been working on, learning that it’s not all about me, it’s about my teammates.”

While being assigned a true leadership role is a special thing for a Buckeye baseball player, the captains aren’t the only players expected to do the right things and lead their teams. With almost every member of the 2020 team back in 2021, Ohio State has a tremendously experienced roster and, according to Pohl, one filled with leaders.

“I think it’s been a very, very interesting year to say the least, with how many people have come back,” Pohl explained. “The average age of the team is very one-sided, with all the experience that we have coming back. There are a lot of leadership roles outside of captain. There are a lot of guys that display very, very good leadership on this team. I think it’s a very good year to be a part of this team, especially with how many guys are experienced.”

The Buckeyes will look to lean heavily on all three players as they enter the 2021 season, both for production and for stability. In a wide open Big Ten field with no non-conference play to look ahead to, Ohio State has its eye on a trip to Omaha at the end of the season and will need top-tier production from its entire roster to reach that goal, starting at the top with the three team-selected captains.