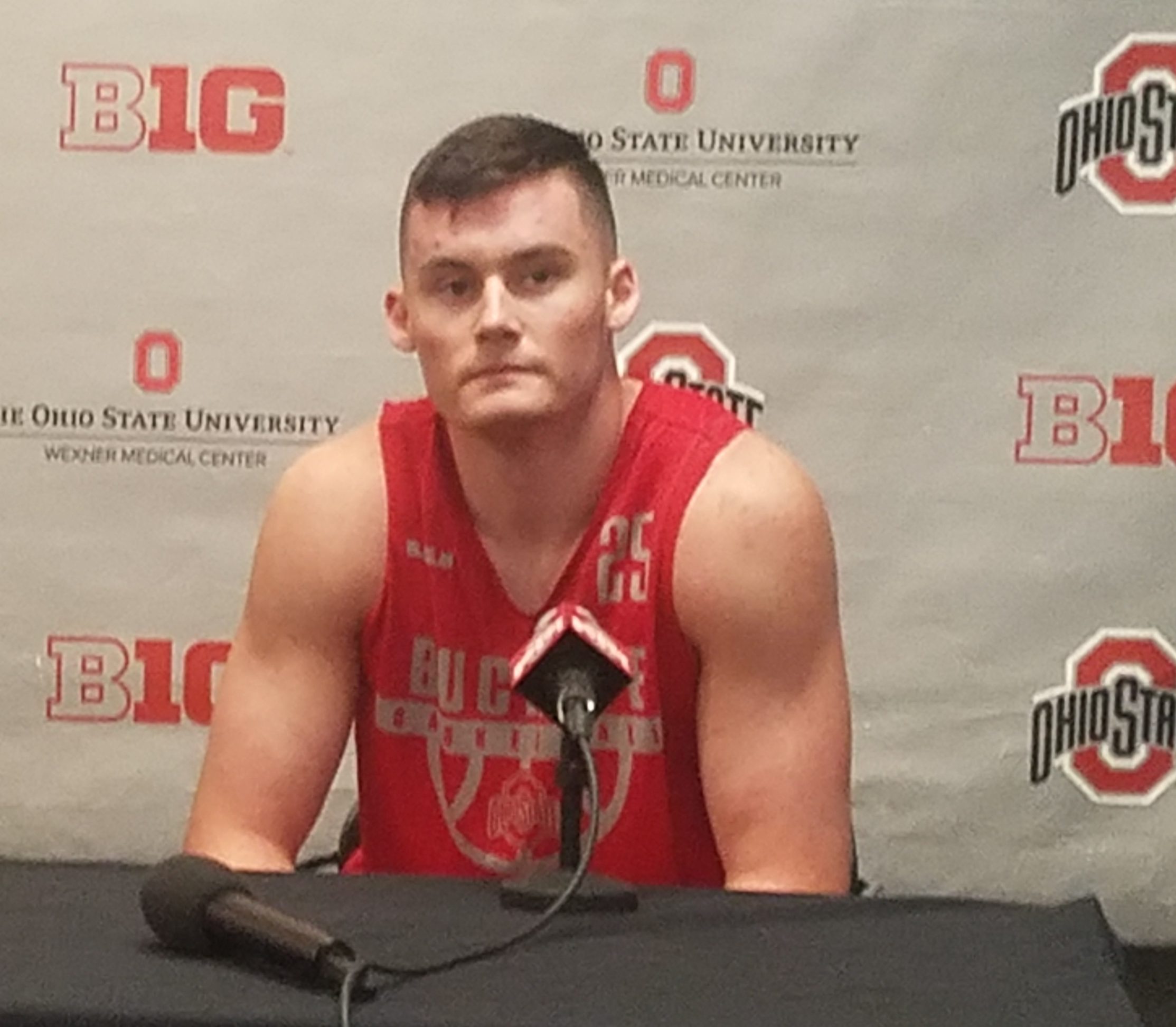 Already saddled with a four-game losing streak, the Ohio State men’s basketball team suffered another loss when it was announced Tuesday that sophomore forward Kyle Young will at least several weeks due to a stress fracture in his right leg.

“Obviously, Kyle has performed really well as a sophomore and coming into his own a little, or a lot, in a lot of ways,” coach Chris Holtmann said. “He really made a step forward as a player. I’m really proud of him for the growth he’s had.

“He’s an instrumental part of this team in every way. You hate it, No. 1 for him, and you also hate it for our team with how important he has been for us.”

Young, from Canton (Ohio) Jackson, fell in the first half of the 75-61 loss to Maryland on Friday but he’s not sure if that was the direct culprit or the final straw.

“I didn’t think anything of it. I tried to shake it off, but it is what it is,” he said. “I had some soreness in my legs early on (in the season) but I don’t know if that’s exactly what it was. It might have been a build-up.”

He was downhearted when tests revealed the injury.

“I want to be there to play with these guys,” Young said. “But right now, I need to focus on rehab and things like that, being the best teammate I can helping them in other ways – energy, on the bench and find ways to help them in practice too.”

If he is out for only two weeks, he may miss four games, beginning with the home game Wednesday vs. Purdue.

“It definitely hurts, especially losing someone as valuable as Kyle is,” junior forward Andre Wesson said. “It hurts us, but (we’re) just keeping that next man mentality. The next guy has to step up and keep it going. It’s something we really need to accept.”

“We’re going to be a little bit smaller, so I’m concerned how that’s going to affect us defensively but I’m excited to see other guys step up too,” the coach said.

“All of our freshmen are continuing to learn what’s a play you can make at this level and what you can’t you get away with,” Holtmann said. “What play can you not make? Some of that’s resulted in blocked shots or a turnover or poorly missed shots.

“There’s not a better teacher than experience.”

Young’s injury comes at a particularly vulnerable time with sophomore center Kaleb Wesson (6-9, 270) getting into foul trouble the first three games of the losing streak and Maryland collapsing on him with his teammates unable to provide much offensive support.

Young is confident his teammates will respond in a positive manner.

“I have 100 percent belief in them every day if I’m playing, not playing,” he said. “That’s something you build every day when you’re playing with these guys.”