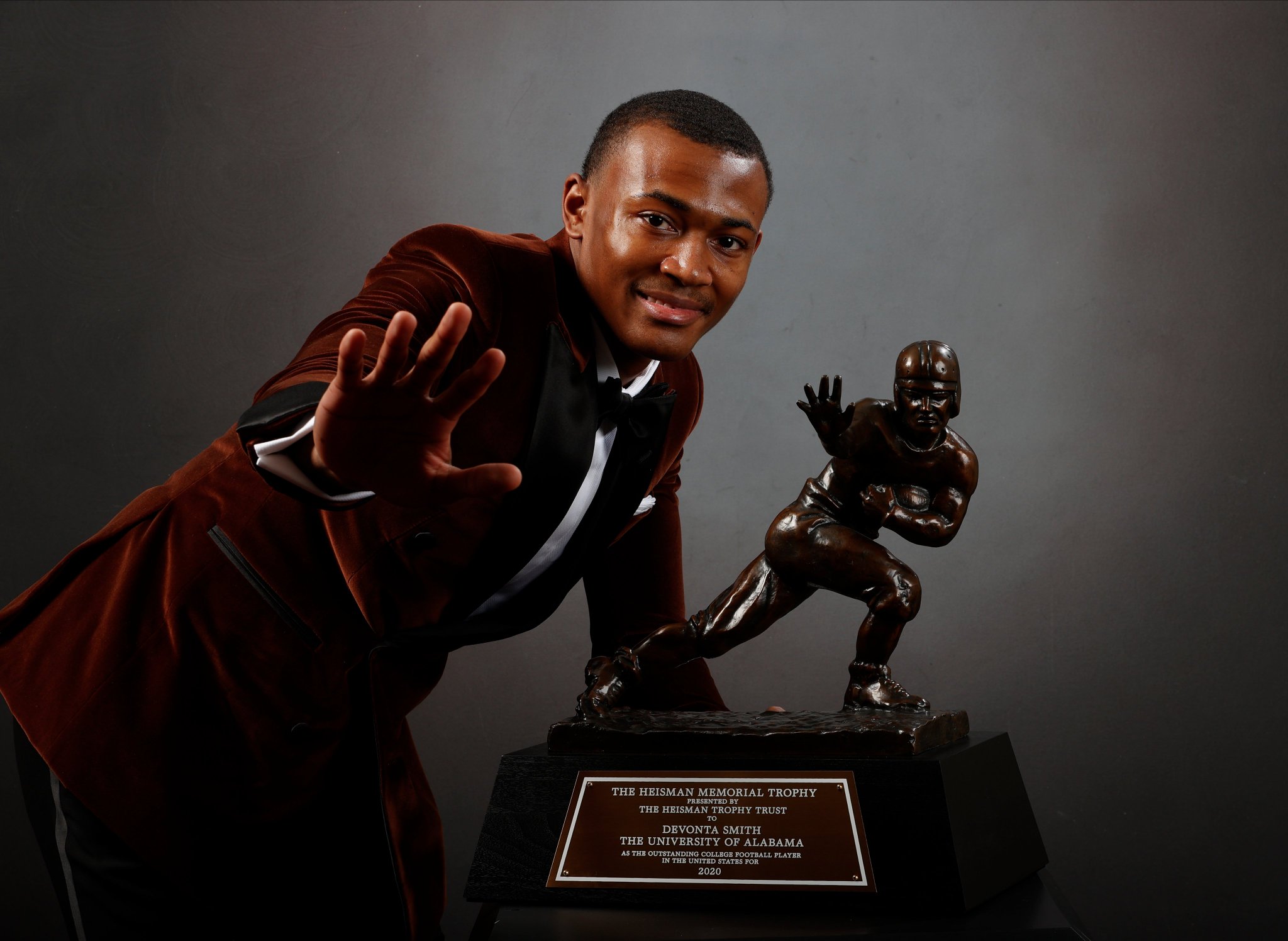 Alabama wide receiver DeVonta Smith was named the winner of the 2020 Heisman Trophy on Tuesday night, becoming the first player at his position to take home the award since Michigan’s Desmond Howard in 1991.

Smith caught 105 passes for 1,641 yards and 20 touchdowns in 12 games for the top-ranked Crimson Tide this season. He leads the Football Bowl Subdivision in all three categories while also adding a 14-yard rushing touchdown and an 84-yard punt return for a score in wins over Ole Miss and Arkansas, respectively.

Smith will look to add to his trophy collection in the College Football Playoff National Championship when Alabama takes on No. 3 Ohio State on Monday night (8 p.m. on ESPN). Interestingly, the Buckeyes knocked off Oregon and Heisman-winning quarterback Marcus Mariota on their way to the inaugural CFP title during the 2014 season.

Ohio State actually defeated the second-and third-place finishers that postseason, as well, beating Wisconsin and running back Melvin Gordon in the Big Ten Championship Game before taking down Alabama and wide receiver Amari Cooper in the Sugar Bowl.

Florida quarterback Kyle Trask, the only other finalist, finished fourth. Ohio State quarterback Justin Fields, who was a finalist last year, finished seventh, though he did receive five first-place votes.