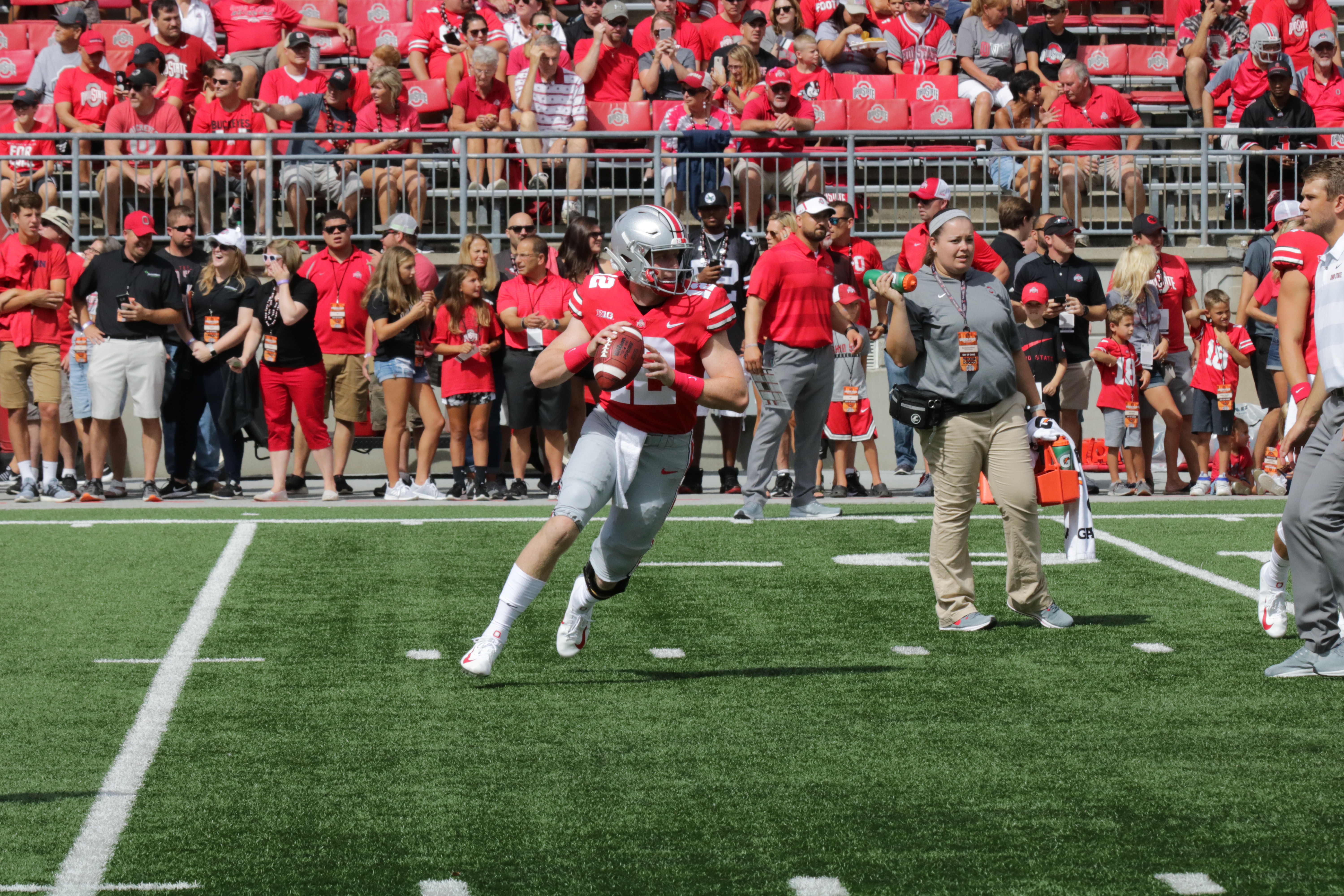 Soon-to-be sophomore quarterback Tate Martell announced late Tuesday night that he’s leaving Ohio State for Miami (Fla.). The decision leaves the Buckeyes with just three scholarship quarterbacks on the roster – none of whom have started a game in Columbus.

With Martell out, here’s a quick look at how the Buckeyes’ most important position room shakes out for 2019.

Perhaps the No. 1 reason Martell opted to leave Columbus was the arrival of Justin Fields, who was the No. 2 overall players and No. 1 dual-threat quarterback in the 2018 class.

Fields, a Kennesaw, Ga., native, signed with Georgia and spent the 2018 season as the backup to Jake Fromm. He completed 27 of 39 passes (69.2 percent) for 328 yards and four touchdowns while also rushing 42 times for 266 yards (6.3-yard average) and another four scores.

The question now is whether or not Fields will receive a hardship waiver for immediate eligibility from the NCAA – which is widely expected to happen. Assuming he’s eligible, Fields is all but a lock to win the starting job in Columbus – he’s the highest-rated recruit of the internet era ever to be on Ohio State’s roster, after all.

Backing up Fields – and pushing him this spring – is likely to be Matthew Baldwin, who redshirted as a freshman last season while recovering from an ACL injury suffered in high school.

Baldwin was a late addition to the 2018 class for Ohio State after flipping from Colorado State, but the Austin (Texas) Lake Travis product shouldn’t be scoffed at. He’s got a ton of arm talent and was hand picked by Ryan Day, who is now the head coach in Columbus.

Having Baldwin start this year certainly isn’t the plan for the Buckeyes, but he’s got the talent to step in and win games of Fields is either ruled ineligible or picks up an injury.

After Baldwin comes Chris Chugunov, a former West Virginia transfer who will be a fifth-year senior in 2019. He’s the only quarterback with collegiate starting experience on the roster (he started twice for the Mountaineers in 2017), but he has a career completion percentage under 50 percent (45 of 95 for 551 yards, three touchdowns and three interceptions).

Chugunov actually appeared in one game for the Buckeyes last year but didn’t throw a pass, meaning Ohio State will enter the 2019 season without a quarterback who has thrown a pass while playing for the Scarlet and Gray.

Kory Curtis, who served as a scout-team quarterback last season, has his name in the NCAA transfer portal, so the assumption is that he won’t be on the roster next season. That leaves the Buckeyes with one walk-on rounding out a four-player quarterback room – Daniel Vanatsky, who was a freshman out of Cincinnati Hills Christian Academy last season.