A Look At Ohio State’s Quarterback Room, Commitments And Targets For The 2021 Class 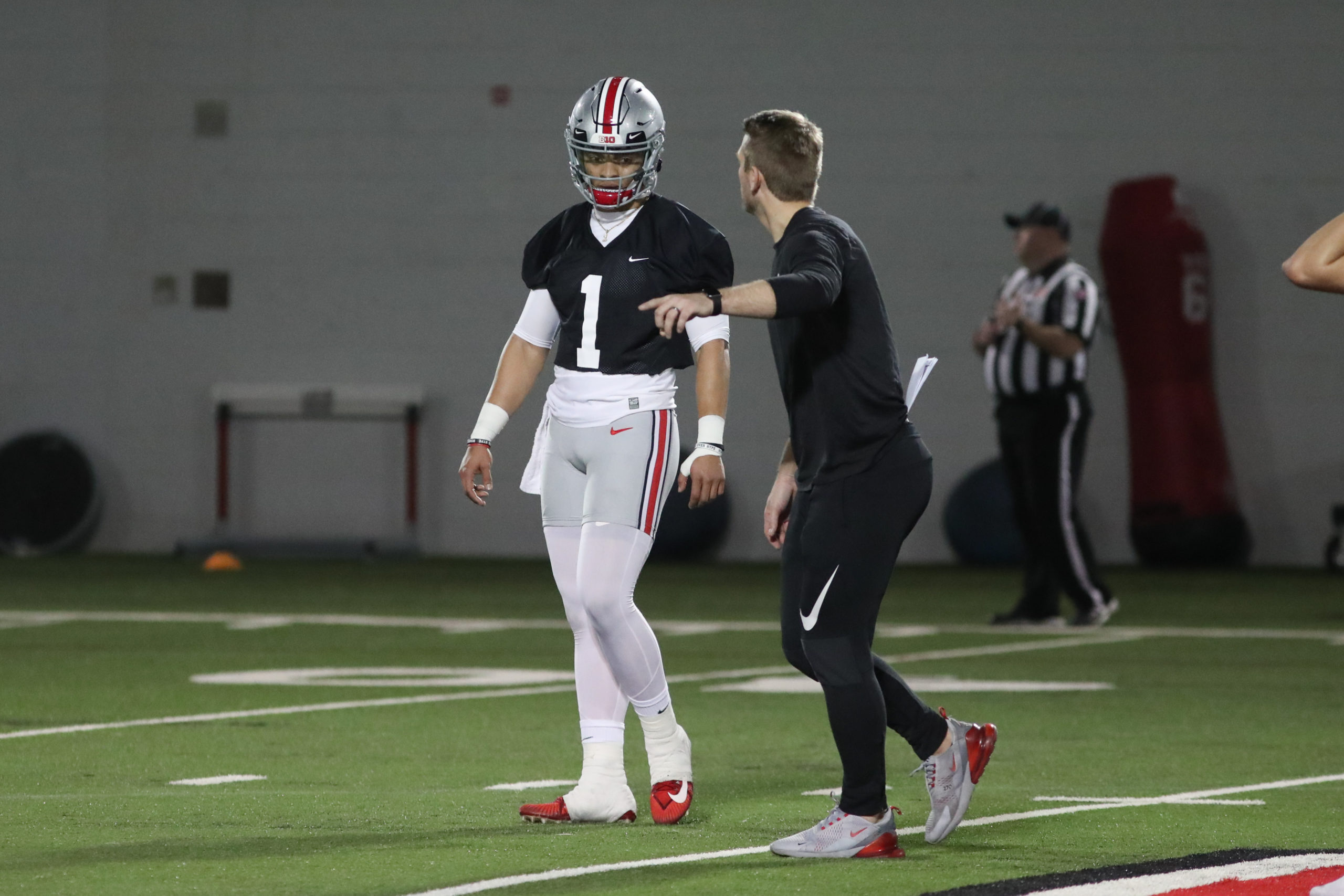 No position in football has been impacted more by the proliferation of the transfer portal, and very few teams have felt that impact more than Ohio State. Since 2017, when transferring really started to become a viable option for immediate playing time elsewhere, Ohio State has seen three major signal callers leave the program, first with Joe Burrow in the summer of 2018, to take over the starting job at LSU, then twice in the spring of 2019, with Tate Martell departing for Miami and Matthew Baldwin electing to return to his home state and suit up for TCU.

Ohio State has also seen the inverse, reeling in Chris Chugunov, Gunnar Hoak and Jagger LaRoe for reserve roles, and former Georgia five-star Justin Fields to serve as the face of the program shortly after Ryan Day accepted the head coaching spot in Columbus.

With the background of all that turmoil, not to mention several major recruiting shakeups that left the Buckeyes without the kind of depth they were expecting at the position in 2019, it’s strange to think that the position’s depth may actually be a strength in 2020. However, the addition of two blue-chippers in 2020, Arizona product Jack Miller and California product C.J. Stroud, has placed Ohio State firmly back into comfortability at the position, just a year removed from living in fear of any sort of injury to Fields.

Along with the two incoming freshmen, OSU also returns Hoak and LaRoe, along with walk-ons Danny Vanatsky and J.P. Andrade, though the first three will be the ones really battling for playing time. The backup spot behind Fields is still up for the taking, but without spring practices to grow into the system, it seems as though the more experienced Hoak may have a leg up on Miller and Stroud, who have only taken a few reps in a college-level practice, and will have to wait until July or August at the earliest to get time in with their new team.

With Fields in the starting spot, however, that backup spot may not matter too much. The rising junior was phenomenal during his first season with Ohio State, passing for 3,273 yards and 41 touchdowns while completing 67.2 percent of his attempts, with just three interceptions on the year – two of which came in the final game against Clemson. As long as he can remain healthy, that backup is really only going to be needed in garbage time, because they certainly aren’t supplanting the Heisman candidate.

Unlike in the class of 2020, Ohio State isn’t looking for two quarterbacks in the class of 2021, and it certainly isn’t looking for any sort of drama or question about who the signal caller is in this group. Ohio State’s 2021 quarterback is Philadelphia standout Kyle McCord, he will be alone at the position in his class, and he will sign with Ohio State when the early signing period rolls around in December.

The Buckeyes made it a focus very early in this class to get a quarterback on board, and when given the choice between McCord and Michigan commitment J.J. McCarthy, McCord got the nod, committed on April 30, 2019, and shut down both his recruitment, and Ohio State’s recruitment of the position for this cycle, allowing Day and the Buckeyes to move forward to 2022.

In McCord, OSU appears to have just about everything it could want from a quarterback. At 6-3, 204 pounds, he’s considered a five-star prospect in the 247Sports composite, ranked as the No. 25 player and the No. 3 pro-style quarterback, and described as 247Sports analyst Brian Dohn as a future multi-year starter at the next level.

McCord will likely have some time to come into his own at Ohio State, with both Miller and Stroud set to battle for the starting job next season, assuming that Fields departs for the NFL as expected.

None. McCord is Ohio State’s guy, and unless something extremely unexpected happens, he’s going to be the guy that signs with Ohio State in this class. The Buckeyes had interest in McCarthy, along with Washington D.C. five-star Caleb Williams, but ultimately picked McCord, and has shown no signs of wavering on that pick.

If, for some reason, McCord is to depart from the class, Ohio State would likely give another look to some of the top in-state signal callers: three-star Cincinnati commitment Brady Lichtenberg and three-star Hamilton product Malik Verdon, but neither are in the plans right now, and are very unlikely to be in the plans at any point moving forward.