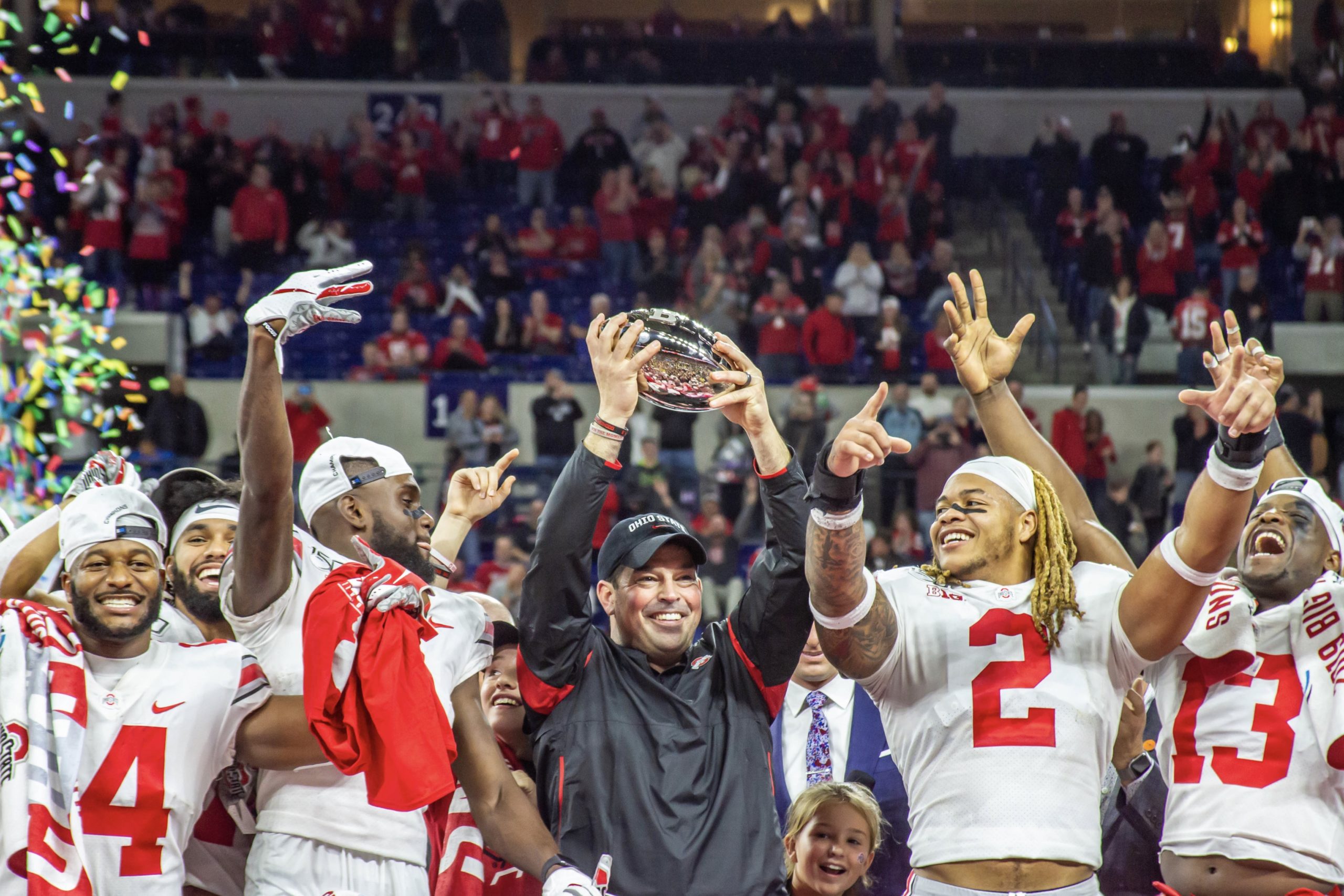 As the 2010s wrap up, that means another decade of Ohio State football is in the books.

This decade was pretty fruitful for Ohio State fans, with multiple title-contending seasons, and even one that ended with a national championship. But with the massive highs, there have also been some lows, so let’s look at all of that in this statistical view of Ohio State from 2010 to the end of 2019.

NOTE: For this look, we are counting the 2010 wins that have since been vacated by the NCAA due to the Tattoogate scandal.

Ohio State ends the decade winning, on average, a little bit more than six out of every seven games. This 86.7 percent number is obviously directly lowered by a 2011 season, where interim head coach Luke Fickell took over and led the Buckeyes to a tough 6-7 season. 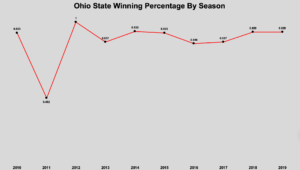 Through all the success, the Buckeyes only remained perfect in a single season, 2012, a year where they were ineligible to be in the bowl game or Big Ten Championship. They finished that season 12-0.

Three of them have only coached for a full season each (so far), but Ohio State went through a surprising amount of head coaches this decade for a program that usually lacks significant turnover there.

The Buckeyes have not had this many unique head coaches in a decade since the 1940s, when they had five.

While Jim Tressel was forced to end his coaching career, Fickell struggled and Ryan Day took over with much success, this was a decade in Ohio State football that was dominated by one coach: Urban Meyer. 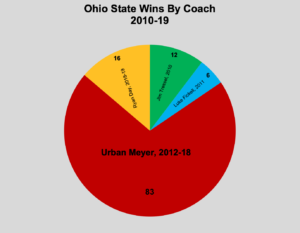 Meyer accounted for 83 of the 117 wins for the Buckeyes this season, good for 70.9 percent of all the victories. But even more impressively, he did so while accounting for only half of the losses. 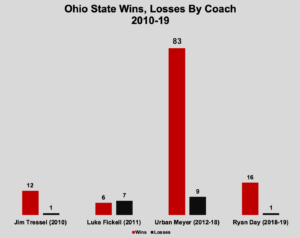 The opposite can be said for Fickell, though I don’t mean to attack the current Cincinnati head coach because he was given a terrible situation to try and deal with.

But that being said, Fickell’s six wins make up only 5.1 percent of Ohio State victories, while the seven defeats make up 38.9 percent of the losses.

Of all the head coaches Ohio State has had, Day’s 94.1 percent win rate is still at the very top.

These are the average final yearly scoring offenses and defenses that Ohio State has had throughout the decade.

Both the offensive and defensive numbers have remained steadily strong for the large majority of the 2010s, with each side having one exception year. 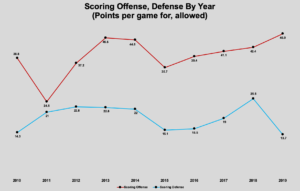 The offense exception was in 2011, where (again, sorry Fickell) Ohio State averaged only 24.5 points a contest. On defense, while these numbers don’t make it appear that all went completely wrong, 2018’s 25.5 points allowed per game was a low point, and it led to multiple closer-than-expected games, as well as one blowout loss to a mediocre Purdue team.

A famous number in the Ohio State fan base for the points the Buckeyes put on during the dismantling of the favored Michigan Wolverines in 2018, this number also stands for the number of players Ohio State has had selected in the NFL Draft this decade.

There have been at least three selections for Ohio State every season, but there has also been a boom in picks in the back half of the decade, and that clearly started in the 2016 NFL Draft. 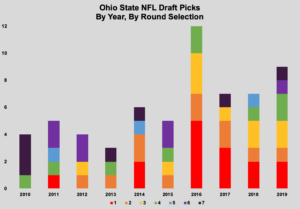 The 12 selections in 2016 — and the five that were first round picks — remained untouchable throughout the rest of the 2010s, but there were at least seven Ohio State players drafted in each of the three proceeding seasons, more than any of the first six years of the decade had.

The number that likely means the most to every Ohio State fan is the lone national championship the Buckeyes captured this decade. The 2014 Ohio State team overcame an early loss, two injuries to starting quarterbacks and an opening ranking of No. 16 in the College Football Playoff to secure the first ever CFP national title.

Because of that, the Buckeyes are one of five teams to win a national championship this decade. 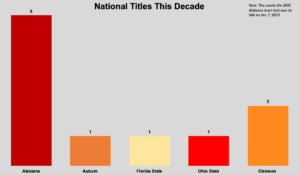 It took a 59-0 win over Wisconsin, and it took three monstrous performances by Ezekiel Elliott, but Ohio State did it. While it might not be at the level of dominance that Alabama was this decade, Ohio State is one of five teams on this graph, while 125 other FBS teams can only dream of being there.

This has been quite a decade of football for the Buckeyes, and that 2014-15 run will always stand tall as the highlight of it all.