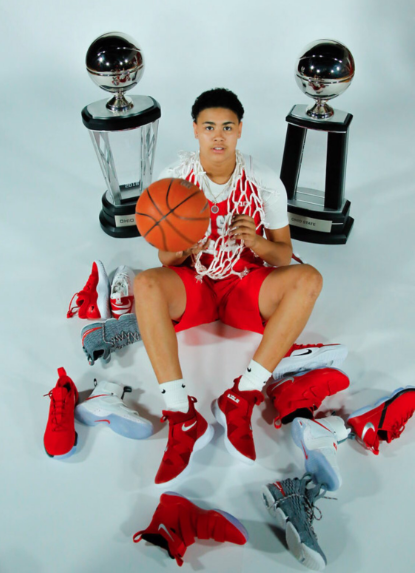 While Ohio State men’s basketball signed three of the top 36 prospects in the nation, none of them were named McDonald’s All-Americans. That honor, though, did go to one of the blue-chip recruits in women’s coach Kevin McGuff’s 2019 recruiting class.

Canton (Ohio) McKinnley five-star guard Kierstan Bell, the No. 6 overall player in the nation, received the honor Thursday, meaning she’s lined up to play in the annual all-star game March 27 in Atlanta.

Fellow five-star Ohio State signees Rikki Harris, Kaelynn Satterfield and Jacy Sheldon were nominated as well, but only Bell received the honor. Bell committed to Ohio State on Aug. 25, 2018, and signed in the fall as part of a five-person recruiting class for McGuff’s squad.

The three signees for men’s coach Chris Holtmann’s 2019 class – five-star guard DJ Carton, four-star forward EJ Liddell and four-star forward Alonzo Gaffney – were all nominated to be McDonald’s All-Americans as well, but none were picked for the game.