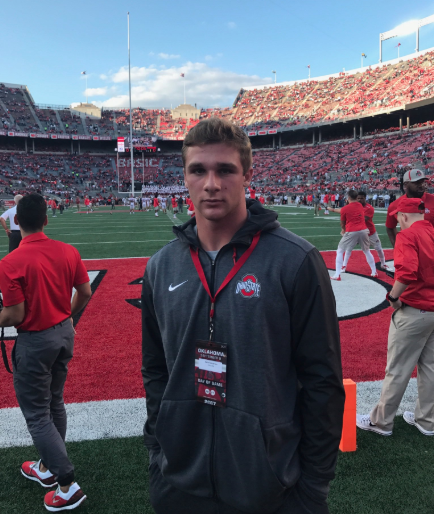 The development, originally reported by Brent Dougherty of 104-5 The Zone in Nashville and afterward confirmed by several other outlets, brings OSU’s count down to 14 pledges for the current cycle.

I talked with @CPAFootball LB Kane Patterson. He has de-committed from Ohio State. He’ll concentrate on his senior season at this point and will re-visit a college choice decision at a later date.

Patterson pledged July 9 to OSU over Alabama, Tennessee and Texas A&M. He chose Ohio State less than a month after his June 14 unofficial visit to campus during a stretch of trips including Texas A&M (June 15), Tennessee (June 20) and Alabama (June 22).

Patterson’s departure from the Buckeyes leaves Lexington, Ohio, four-star outside linebacker Cade Stover as the only current commitment at the position. It also marks the first decommitment since Ohio State’s investigation into Meyer concluded.