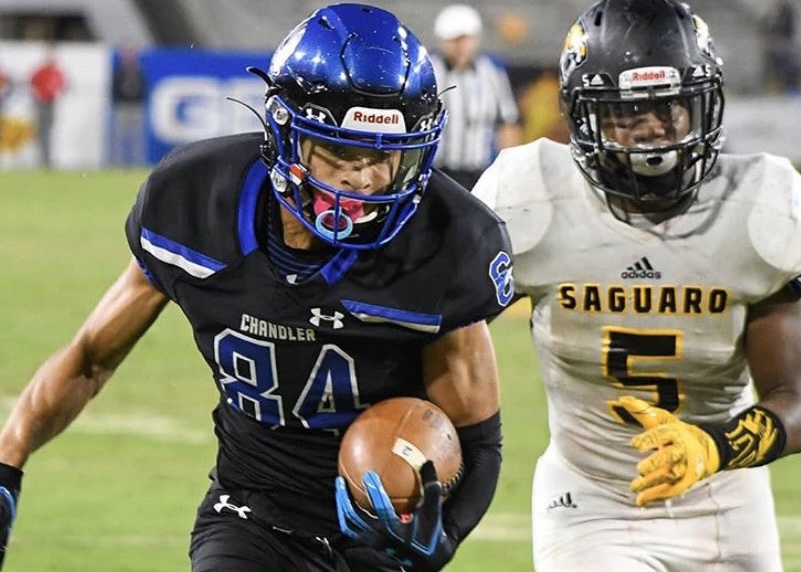 One of Ohio State’s top wide receiver targets is back on the market after Chandler, Ariz., four-star Kyion Grayes decommitted from Arizona on Monday.

The 6-1, 170-pound Grayes is considered the 47th-best wide receiver and No. 313 prospect overall in the class of 2022, but has garnered numerous comparisons to current Buckeyes wide receiver Chris Olave after he caught 28 passes for 556 yards and 10 touchdowns to lead the Wolves to the state championship this season.

Grayes had been committed to the Wildcats since August, but an offer from the Buckeyes in October was a game-changer. He’s gotten to know head coach Ryan Day, wide receivers coach Brian Hartline, offensive quality control coach Keenan Bailey and director of player personnel Mark Pantoni in the meantime, which is why Ohio State picked up several 247Sports crystal ball predictions over the last month.

Arizona fired head coach Kevin Sumlin this weekend following a historic loss to rival Arizona State, prompting Grayes to reopen his recruitment. And while he could wait to take his first visit to Columbus once the ongoing dead period comes to a close, some think it’s only a matter of time before he pledges his services to the Buckeyes.