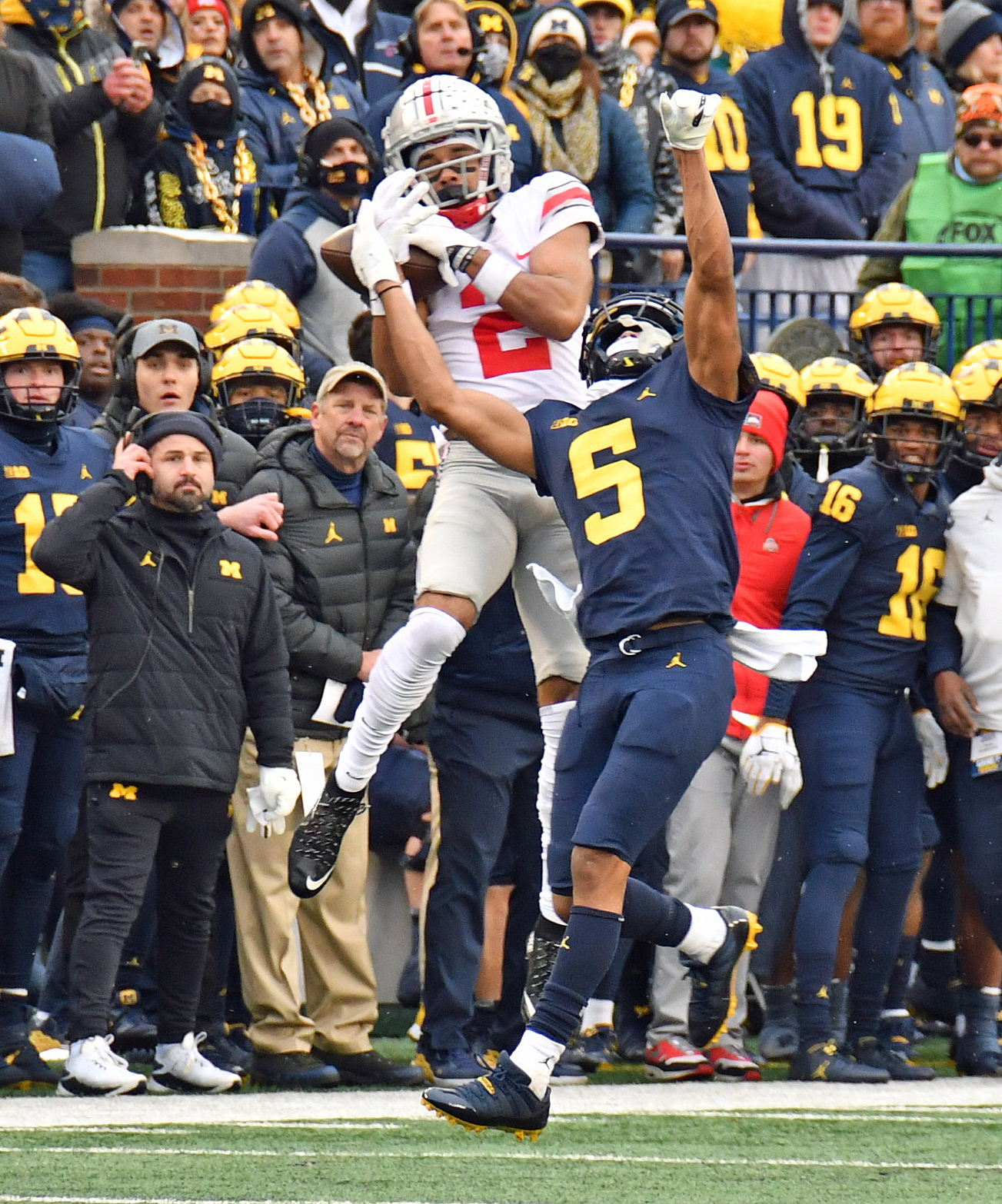 Former Ohio State wide receiver Chris Olave is the second Buckeye to come off the board on day one. He was selected by the New Orleans Saints with the No. 11 pick in the first round of the 2022 NFL Draft, giving Ohio State two first-round receivers for the first time since 2007 (also the last time it had any first-round receivers) after Garrett Wilson was selected by New York Jets with the No. 10 pick.

Olave’s story is well-documented. The No. 399 overall prospect in the 247Sports composite for the class of 2018 and the No. 68 wide receiver, Olave hails from San Marcos (Calif.) Mission Hills. He earned a late offer from the Buckeyes as they looked to round out their receiver class and was considered a project, but quickly earned his way onto the field.

He played a major role in all four of Ohio State’s final four regular-season games in 2018, breaking out in full with two receptions for 48 yards against Michigan – both touchdowns. A week later, he hauled in five receptions for 79 yards with another score against Northwestern in the Big Ten title game.

An established starter in 2019, Olaved pulled in 48 receptions for 840 yards and 12 scores, forming a connecting with 2021 first-round quarterback Justin Fields that would continue into the abridged 2020 campaign. He made 50 catches for 729 yards and seven scores in just seven games as a junior before opting to spurn the professional ranks to play one more season in Columbus.

That final season saw Olave set new career-highs in every category. Working with Wilson and rising star Jaxon Smith-Njigba, Olave hauled in 65 receptions for 936 yards and 13 touchdowns, setting a new school record for career touchdowns with 35 in the process.

The Draft Network’s scouting director Kyle Crabbs described Olave as an ideal featured receiver at the professional level and gave him a first-round grade.

“Olave is one of college football’s most refined route-runners,” Crabbs wrote. “A true route technician, Olave has illustrated high levels of football IQ and is the latest product of an Ohio State program that is churning out high-level prospects under the watch of wide receivers coach Brian Hartline. Olave lacks the physical stature to be a dominant possession receiver in traffic and his worst moments do seem to come when contested or looking to high-point footballs in traffic, but an accurate passer will be able to feed him the football on schedule and allow Olave’s high-end separation skills to shine in the pro game.”