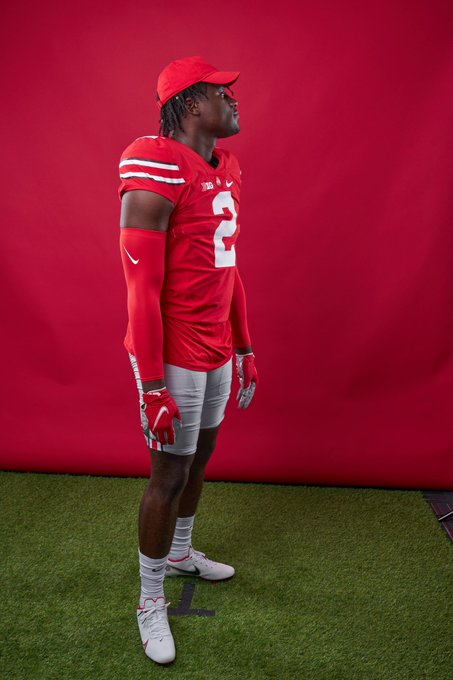 Top 10 2022 Opa Locka (Fla.) Monsignor Prep defensive end Shemar Stewart included Ohio State in his final five schools on Thursday after a summer trip to Columbus for a camp that he starred in.

The Buckeyes cracked the final group alongside Clemson, Georgia, home-state Miami and Texas A&M, the latter two of which are considered Ohio State’s primary competition for the five-star, per 247Sports’ Andrew Ivins.

“While most blue-chip recruits try to claim that everyone inside their top five is running even, Stewart and those inside his camp have relayed that Texas A&M, Ohio State and Miami are the front runners at the moment with the Aggies holding a slight edge.”

He’s planning to take official visits to at least Ohio State and Texas A&M this fall and will likely add more to the list as the season approaches.