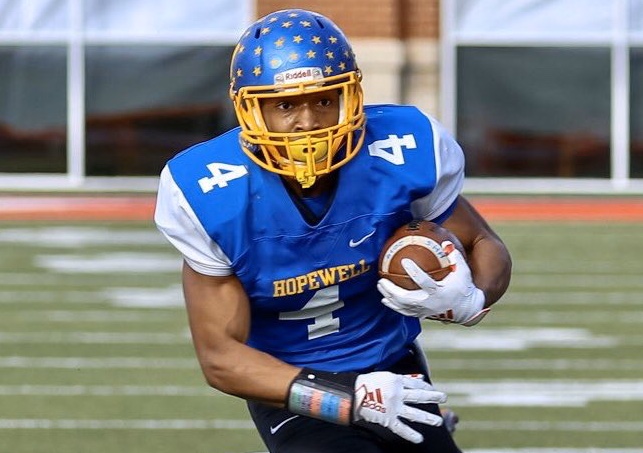 The 5-11, 195-pound Henderson — who is considered the second-best running back and No. 17 prospect overall in the class of 2021 — was named Virginia’s Gatorade Player of the Year after he rushed for 2,424 yards and 45 touchdowns and led the Blue Devils to the state championship last season.

Running backs coach Tony Alford extended an offer to Henderson last September, but his relationship with the Buckeyes’ staff actually dates back to when linebackers coach Al Washington was with the Wolverines. The two have since teamed up with head coach Ryan Day to make Henderson one of their priorities, and that’s a big reason why Ohio State is considered the established leader at this point in his recruitment.

“Everything about them has them as No. 1,” Henderson recently told 247Sports. “Football program is great, school is great and the coaches are great. Especially Coach Alford. We got a great relationship. He keeps it real about everything. He’s a really great guy.”

Henderson has never been to campus, and the Buckeyes were expected to welcome him for an unofficial visit in April. And while that’s now unlikely to happen because of the coronavirus outbreak, it’s worth noting that didn’t stop J.K. Dobbins from pledging his services to Ohio State sight unseen in February 2016.

Both Edwards and Henderson have been trending toward Ohio State with recent 247Sports crystal ball projections, but it’s highly unlikely both players end up in the Buckeyes’ class. It may very well be a matter of who jumps at the opportunity first.