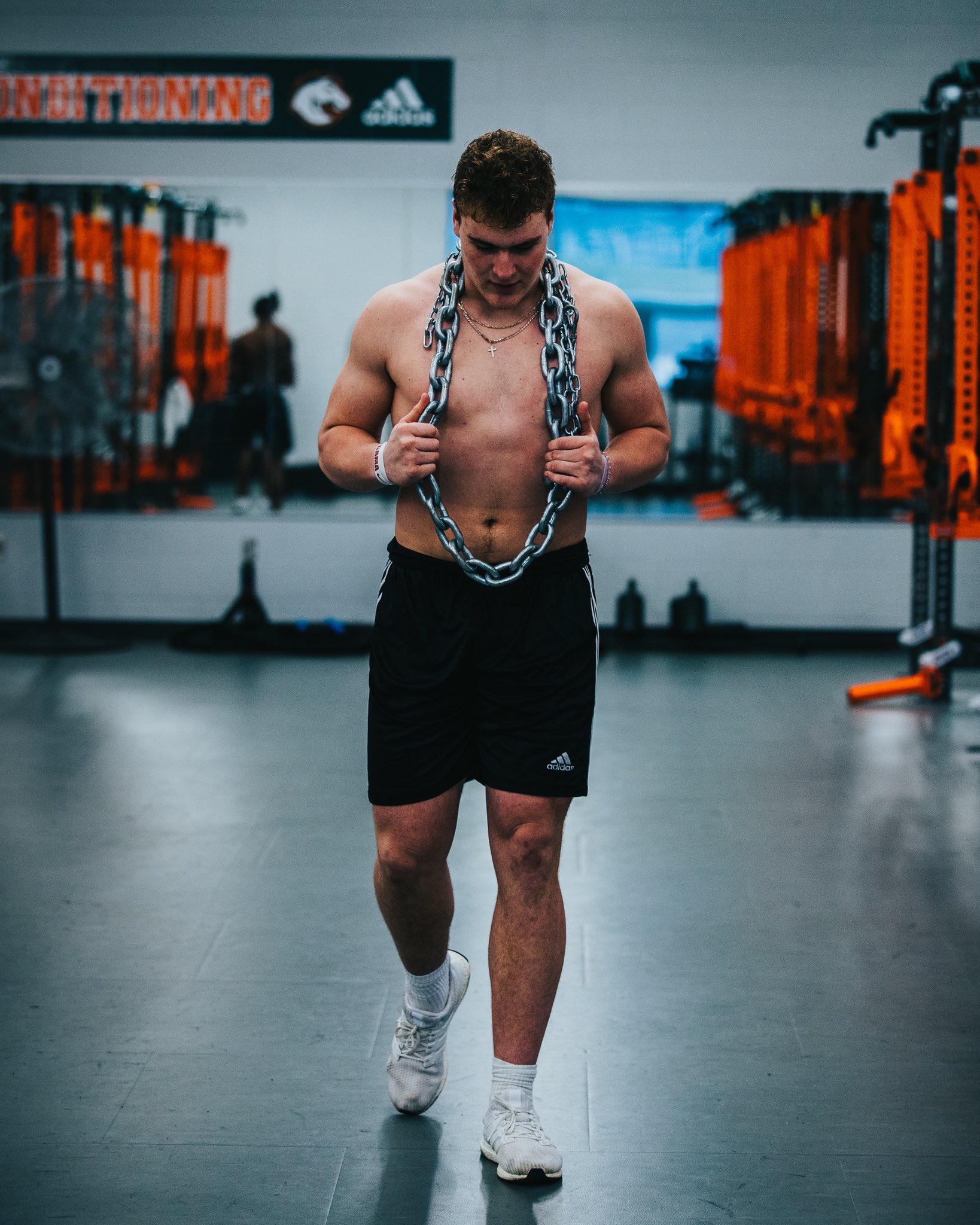 Though he originally hoped to make his college decision on Aug. 24 as a way to celebrate his 18th birthday, Lexington (Ky.) Frederick Douglass four-star offensive guard Jager Burton announced on Sunday he will instead push back his commitment date until after can he take all five official visits this fall.

I will be pushing my commitment back from August 24. I want to weigh all my options and take all five of my official visits to make the best possible decision for me and my family.

The 6-4, 271-pound Burton – who is considered the seventh-best offensive guard and No. 119 prospect overall in the class of 2021 – was scheduled to take an official visit to Ohio State on the weekend of June 12-14, but that was cancelled amid the coronavirus outbreak. He was also eyeing official visits to Alabama, Clemson, Kentucky and Oregon when the NCAA put a halt to in-person and off-campus recruiting in mid-March and subsequently extended the dead period until July 31.

Burton is quite familiar with the Buckeyes nonetheless, as he landed an offer from offensive line coach Greg Studrawa in May 2019, attended a one-day camp in Columbus last June and then took an unofficial visit for Ohio State’s 28-17 win over Penn State in November. He’s maintained daily contact with Studrawa, head coach Ryan Day, assistant secondary coach/special teams coordinator Matt Barnes and offensive line graduate assistant Kennedy Cook in the months since.

The Wildcats, meanwhile, appear to be the biggest threat in Burton’s recruitment thanks to proximity and the fact that his teammate, 2021 four-star wide receiver Dekel Crowdus, committed to Kentucky in mid-May. The two have been pretty outspoken on social media about their desire to play together at the next level, as well.

Ohio State has not signed a player from the Bluegrass State since Louisville Trinity three-star cornerback Rodjay Burns in 2016. But with Bowling Green (Ky.) South Warren four-star cornerback Jantzen Dunn already in the fold and the Buckeyes among the favorites to land Burton, there’s a good chance that dry spell comes to an end this cycle.