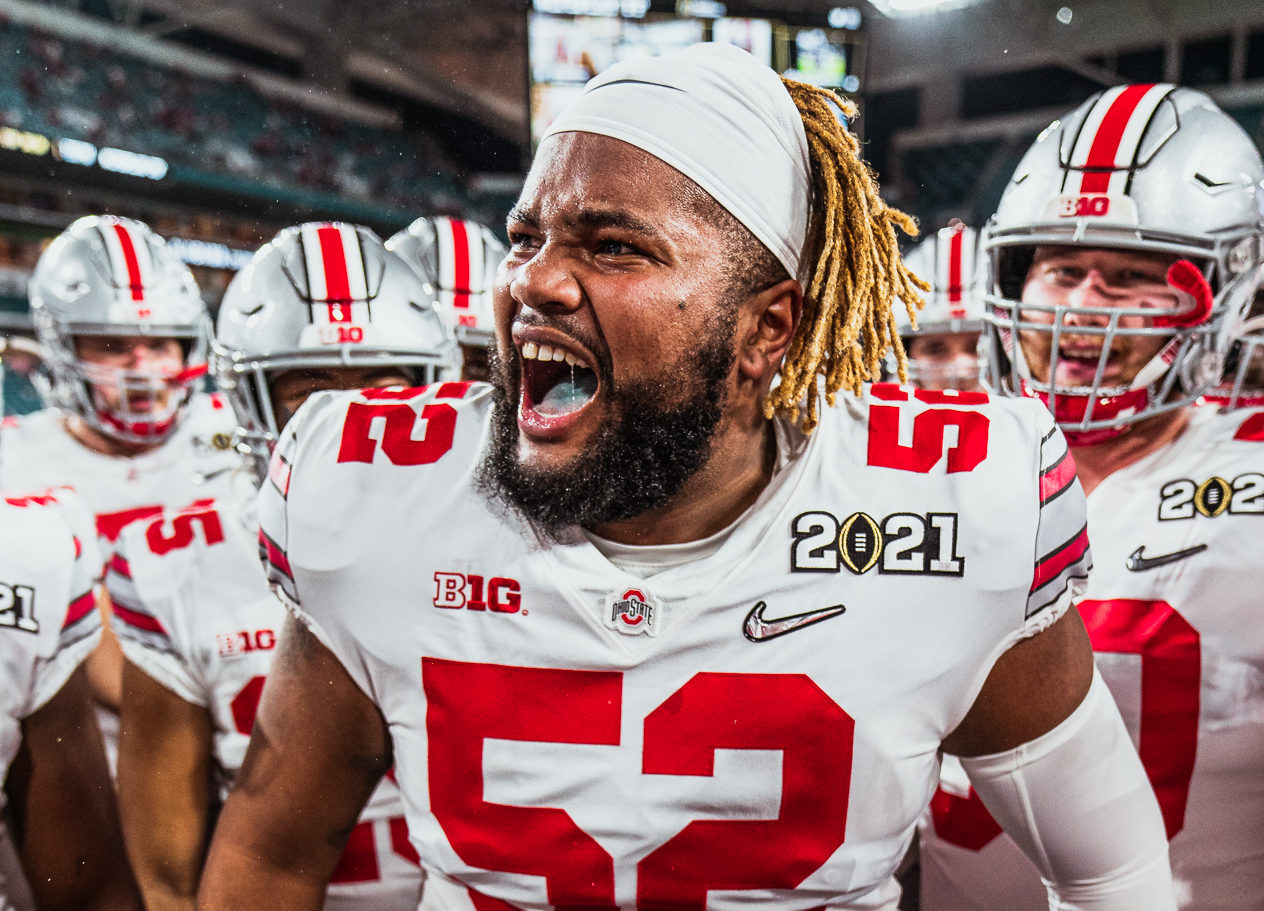 Ohio State guard Wyatt Davis became the fourth Buckeye off the board, getting taken in the third round, No. 86 overall by the Minnesota Vikings.

Davis was named a consensus All-American in 2019, his first full season as a starter, before upping that and becoming a unanimous All-American in 2020. He was named Big Ten’s Offensive Lineman of the Year and helped Ohio State to the No. 3 and No. 11 scoring offenses over the past two seasons.

In his annual draft guide, Dane Brugler of The Athletic said that many of Davis’ skills are ready for the professional level, but that consistency will be the key for him moving forward.

A two-year starter at Ohio State, Davis was locked in at right guard in head coach Ryan Day’s offense, earning All-American honors the past two seasons. The No. 1-ranked guard recruit out of high school in 2017, he was pressed into action as a redshirt freshman and didn’t give the job back, starting 24 straight games to finish his career. In pass protection and as a run blocker, Davis is quick to get the upper hand due to his striking power, body control and competitive nature. While his physical appetite is a strength, he can be too eager to initiate contact without getting his feet underneath him, leaving him off-balance and on the ground. Overall, Davis must play under control and improve his snap-to-snap consistency, but his forceful hands, powerful anchor and finishing skills are NFL-ready. He projects as a guard who will compete for immediate snaps.

Davis was projected as a borderline first round pick, but tumbled in the draft because of injury concerns. He’s expected to start immediately in Minnesota.