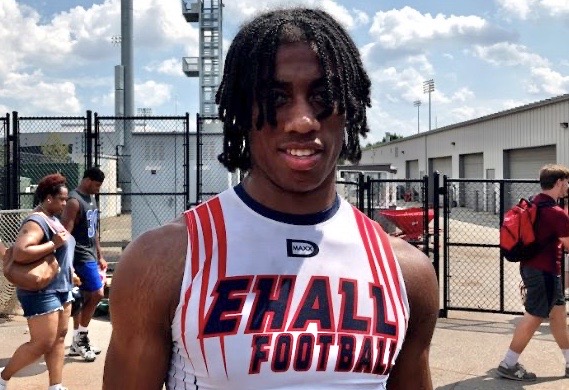 That trend continue very well continue in the current cycle — albeit in an odd year — as four-star defensive end Jahzion Harris included the Buckeyes in his top five earlier this week alongside LSU, Michigan, Rutgers and Texas A&M.

The 6-4, 215-pound Harris, who is considered the 14th-best defensive end and No. 215 prospect overall in the class of 2021, landed an offer from Ohio State back in April 2018. He attended a summer camp the year prior, where he worked with defensive end coach Larry Johnson, and the Buckeyes’ assistant apparently kept tabs on him up to that point.

Harris returned to Columbus for another camp just a few months later, which would actually turn out to be his most recent visit. He once again spent time with Johnson and then posted some ridiculous testing numbers (including an unofficial 4.6-second 40-yard dash) for someone his size — and would have notably placed Harris among the leaders at his position in the 2020 NFL Combine.

The Scarlet Knights and Wolverines would be the biggest beneficiaries of an accelerated timeline, meanwhile, as the Aggies and Tigers face a similar numbers game as the Buckeyes.