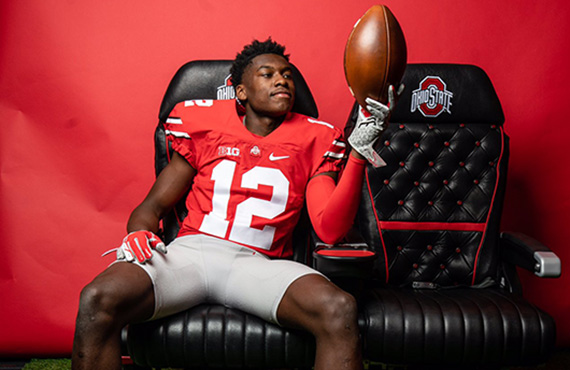 The 6-2, 178-pound Dunn is considered the 22nd-best athlete and No. 318 prospect overall in the class of 2021, as he recorded 37 tackles and an interception to help the Spartans to the state playoffs last season.

Dunn has been in contact with the Buckeyes since he attended the 28-17 win over Penn State last November, and he finally landed an offer from head coach Ryan Day and defensive coordinator Kerry Coombs during another unofficial visit on March 4.

Ohio State immediately picked up a pair of 247Sports crystal ball predictions, though it’s worth noting Dunn’s father, Mitchell, attended Miami and played for the Hurricanes’ basketball team in the mid-1990s.

Ohio State has not signed a player from the Bluegrass State since Louisville (Ky.) Trinity three-star cornerback Rodjay Burns in 2016. He played in seven games as a true freshman, returning an interception for a touchdown in the season-opening win over Bowling Green, but transferred to Louisville the following offseason.

The Buckeyes are among the favorites to land Lexington Frederick Douglass four-star offensive guard Jager Burton, as well, so there’s a chance that dry spell comes to an end this cycle.