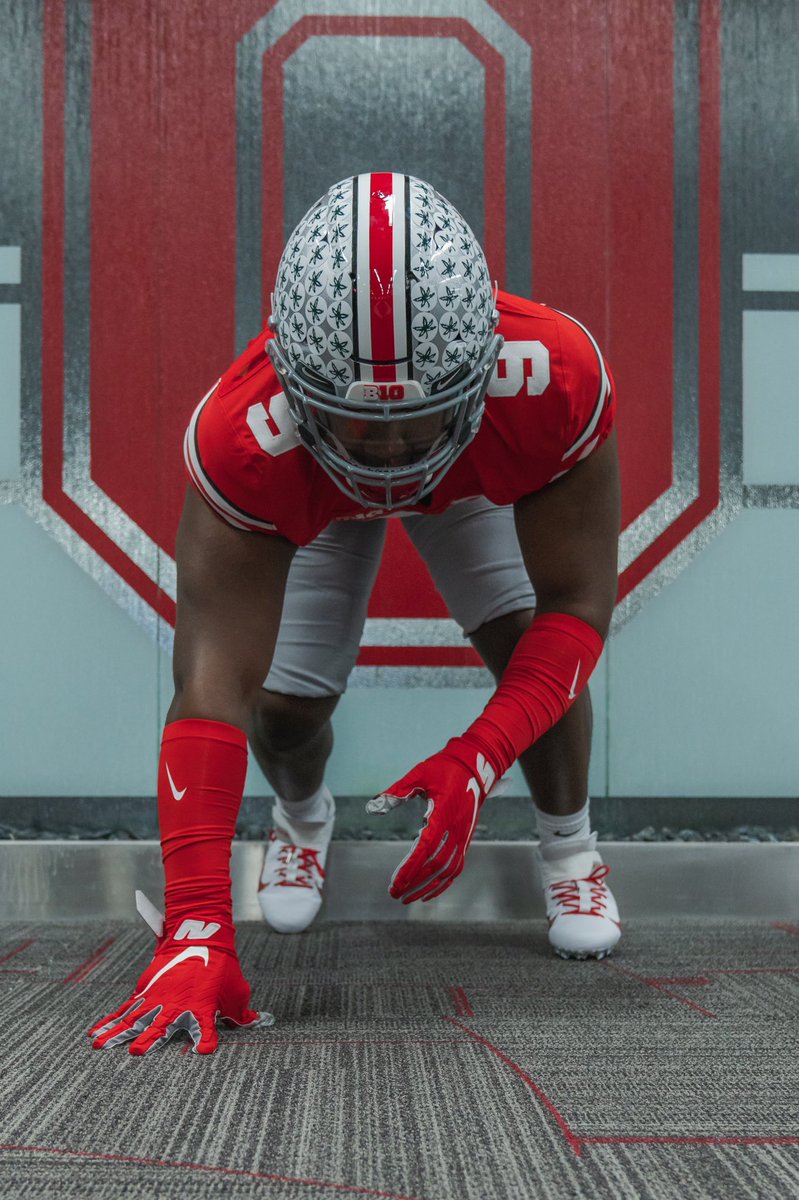 Of the top 11 players in the state, Ohio State now holds pledges from six, with Hall joining No. 1 DE Jack Sawyer, No. 2 OT Ben Christman, No. 3 WR Jayden Ballard, No. 6 LB Reid Carrico and No. 11 S Jaylen Johnson. Ohio State’s class could include as many as nine of the top 11 Ohio products, with No. 5 HB Corey Kiner, No. 8 DE Najee Story and No. 10 S A.J. Kirk all expressing interest in the Buckeyes, though Kiner appears to be the most likely in-state product to join the rapidly growing class.

Hall picked up his offer from Ohio State in October after an excellent start to his junior season. After a visit to Columbus the next month for Ohio State’s win over Penn State, the Buckeyes became the team to beat, and the 14 other schools that had offered Hall, including Florida State, Kentucky, Michigan State, Minnesota and Penn State, quickly fell out of the race. A strong relationship with defensive line coach Larry Johnson cemented Hall’s interest in his home-state school.

Hall’s commitment came a bit sooner than expected, as he had originally planned to announce on his birthday in June.

The pledge gives Ohio State two defensive linemen in the 2021 class, with Sawyer likely to set up as a strongside end while Hall, who checks in at 6-3, 290 pounds, will play on the inside. After a 2020 class with three defensive line signees in Jacolbe Cowan, Ty Hamilton and Darrion Henry, Ohio State will likely look to add two more commitments up front in the 2021 class. With two targets already in, Ohio State can now afford to wait out the recruitments of five-star targets like DT J.T. Tuimoloau, DE Landon Jackson or DE Tunmise Adeleye.

It also secures Ohio State’s place as the top team in the 2021 team rankings, jumping back above Clemson after the Tigers’ massive junior day weekend that netted them four commitments. The Buckeyes sit at 217.56 points, while Clemson has 203.60.