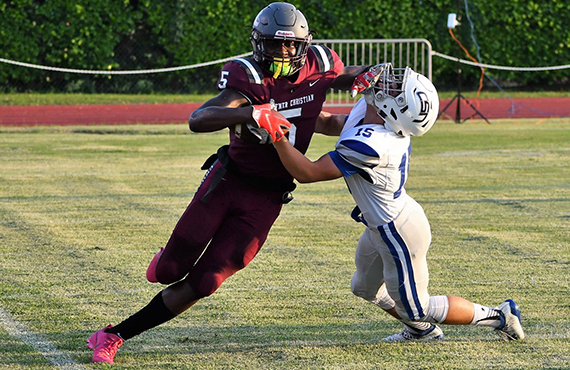 The 6-4, 208-pound Trigg is considered the fifth-best tight end and No. 153 prospect overall in the class of 2021, as he hauled in 82 passes for 1,323 yards and 18 touchdowns to lead Seffner (Fla.) Christian Academy to the state semifinals last season. He reportedly transferred schools earlier this month after a fellow student made derogatory comments amid the nationwide protests over George Floyd’s death while in police custody.

Trigg landed an offer from the Buckeyes when offensive coordinator and tight ends coach Kevin Wilson dropped by his former high school during the evaluation period in late January. He has not been to campus in the months since due to the coronavirus pandemic, but the staff hopes he’ll make his first trip to Columbus whenever the NCAA-mandated dead period comes to a close.

Ohio State already holds a commitment from one tight end in Aurora (Colo.) Cherokee Trail three-star Sam Hart, and the plan is to add another this cycle. The Buckeyes could soon fill that need, though, as Savannah (Tenn.) Hardin County four-star Hudson Wolfe expected to make a decision among Alabama, Georgia, Ohio State, Ole Miss and Tennessee in the coming weeks.

If Wolfe does pick another school — which is a strong possibility given a late push from the home-state Volunteers — Trigg’s interest in the Buckeyes becomes even more notable.