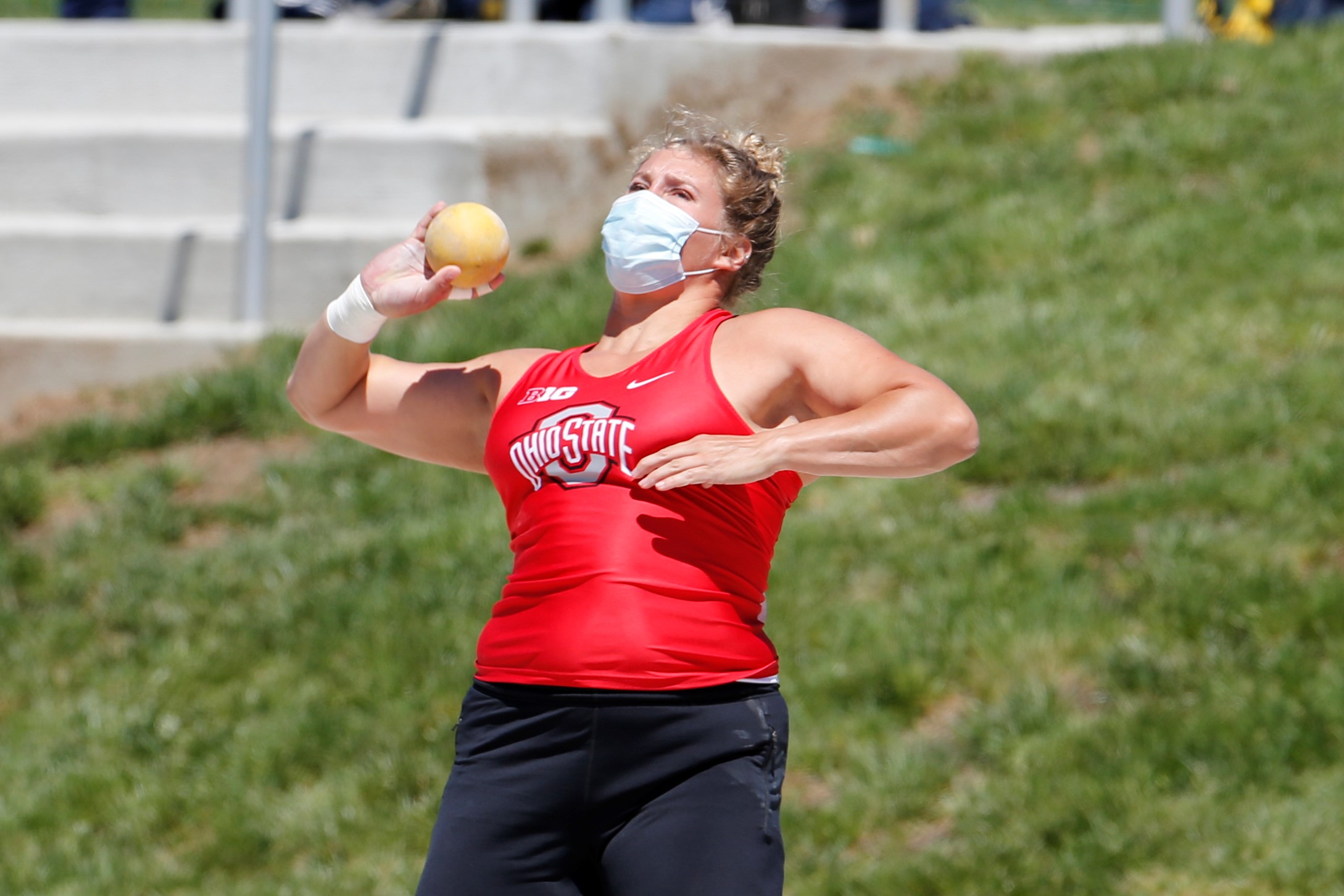 Ohio State women’s track and field star Adelaide Aquilla just keeps getting better. After she started off her year with a pair of indoor shot put titles – first in the Big Ten and then at the NCAA championships – and continued it with the full sweep of the same events in the outdoor season, the rising senior has one-upped herself once again. Late Thursday night, Aquilla qualified for the U.S. Olympic track and field team in shot put.

Aquilla saved her best for last at the trials, too. She qualified for the finals with a fifth-place finish on an 18.61m throw in the first round before launching an absurd 18.95m in the finals to claim third place, with the top three throwers advancing to the Olympics in Tokyo, set for July 23 through August 8, 2021.

She finished behind Jessica Ramsey (20.12m) and Raven Saunders (19.96m). The former is a new trials record, while the latter comes from a 2016 Olympian in Saunders.