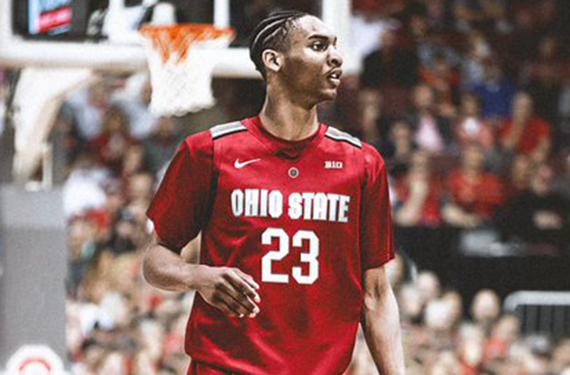 The 6-5, 180-pound Johnson is considered the sixth-best shooting guard and No. 31 prospect overall in the class of 2020, as he averaged 25.3 points, 9.4 rebounds and 3.7 assists per game to lead the Feet (get it, Webb Feet?) to the state championship game last season.

Johnson landed an offer from head coach Chris Holtmann and assistant Jake Diebler back in May and subsequently listed the Buckeyes among his Top 3 schools. He then took an official visit to Columbus over the weekend of June 28-30.

Diebler recent hiring made a significant impact in Johnson’s recruitment, as their relationship dates back to the coach’s stint as an assistant at Vanderbilt.

“As soon as he got there, that put my foot in the door there,” Johnson told HoopSeen’s Justin Young during Team USA Men’s Basketball minicamp in Colorado, coincidentally where Ohio State head coach Chris Holtmann is assisting. “I had a great official visit there. I really like the campus there.”

The Buckeyes have just one open scholarship and zero commitments for the current recruiting cycle, and Johnson is among the staff’s top priorities. He is set to make his college decision on Aug. 6, but most prognosticators believe he’ll ultimately end up with the Volunteers.