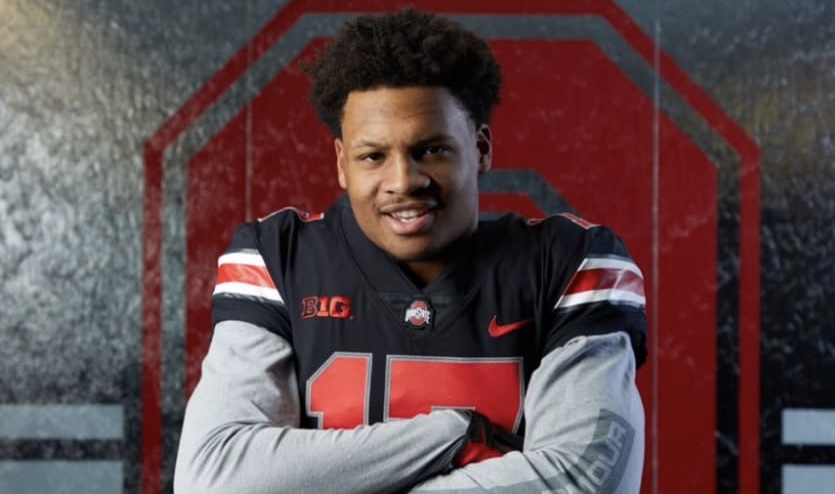 I’d like to thank God, my family, friends, and coaches.
Committed to The Ohio State University. #Gobucks

Melton is the No. 657 overall prospect and No. 43 outside linebacker in the country, and the No. 19 recruit out of Maryland.

The Olney, Md., native displayed athleticism at his size at The Opening, running the 40-yard dash in 4.87 seconds and completing the 20-yard shuttle in 4.27 seconds. He also jumped 32.1 inches in the vertical leap.

At outside linebacker, Melton often defended the pass as well as the outside run. He showed excellent instincts on the edge, and delivered the boom to many who crossed his path.

The Buckeyes offered Melton on Dec. 3, and he took his official visit June 14.