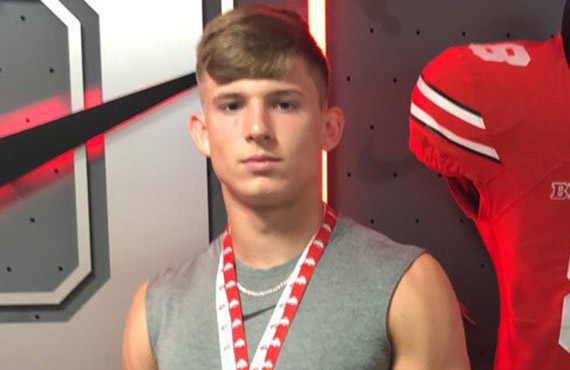 Glouster (Ohio) Trimble quarterback/defensive back Cameron Kittle announced on Friday he has accepted a preferred walk-on opportunity at Ohio State.

The 6-0, 175-pound Kittle was a three-time all-state quarterback who led the Tomcats to the state playoffs in each of his three seasons as a starter. The Buckeyes already have seven quarterbacks on the roster for the 2020 season, though, including starter Justin Fields; fifth-year senior Gunnar Hoak; early enrollees Jack Miller and C.J. Stroud; and walk-ons J.P. Andrade, Jagger LaRoe and Danny Vanatsky, so — judging by his commitment graphic — Kittle will begin his college career as a defensive back.

Kittle’s relationship with the Ohio State staff dates back to last May when he was hosted on an unofficial visit by assistant director of player personnel Justin Perez, director of high school relations Ed Terwilliger and executive director for football relations Tim Hinton. He then returned for another unofficial visit for the Buckeyes’ 42-0 win over Cincinnati in early September.