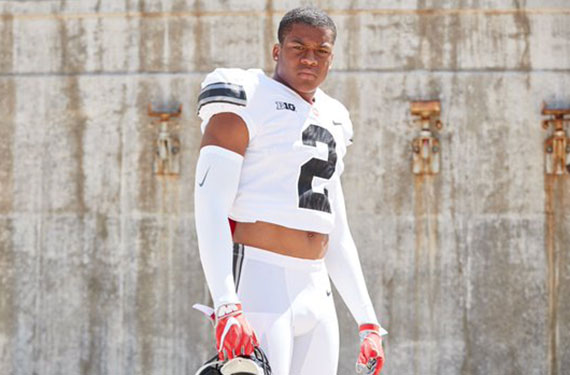 Already an important date on the calendar with college football’s recruiting dead period coming to an end, Wednesday became even more significant for Ohio State when Bellflower (Calif.) St. John Bosco four-star athlete Kourt Williams pledged his services to the Buckeyes this evening.

I would like to thank all the colleges for recruiting me and giving me an opportunity to attend their university. Without further ado, COMMITMENT VIDEO YOUTUBE LINK BELOW‼️‼️
Kourt Williams II (aka Deuce) Commitment Video🔥🔥 https://t.co/l7Jg3oiXU8 via @YouTube

The 6-1, 216-pound Williams is considered the 12th-best outside linebacker and No. 163 prospect overall in the class of 2020, as he recorded 74 tackles, two sacks and two pass break ups to lead the Braves to the state semifinals last season. But co-defensive coordinator and safeties coach Jeff Hafley believes he’s a perfect fit for the newly implemented hybrid linebacker/safety position known as the “Bullet.”

The Buckeyes extended an offer to Williams — who attends the high school that produced current offensive guard Wyatt Davis and one-time safety commit Jaiden Woodbey — during his unofficial visit in March. His relationship with Hafley blossomed from there, and ultimately allowed Ohio State to stay in the picture as Williams took official visits to other schools throughout the spring.

Williams only took four of his five allotted official visits, the last to Columbus the weekend of June 21-23. That trip alongside his parents solidified the Buckeyes’ spot at the forefront of his recruitment.

Williams becomes the 22nd member of Ohio State’s 2020 recruiting class, joining Michigan three-star athlete Cameron Martinez as someone who could potentially play the “Bullet” position at the next level. If that’s ultimately the case, he’ll be reunited with one of his good friends in California four-star cornerback Clark Phillips IIII in the Buckeyes’ defensive backfield.