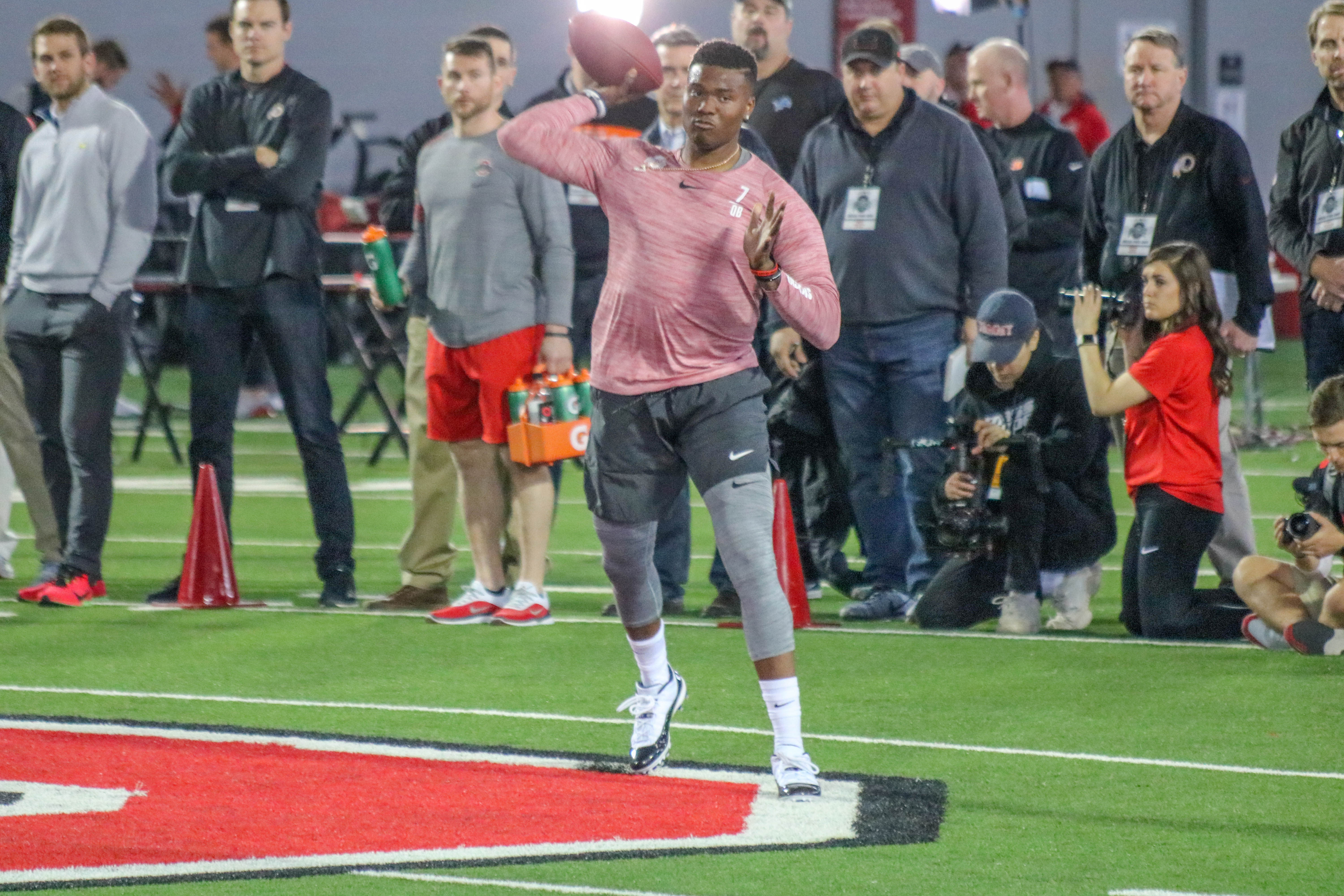 After four months of declarations, meetings and training, fourteen eligible Buckeyes are in position to reach their dreams as they officially enter the 2019 NFL draft.

Among the players from the 2018 team, defensive end Nick Bosa (2016-18) and quarterback Dwayne Haskins (2016-18) highlight the Ohio State products projected to be selected Thursday when the draft kicks off at 8 p.m. ET on ABC/ESPN/NFL Network.

After the draft winds through the first round Thursday, the action in Nashville, Tenn., resumes Friday when rounds two and three get underway at 7 p.m. ET. The action wraps up Saturday with rounds four through seven, starting at 12 p.m. ET.

“To have an opportunity to be an early draft pick is a dream of mine since I was a little kid,” Haskins said. “I’m just giving it all I got, every opportunity that I get with every team.”

Beyond just Bosa and Haskins, who have largely been considered top-10 locks, several other former OSU stars are pegged as high-round possibilities.

Wide receivers Parris Campbell (2014-18), defensive tackle Dre’Mont Jones (2015-18) and offensive lineman Michael Jordan (2016-18) have long been believed to be among the best at their positions before they declared for the draft.

Meanwhile, wide receiver Terry McLaurin (2014-18) and running back Mike Weber (2015-18) saw their stocks soar after they competed Feb. 26-March 4 during the NFL scouting combine at Lucas Oil Stadium in Indianapolis and built off those performances March 20 during the Buckeyes’ pro day at the Woody Hayes Athletic Center in Columbus.

“I can just sit back, stay in shape, eat well, relax a little and then, for right now, whatever happens happens,” Weber said.

“I just know, at the end of the day, I’m really blessed from God,” Dixon said. “He put me in a great position to not only just be a good football player, but as a person outside of (the game).”