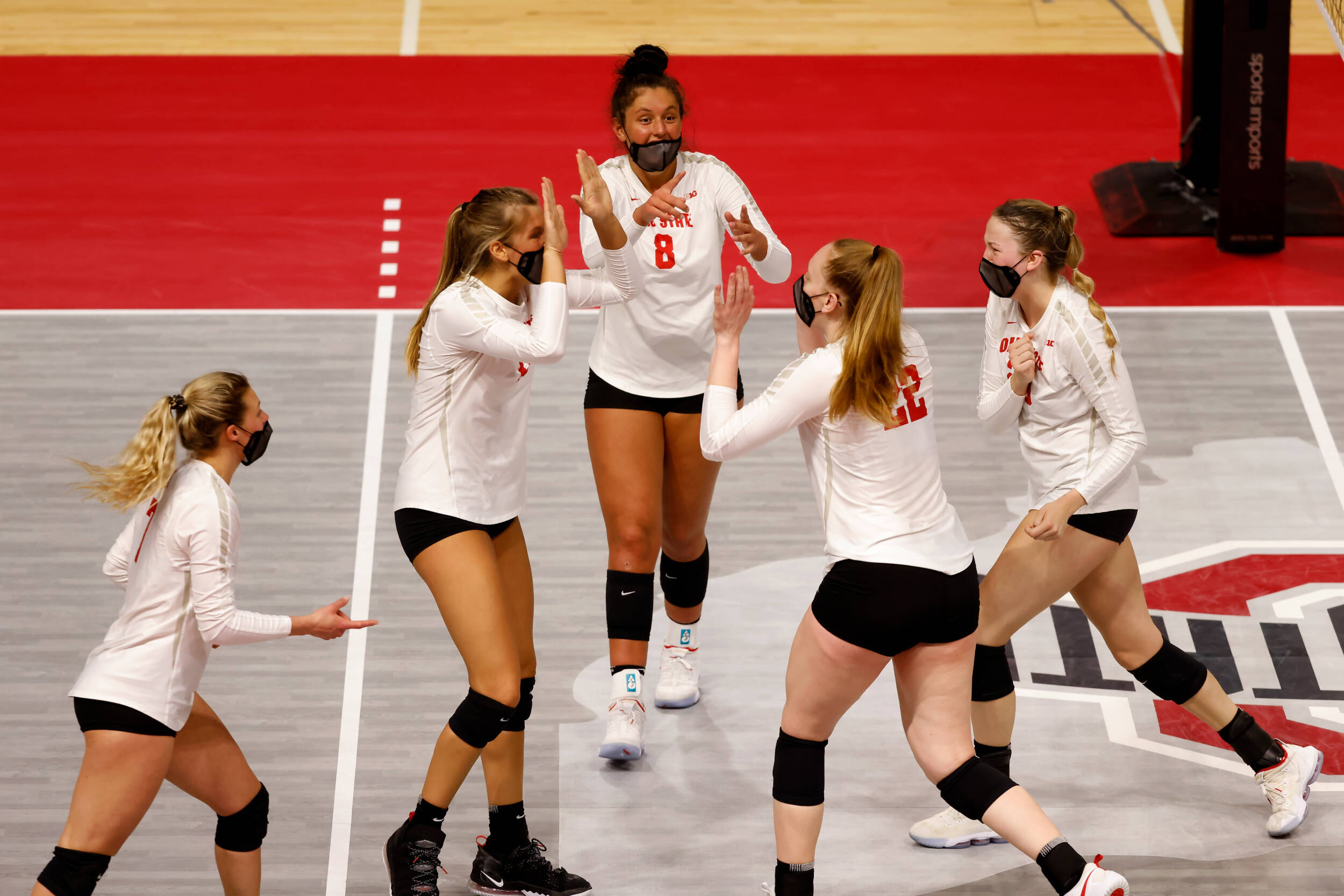 No. 9-seeded Ohio State will make its NCAA tournament debut under first-year head coach Jen Flynn Oldenburg today at Noon at the CHI Health Center in Omaha, Neb., against No. 25 Missouri. The match will be aired online at ESPN3, available for anyone with a cable subscription.

This will be Ohio State’s first tournament appearance since 2016 and its 23rd overall. The Buckeyes hold a 35-23 record in those first 22 trips to the postseason and has advanced to the regional semifinals 16 times. The Buckeyes put up an impressive 15-3 record in the always tough Big Ten to earn this seed.

“I’m excited,” Oldenburg said in an interview with BSB ahead of this matchup. “I’m excited for the season we had in the Big Ten. This is just one of those weird years, and I didn’t know what to expect. I thought we would be pretty good, but the level we played at for a long period of time against good teams, that (caught me off guard). I think that that experience put us in the position that we are in right now and gave us a national seed in a weird tournament, but it also gives us a path to continue to build and grow on what we’re doing.”

“I was surprised at first, because there are just so many great freshmen this year in the Big Ten,” Londot told BSB in an interview on April 13 “I’m super honored to get the recognition for that. I definitely could not have done it without my whole team, the coaches and everyone. The backcourt passing good balls and the setters getting up there and giving me good balls to attack, I think it’s a whole team effort that shows through me.”

Missouri tore through South Dakota in straight sets in its first round matchup, 25-21, 25-17, 25-15. Senior Kylie Deberg led the way, as she has all season for the Tigers, notching 16 kills and 10 digs with a .481 hitting percentage. Andrea Fuentes, Anna Dixon and Dariana Hollingsworth-Santana were named top performers along with Deberg.

“It required us to rely on one another and solve a tough problem together as a group,” head coach Josh Taylor said. “We did a pretty nice job of that. Towards the end the match, we saw a little more consistency with addressing that early on, finding a solution to the problem we were facing, and going from there. So, I was happy with how we consistently got better.”

With a win, Ohio State would advance to take on either Morehead State, which won its first round matchup against Creighton in five sets, or No. 8-seeded Florida. The Gators went 19-3 in the regular season and finished second in the SEC behind No. 2 Kentucky.