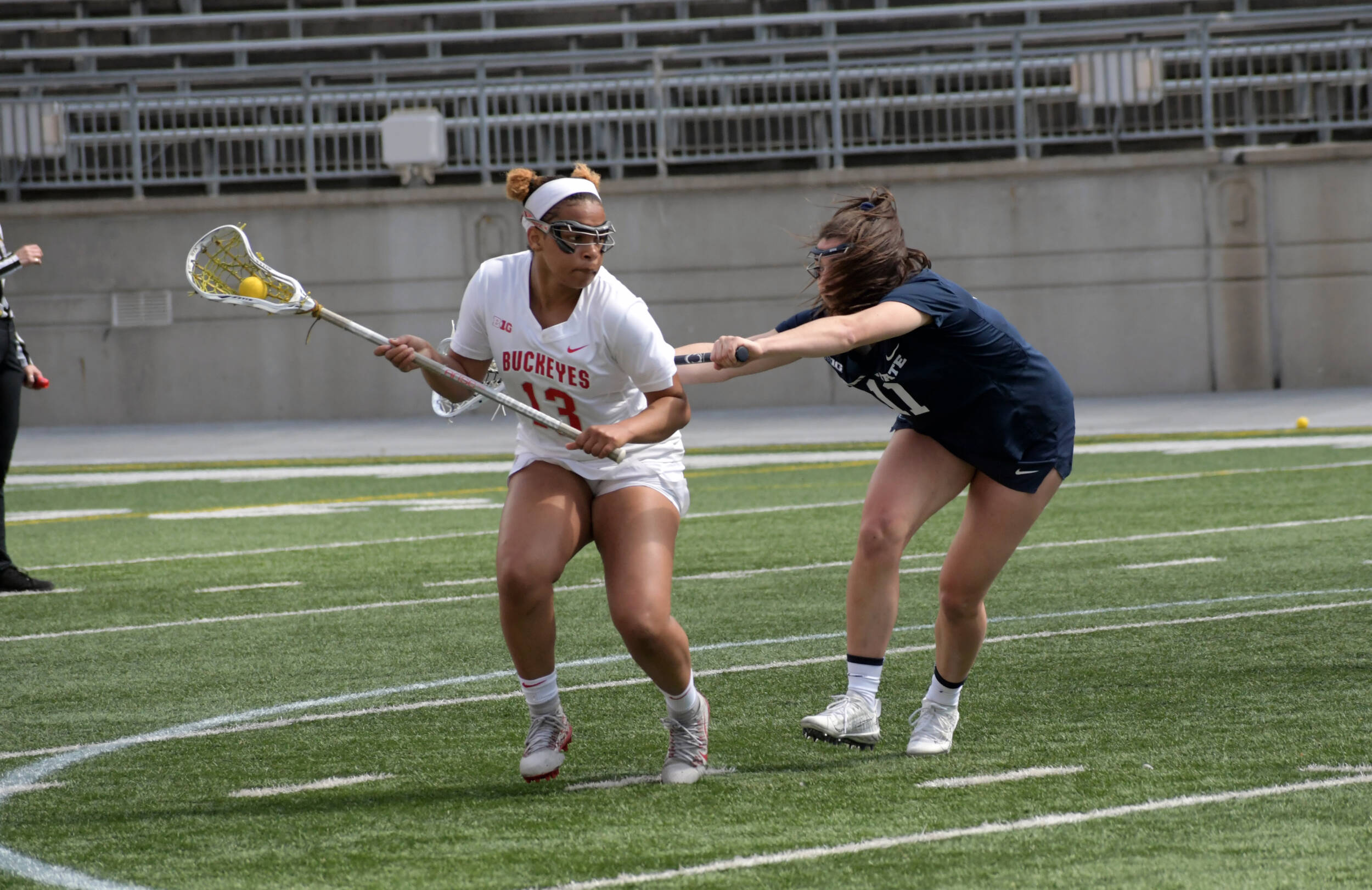 Two Ohio State women’s lacrosse players were honored for their standout performances this week in a two-game series sweep of No. 10 Penn State. Chloë Johnson and Jillian Rizzo were both selected for the weekly honors, with Johnson being named the Big Ten Midfielder of the Week and Rizzo earning the Defensive Player of the Week moniker.

Johnson was dominant for the Buckeyes in midfield against the Nittany Lions, notching 19 draw controls, a goal, two assists and three points and forcing two turnovers in the two games combined. Her lone goal came in the waning moments of game one and pushed Ohio State’s lead to two, bolstering its grip on the game and helping to secure the victory. She had a career-best 12 draw controls in game two, the most for a Buckeye in a single game since 2016.

She has 28 draw controls, eight points, with six goals and two assists, and six ground balls this season.

Rizzo, meanwhile, was unflappable in the net. She had 19 saves in the two games combined while allowing just 12 goals in game one and nine in game two, both below Penn State’s season average. This is her third time being selected for the award.

She’s second nationally with 97 saves on the year and stands alone as the all-time Ohio State saves leader with a record 758 saves in her career.

Ohio State has two games remaining, both at home, as it will host Northwestern on April 10 and Michigan on April 16.