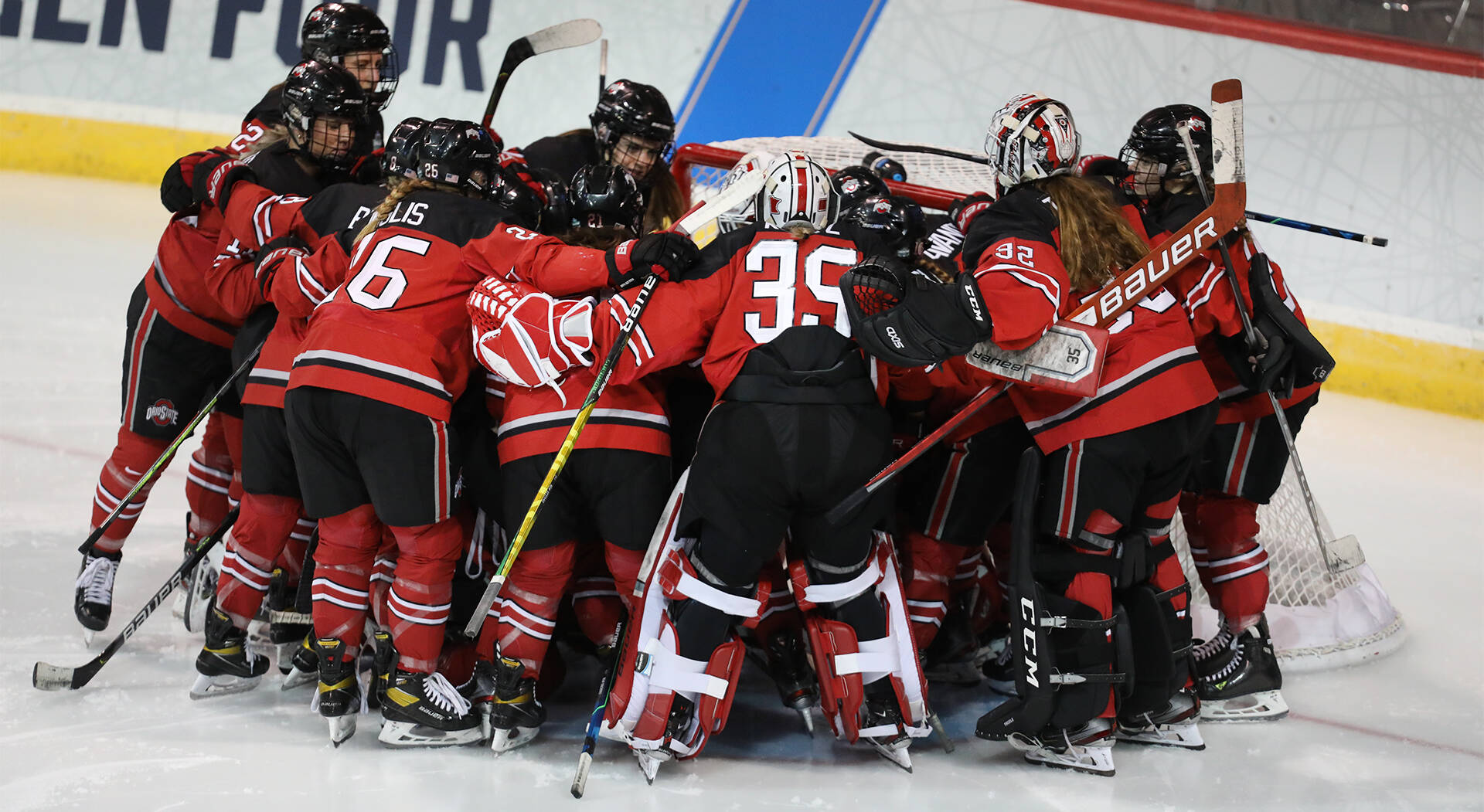 Ohio State’s season came to an end just short of the national title game last week for the second time in head coach Nadine Muzerall’s five-year tenure with the Buckeyes. Ohio State fell to Wisconsin 4-2 in the semifinals of the Frozen Four, closing a 13-7 campaign that saw Muzerall continue to establish her program as one of the nation’s best.

That program got a bit stronger on March 22, when senior forward Liz Schepers shared to Twitter that she plans to return to Columbus, taking advantage of the extra year of eligibility granted to all collegiate athletes.

“Never been more proud to be a Buckeye,” Schepers posted. “Thank you to everyone that fought to make this season happen in a year where athletics did not need to be prioritized. This team made every challenge and every sacrifice worth it. See you next season.”

Schepers, who scored 15 points this season, has been a staple on the first line for the Buckeyes since arriving in Columbus, teaming up with seniors Emma Maltais and Tatum Skaggs to make one of the best attacking lines in the nation. While Skaggs has not yet announced her intentions for the extra season of eligibility, Schepers isn’t going to be alone in returning to that line even without Skaggs, because Maltais is also using the extra season of eligibility.

That leaves the Buckeyes with just two seniors unaccounted for (not including Skaggs) in backup goalie Lynsey Wallace and defender Lisa Bruno. On a team that saw several underclassmen break through, including freshman forward Jenna Buglioni, Ohio State looks to be a favorite to contend for the tile once again with several seniors back. Muzerall took the chance to praise her senior class prior to Ohio State’s matchup with Wisconsin, calling it a very special group.

“This senior class is very special,” Muzerall said. “They came in my second year when our program completely changed. Their freshman year they got to go to the Frozen Four, and when they signed up to go to Ohio State, there was never that opportunity. It’s one thing for a coach to come in and try to change a program and talk philosophies and cultures, but it’s the athletes that have to implement them and walk it and make it real life. This program, this senior class is particularly valuable because of their leadership, because of their experience that they’ve had, being on the national stage, and they are our culture.

“They are very much respected and appreciated and role models for these young players. They’re living on the tradition, and they’re going to prolong that tradition of excellence here at our program.”