With Meyer Back, Day Is Still Key For Ohio State 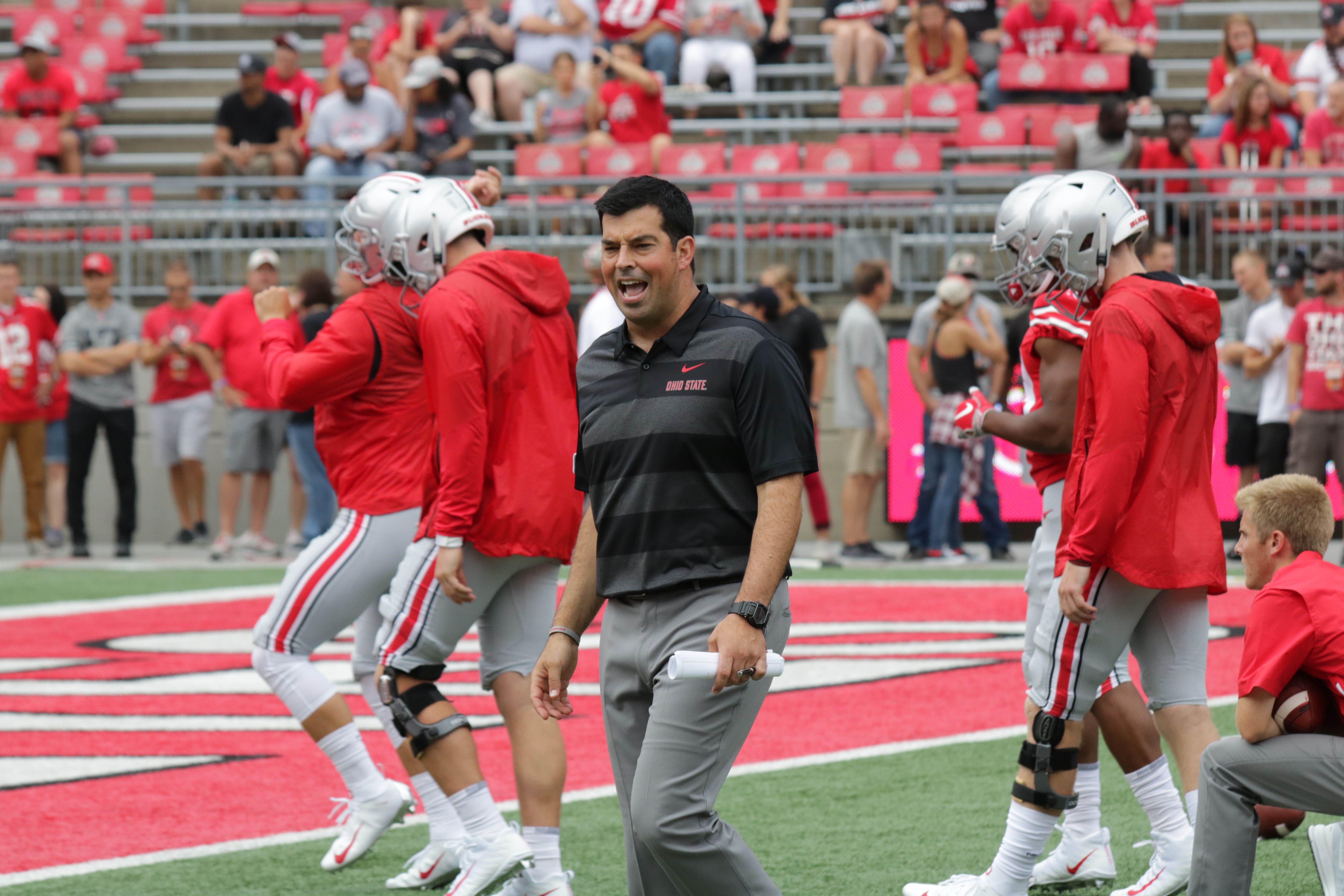 Meyer had missed each of Ohio State’s first three games after being suspended for mishandling the employment of former assistant coach Zach Smith. He watched those games from home but, with his game day suspensions over as of Sept. 16, he’ll be the man leading the Buckeyes out of the tunnel for their matchup with Tulane at 3:30 p.m.

But, just because Meyer will be the one giving the pregame speech and deciding when to go for it on fourth down, offensive coordinator/quarterbacks coach Ryan Day – who served as acting head coach in Meyer’s absence – will still have a key role for the Buckeyes.

Day has led Ohio State to a high-flying start and Meyer has said that he’ll be hands-off with the offense, allowing Day and coordinator/tight ends coach Kevin Wilson to continue running the show.

“It’s one less thing to worry about,” Day said when asked how his role changes without the title of acting head coach, “but the job of coaching the quarterbacks with Kevin and the rest of the guys on our offense – it’s still a major task. It takes a lot of work and we’re getting ready to work early in the morning and leave late at night never stop quite thinking about our jobs.

“So it’s our responsibility to make sure we’re doing the best we can for these kids. So it’ll be the same this week.”

Last season, Day coached from the press box alongside Wilson. For the first three games, of course, he was on the sidelines as acting head coach. That setup – after three successful games and three wins – will continue, with both Meyer and Day coaching from the field.

“There’s been a comfort level there for the quarterbacks and myself calling it, being down on the field in between series, communicating,” Day said. “I do think that now, this week, we’ll be able to be down on the bench with the guys on offense, with the quarterbacks and kind of discuss what happened throughout the last series and make some in-game adjustments there on the bench where maybe the last couple of weeks I wasn’t able to do that because I was kind of watching the defense and watching the special teams and making sure I was ready for that.”

That freedom will allow Day to focus on a more finite number of tasks, and Meyer will be left to focus on everything else. For Ohio State, that means both coaches are key to the team’s success, and it means Meyer’s return could boost the Buckeyes even more after a high-flying start.