What We Learned: Ohio State Routs Tulane 49-6 Prior To Penn State Showdown 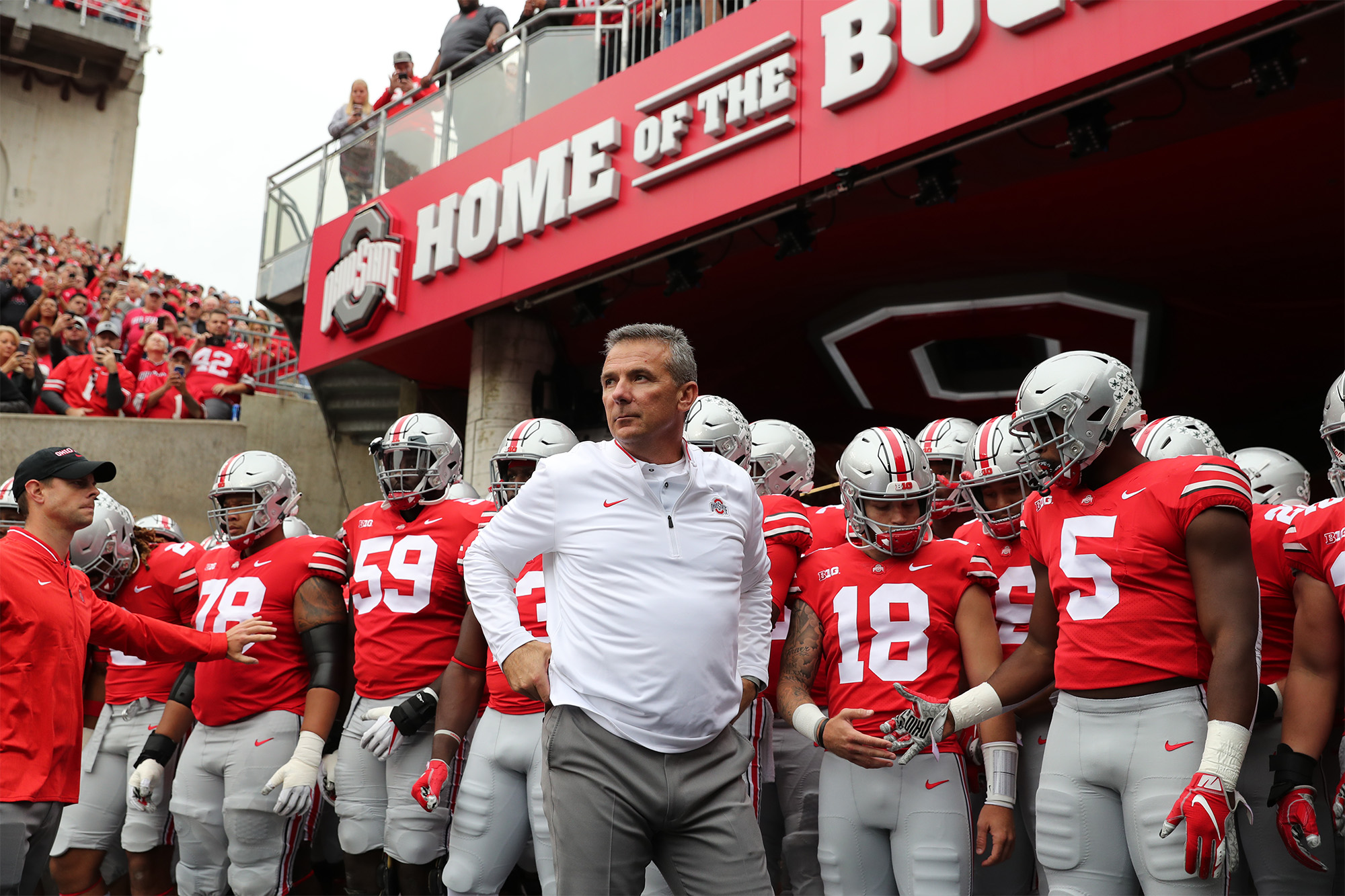 Head coach Urban Meyer returned to the sideline, but Ohio State stayed the same. With autumn in the air Saturday afternoon at Ohio Stadium, the No. 4 Buckeyes continued their early-season dominance as they capped the nonconference slate with a 49-6 rout of Tulane.

When Parris Campbell came back to Ohio State after he pondered the NFL draft in 2017, his reasons cited unfinished business. From the Buckeyes’ collective goals to Campbell’s individual improvements, the H-back wanted to show he had more to his skill set than solely speed. Through three games, the fifth-year senior flashed with 11 catches for 152 yards and three touchdowns.

In week four, Campbell took an entire step up when he nearly matched those numbers and went off for his game-high eight receptions for 147 yards and two touchdowns against Tulane. Whether it was short, intermediate or deep, Campbell showed immense improvement as an all-around receiver. Among the eight grabs, though, one underlined his overall progress from the past year.

In the second quarter, sophomore quarterback Dwayne Haskins hit Campbell for a deep touchdown to blow open OSU’s rout. On the 37-yard haul, Campbell hugged the left sideline and corralled Haskins’ pass in stride. Last year, vertical passes hindered Campbell. Now, however, those struggles appear to be in the rearview.

Ahead of Tulane, Meyer mentioned earlier in the week how he planned to serve his role as a game manager and let Ohio State’s offensive coordinators run the show. From the Buckeyes’ first possession until the clock hit zeros, he stayed true to his words. While the plan before the season set the table for Ryan Day and Kevin Wilson to possess more influence on the offense, Meyer admitted before the game against the Green Wave that OSU’s production throughout the first three contests confirmed the move.

For the fourth time in as many weeks, Day remained on the sideline while Wilson collaborated from the booth. The result led to Ohio State’s latest explosion with 570 total yards (419 pass, 151 rush), putting up 42 of its 49 points before halftime. Between the quarterbacks, Haskins (21 for 24, 304 yards, five touchdowns) and redshirt freshman Tate Martell (10 for 14, 115 yards) combined to complete 81.6 percent of their passes. Haskins rushed thrice for five yards while Martell took eight carries for 22 yards and a one-yard touchdown late in the fourth quarter to cap the final score.

Reasonable or not, there were concerns from the fanbase on how much — if at all — Meyer’s return would influence the Buckeyes’ offense. Clearly, Meyer let Day and Wilson run the show. In the long run, Meyer’s trust in the two coordinators could pay dividends as the offense only continues to get better by the week.

Near the end of the season in 2017, Demario McCall increasingly worked with the receivers in practices as he eventually made his move from running back to H-back. The sophomore sharpened his versatility at the position as he completed the transition throughout spring camp, coming into Ohio State’s preseason buried on the depth chart behind incumbent producers such as Campbell and junior H-back K.J. Hill. However, it appears McCall has returned to his roots.

In the wake of the Buckeyes’ action against Brian Snead — the freshman missed OSU’s trip to Arlington, Texas, for an undisclosed disciplinary reason — McCall and freshman Master Teague were the next two up. Junior running back Mike Weber went down in the second quarter with a strained right foot and should be fine for Ohio State at Penn State next weekend, but in the meantime, McCall came back to running back.

As one of the fastest players on the team, McCall remains among the Buckeyes’ weapons, whether it comes on offense or special teams. When his number was called, he flashed with four carries for 26 yards and a long of 15. As long as Weber is good to go, Ohio State’s two-headed attack of the junior and sophomore J.K. Dobbins should provide more than enough for the Buckeyes on the ground. If either of them go down, though, McCall appears to be the next man up for OSU with Snead in the doghouse.

Are the linebackers better than we thought? Through the struggles for Ohio State against the big play in the first three weeks, the position took plenty of outside heat. However, defensive coordinator Greg Schiano’s assessment thought the group played solid.

When the Buckeyes took on Tulane, the linebackers showed impressive depth. Whether it was OSU’s three starters or the rotation’s second line, the position put on a show against the Green Wave. Altogether, the linebackers combined for 17 tackles (2 1/2 for losses) and three sacks. In particular, second-stringers such as Keandre Jones (four tackles, one sack) and fifth-year senior Dante Booker (four tackles, one sack) stepped up.

Regardless of personnel, Ohio State’s front seven were stout at all times. The defense held Tulane to 100 yards on 42 rushes (2.4 per carry). A good amount of the credit there goes to the linebackers, who swarmed the ball and overwhelmed the Green Wave in the backfield.

Ohio State’s outburst in the first half was more than enough for Meyer, who pulled the starters to begin the third quarter. After the Buckeyes raced to a 42-6 lead at the intermission, there was no need to risk anything with their first line of players on either side of the ball. With Penn State up next, the move was no coincidence.

OSU treks east to University Park, Pa., and meets the Nittany Lions for their annual White Out game at Beaver Stadium. In the past, Ohio State has had its fair share of issues in the hostile environment, last dropping its 24-21 upset in 2016. Meyer and company know what they have ahead, which made the move to pull the starters early make most sense.

Meyer has been known to leave starters in through the third quarter, even going as far as inserting them back late in last season’s 52-14 rout of Illinois. The looming battle at PSU provides the Buckeyes their biggest test. Not by coincidence, Meyer’s choice to pull the starters as early as he did was in preparation to keep his team as healthy as possible into its upcoming showdown.