What We Learned: No. 10 Ohio State Keeps College Football Playoff Hopes Alive With 62-39 Rout Of No. 4 Michigan 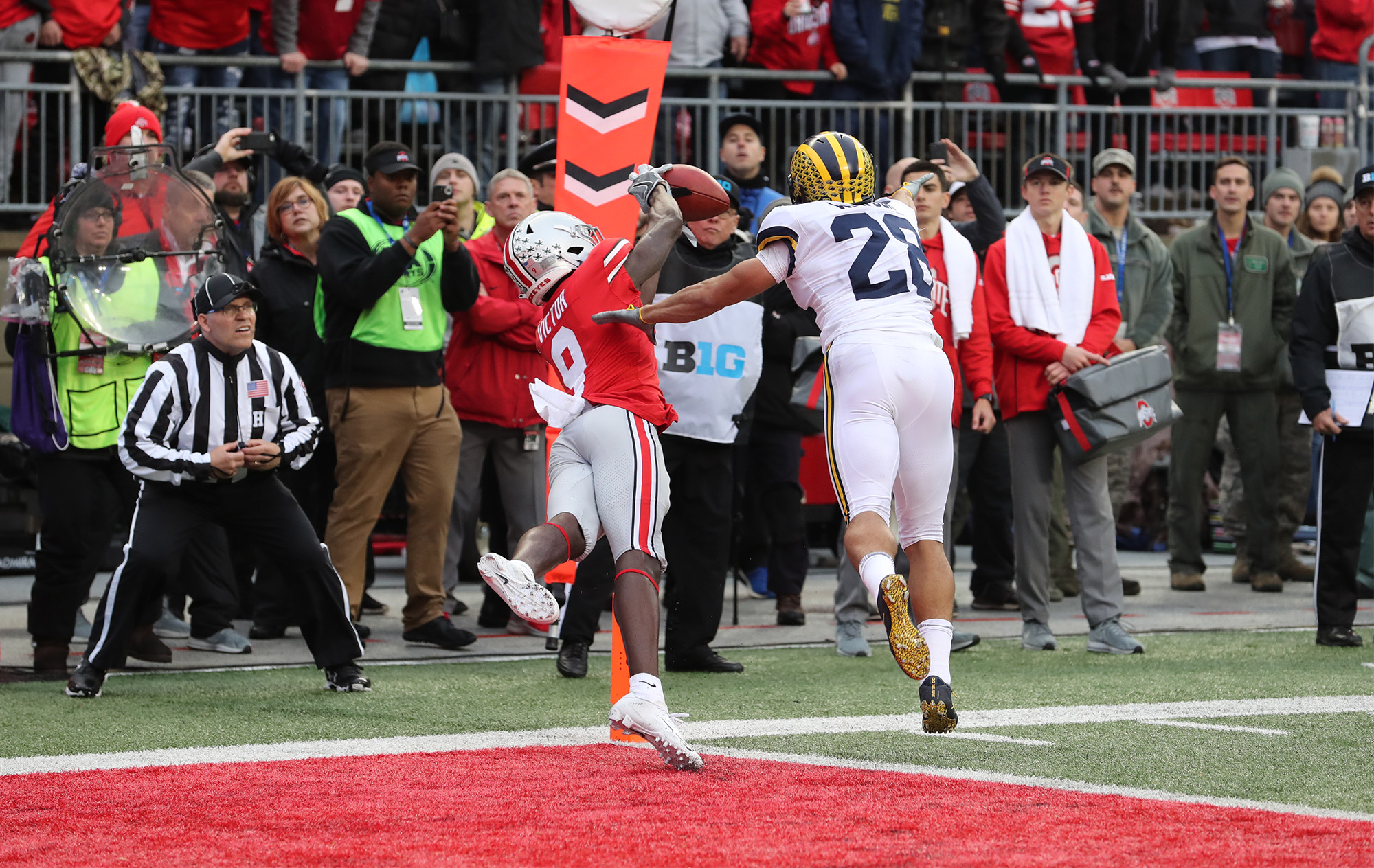 Ohio State overpowered Michigan on Saturday at Ohio Stadium, where the No. 10 Buckeyes flipped the script of being underdogs and delivered a 62-39 pummeling of the No. 4 Wolverines before 106,588 on Senior Day in Columbus.

While another win and some help are elements likely needed to propel Ohio State into the top four, what more was there to glean from the Buckeyes’ regular-season finale? BSB breaks down five OSU takeaways and shares what we learned.

As mentioned above, Ohio State is somehow still in the hunt for the College Football Playoff. The committee has expressed its admiration of Michigan’s defense, which entered the weekend ranked No. 1 in college football with 234.8 yards allowed per game. Through the air (318) and on the ground (249), the Buckeyes shredded the Wolverines for 567 total yards. The balance displayed by OSU was perhaps its best output of the season, coming at a time when the spark was desperately needed in knocking U-M out of CFP contention and sliding itself firmly back into the conversation.

Over the past two months, Ohio State’s struggles have been evident. Despite the up-and-down season, the Buckeyes handled Michigan. OSU head coach Urban Meyer improved to 7-0 since 2012 against the Wolverines while U-M head coach Jim Harbaugh fell to 0-4 since 2015. Harbaugh’s best Michigan team got throttled by maybe Meyer’s worst Ohio State squad, proving how much The Game means in Columbus and showing that the rivalry remains a one-sided affair.

Freshman wide receiver Chris Olave ignited the Buckeyes’ offensive explosion with the team’s first two scores of the game on a pair of 24-yard touchdown hauls from sophomore quarterback Dwayne Haskins. Olave, who scored in the first quarter on a cross and struck again on a go route in the second quarter, caught just two passes for 48 yards but they were arguably OSU’s biggest of the day. Olave even added a game-changing punt block in the third quarter, leading to freshman cornerback Sevyn Banks returning the deflection for a 33-yard touchdown. Wide receivers at Ohio State are taught to do a little bit of everything and, as a first-year player thrust into the fire for injured junior Austin Mack, Olave has made a seamless transition and is a rising star.

Against one of the best defensive lines in the country, Ohio State’s offensive line rose to the occasion. The Buckeyes five-man front of sophomore left tackle Thayer Munford, fifth-year senior left guard Malcolm Pridgeon, junior center Michael Jordan, fifth-year senior right guard Demetrius Knox and senior right tackle Isaiah Prince has taken its fair share of criticism through inconsistent play up front over the course of the season. Facing the likes of Rashan Gary and Chase Winovich, OSU’s linemen — as well as tight ends Luke Farrell and Rashod Berry — stepped up and the offensive balance showed. Most importantly, the unit kept Haskins upright as the Wolverines were unable to record a sack. Redshirt freshman Wyatt Davis replace Knox, who left on a cart after an apparent lower body injury late in the fourth quarter, which might shake up the trenches going forward. However, the position group deserves credit keeping control of the line of scrimmage and fueling the offensive production.

Twelve games in, the back seven of Ohio State’s defense remains its glaring weakness. The Buckeyes allowed U-M to compile 401 total yards, 240 passing, as Shea Patterson carved the secondary. OSU dialed up its pressure up front, sacking Michigan three times and hurrying its quarterbacks on two other occasions — including sophomore defensive end Chase Young’s pursuit of Patterson leading to junior safety Jordan Fuller’s interception late in the third quarter — to create a timely turnover that played into holding the Wolverines. At the same time, Patterson threw for three touchdowns and 187 yards on a 20-of-34 (58.8-percent), continuing a trend that has hindered an embattled defense all season long. If not for Ohio State’s offensive outburst for 62 points — 38 in the second half — the Buckeyes likely lose a game in which U-M piles on more than 30.