What We Learned: Noticeable Changes As No. 4 Ohio State Routs Rutgers 52-3 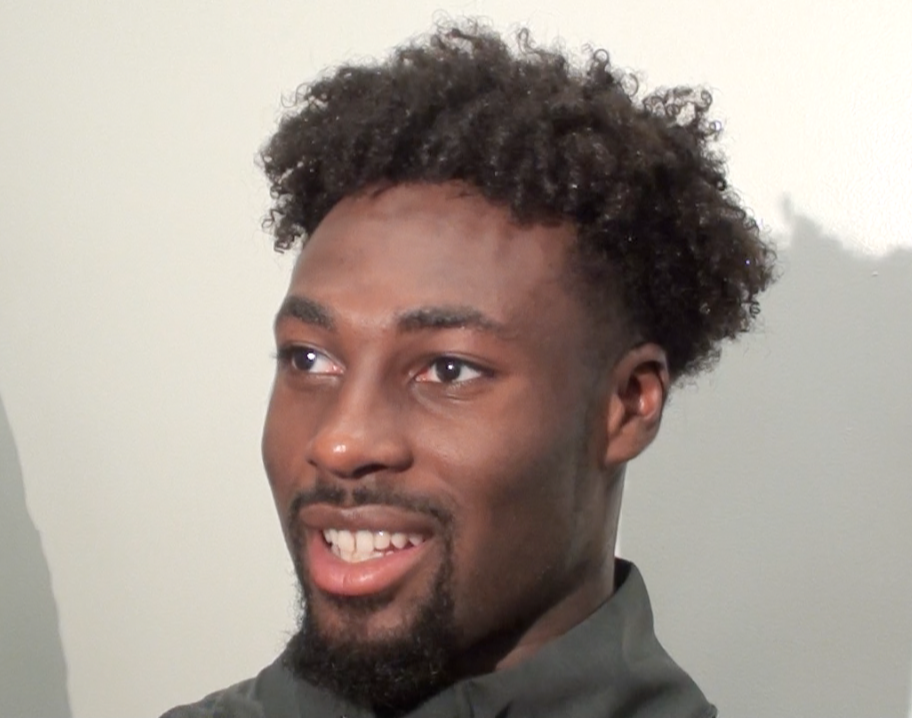 Rutgers might take a leap in head coach Chris Ash’s third year at the helm, but the Scarlet Knights barely budged against Ohio State.

Since its season started Sept. 1 when Ohio State overpowered Oregon State for a 77-31 victory, what changed for the Buckeyes in their week two rout of Rutgers?

1. Tuf Borland and Jordan Fuller are about to be full go for Ohio State’s showdown next Saturday at AT&T Stadium in Arlington, Texas, against No. 16 TCU (2-0). The sophomore middle linebacker and junior safety played extensively with the first-team defense, and their increased number of snaps made the difference as the Buckeyes dominated Rutgers. Borland, who tallied three tackles, played plenty at middle linebacker as he and sophomore starter Baron Browning split time. Fuller, on the other hand, got the start over sophomore Jahsen Wint and complemented sophomore Isaiah Pryor nicely with three tackles and a pass breakup. As the defensive line dropped the Scarlet Knights for three sacks between junior Nick Bosa and sophomore  Chase Young at the ends, Ohio State’s back seven improved significantly as the Buckeyes limited Rutgers to 134 total yards and nearly pitched a shutout.

2. Rain kept fans away, but not Ohio State’s passing offense. The Horseshoe’s 114-game streak of 100,000-plus people in attendance snapped after an announced crowd of 93,057 for Rutgers. While the number largely came on the heels of heavy showers in the forecast, the conditions couldn’t slow down the Buckeyes’ aerial attack. Acting head coach Ryan Day‘s offense passed for 354 yards and five touchdowns on a 30-of-33 clip between sophomore Dwayne Haskins and redshirt freshman Tate Martell. In fact, Haskins was actually better than his Oregon State performance as he went 20 for 23 (87 percent) with 233 yards and four touchdowns in his second career start. In extensive action, Martell dazzled as well with a perfect 10-of-10 mark for 121 yards and a touchdown of his own through the air when he unloaded a 51-yard bomb to fifth-year wide receiver Terry McLaurin at the 11:05 mark of the second quarter.

3. When Ohio State coaches talk about rotating wide receivers and running backs, it’s easy to believe that’s just coach speak, especially when one or two specific players stand out. However, through two games, Ohio State’s receivers and running backs appear to be quite interchangeable. After junior Mike Weber stole the show vs. Oregon State, rushing for 186 yards on 21 carries, sophomore J.K. Dobbins had the hot hand against Rutgers, carrying 12 times for 73 yards and getting his first touchdown of 2018. Weber, who earned his first start since 2016, carried eight times for 31 yards and was held scoreless after finding the end zone four times last week. Meanwhile, at receiver, Johnnie Dixon was the big play man against Rutgers. The fifth-year senior caught four passes for 89 yards and hauled in a pair of scores after grabbing just one pass for 10 yards against Oregon State. Ohio State has backed up its coach speak through two weeks of the season, although it’s possible the rotations are shortened when the Buckeyes battle TCU.

4. In case there were any doubts, Shaun Wade is in Ohio State’s plans. The redshirt-freshman cornerback didn’t get much time with the first-team defense against Oregon State, but Wade was the first defensive back out with the Buckeyes when the defense deployed its nickel package against Rutgers. Wade also collected his first career interception off of backup Giovanni Rescigno, who replaced starter Artur Sitkowski, in the second half. Moving forward, Wade appears to be in Ohio State’s permanent plans as the defense sifts through its talented athletes in the secondary.

5. Penalties piled up for Ohio State, which could hurt the Buckeyes if they do the same next weekend against a competent opponent in TCU. Buried beneath its 49-point pasting of Rutgers, Ohio State quietly received 11 flags for 120 yards. In fact, Young, despite an otherwise dominant performance with two sacks, earned an ejection in the fourth quarter after he picked up the second of his two unsportsmanlike conduct calls. A spokesperson for Ohio State confirmed after the game that Young would be eligible for the entirety of next week’s nonconference tilt, but the Buckeyes ultimately need to clean things up if they expect to escape the Lone Star State unscathed.