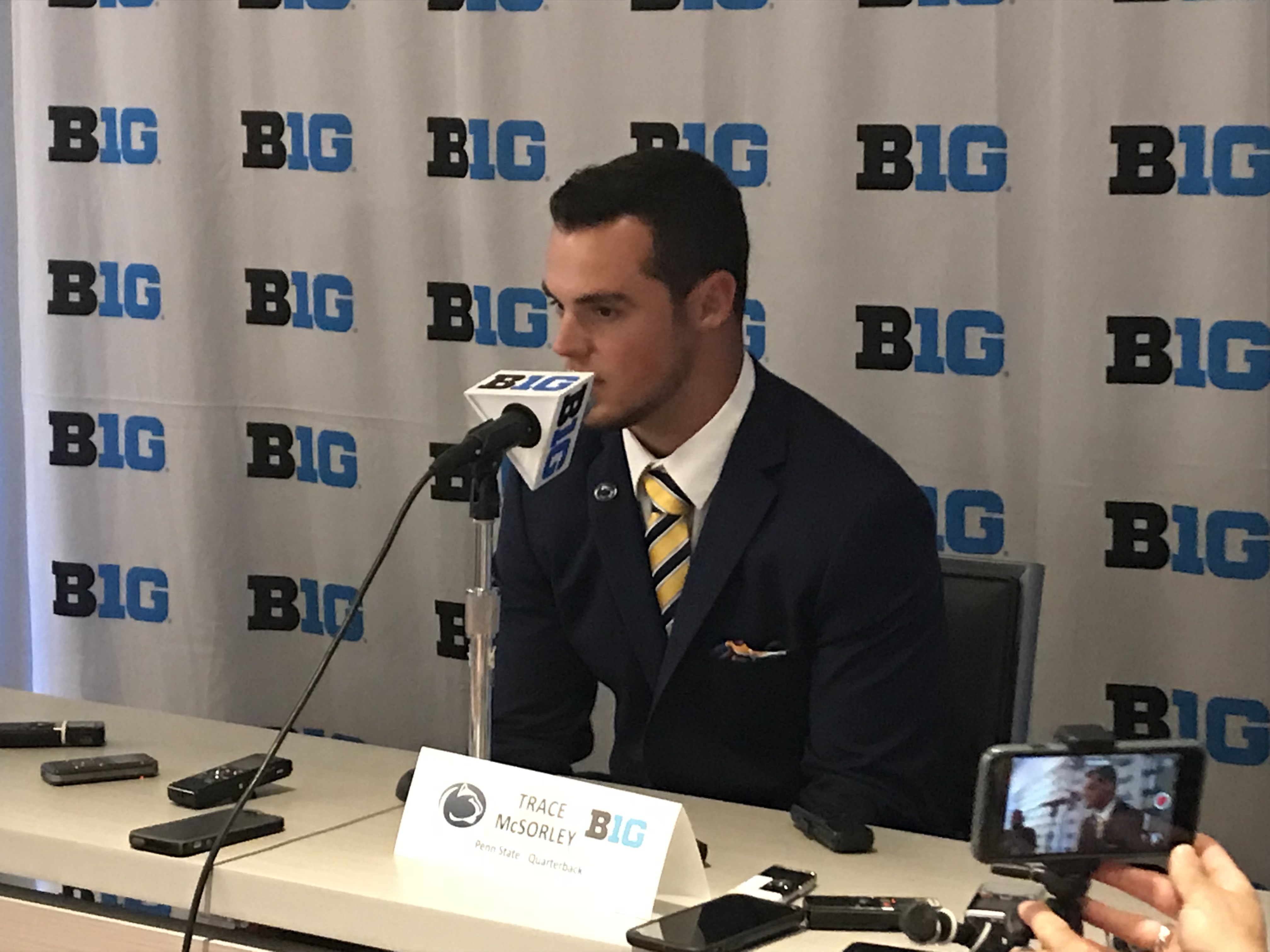 In this space, we usually give you a list of five things to watch for in Ohio State’s upcoming Saturday matchup.

This week however, the Buckeyes are off, likely still licking their wounds from a 49-20 loss to Purdue. While Ohio State won’t take the field this Saturday, there are plenty of matchups Buckeye fans should have on their radar that could play into the final stretch of the season.

We give you the bye week edition of What to Watch For, which includes a top-20 matchup in State College, Pa. and a Noon contest in East Lansing, Mich. that pits the Boilermakers against an angry Mark Dantonio.

Ranked No. 17 in the nation after narrowly escaping Indiana a week ago, Penn State returns home to host No. 18 Iowa. A year ago, Penn State needed last second heroics to walk-off winners against the Hawkeyes as the clock hit triple-zero. The Nittany Lions have struggled at home this year, losing to both Ohio State and Michigan State while nearly being upset by Appalachian State in the season opener.

The intrigue for Ohio State fans shouldn’t be so much in how Penn State looks, but rather Iowa. If the Buckeyes rebound and win out, Iowa is a possible matchup in the Big Ten title game. Everyone knows what happened in Iowa City last year and Ohio State isn’t set for a rematch with the Hawkeyes until 2020.

Iowa hasn’t been tested this season outside of a loss to Wisconsin this season, so it will be interesting to see how they perform on the road against a Penn State team trying to get back into the New Years Six bowl conversation.

2. Can Purdue Maintain Its Momentum?

The Boilers, fresh off of their biggest win in almost a decade, travel to Michigan State for a matchup that has all the makings of a Spartan win.

Mark Dantonio isn’t one to let losses pile up (ignore 2016, if you will) and will have his team ready to play after an offensive let down against Michigan. On the other sideline, Purdue is sure to have some sort of let down in the hangover from their shocking blowout of Ohio State.

If I had to pick, I would take Sparty in this one, but don’t count out Brohm’s Boilers either. That team is playing with perhaps more momentum than anyone in the West division right now and are capable of making it five straight victories.

The Fighting Irish is set to take on Navy in San Diego on Saturday night at 8 p.m., and while the trip to the West Coast is even longer for Navy, its triple-option offense is a nightmare to defend and Notre Dame has struggled defending it in the past.

Navy defeated the Fighting Irish 28-27 in 2016 and came up just short of another upset bid last season in South Bend, falling 24-17 to Brian Kelly’s squad.

The Midshipmen however, are just 2-5 this season and have sputtered in recent weeks, currently riding a four-game losing streak. They don’t have momentum, but that could be what makes them dangerous for Notre Dame this weekend. A team with nothing to lose, combined with a unique offense could have the Irish on upset alert.

A Notre Dame loss would bode well for an Ohio State team that still has aspirations of a playoff appearance. A one-loss conference champion will look better than a one-loss Irish squad, that is unless Notre Dame’s one loss doesn’t come by 29 points to an unranked opponent.

The Badgers have been subpar this season after certain “experts” predicted them for the College Football playoff. Wisconsin was walloped by Michigan and looked largely unconvincing last week against a poor Illinois squad.

This week, they travel to Northwestern as one of four Big Ten West teams that control their own destiny to Indianapolis. The kicker? The Wildcats are also one of those teams.

Should Ohio State win out, one of these four teams are going to be the opponent in Indy. Rematches against Iowa and Purdue are still on the table, but the winner of this game will also be in position to make it to Lucas Oil Stadium.

Texas could become one of Ohio State’s biggest obstacles when it comes to getting into the CFP, assuming the Buckeyes win out. The Longhorns, should they win the Big 12 will likely get a bid to play in the final four. A second loss along the way however, could keep them, and the Big 12 out.

Playing at Boone Pickens Stadium is never easy, although the Cowboys have limped to a 4-3 record this season with losses to Kansas State and Iowa State both on the resume.

Tom Herman’s squad is one of the most improved in the country. It will be curious to see how they stack up against Oklahoma State in a primetime road game.