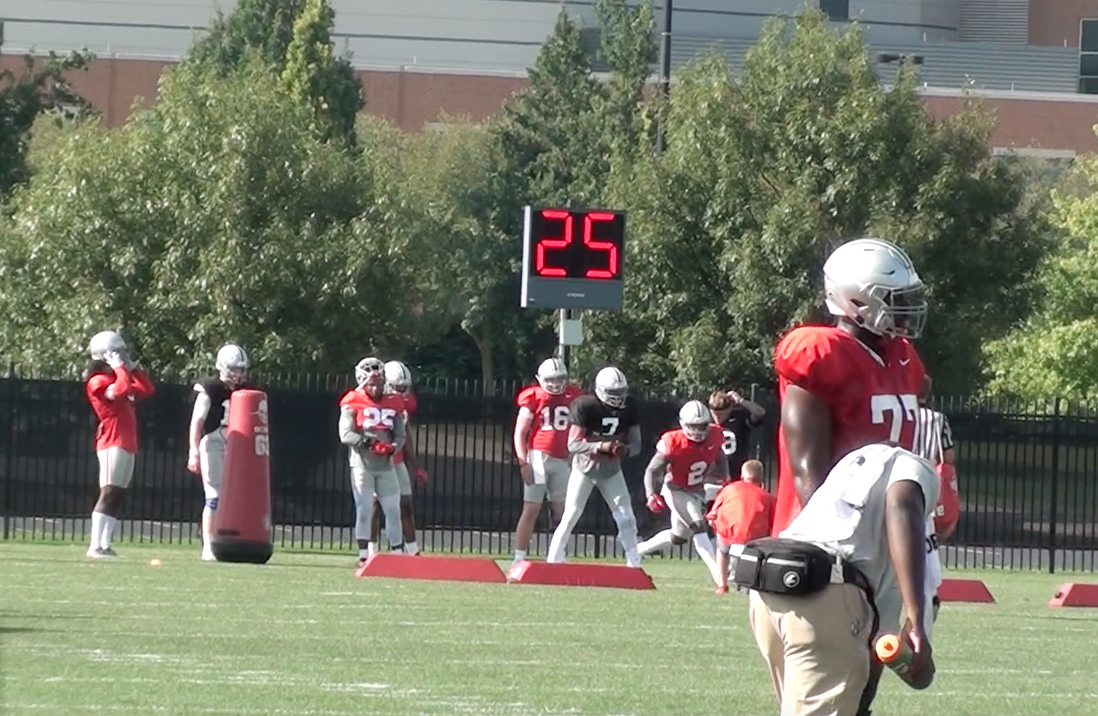 Ohio State opened fall camp to the media for the first time Tuesday as the Buckeyes continued to grind in their fourth practice on the outdoor grass fields at the Woody Hayes Athletic Center. In addition to observations and photos from the workout, BSB captured videos of OSU throughout the early sessions that reporters were allowed to watch. Get a glimpse of the team in action with the highlights below.