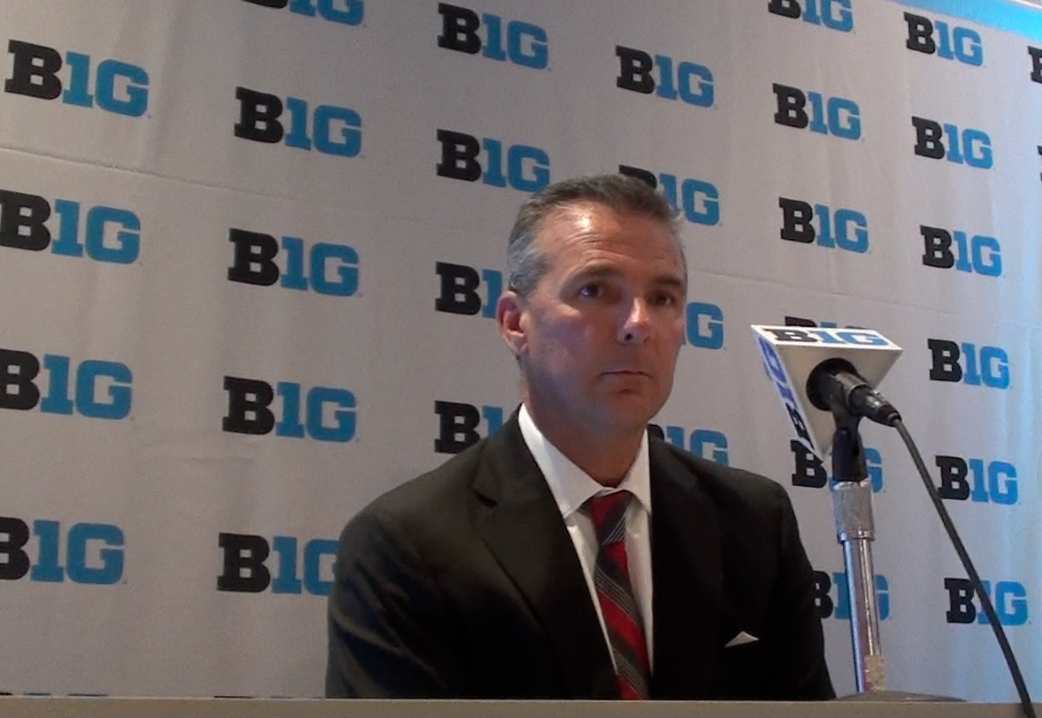 CHICAGO — After an initial availability in the morning, Ohio State head coach Urban Meyer met the press again in the afternoon for his individual podium Tuesday at Big Ten Media Days.

From follow-up remarks on wide receivers coach and recruiting coordinator Zach Smith’s termination to questions on quarterback and injuries, Meyer delved deeper into some of the Buckeyes’ biggest topics.

“Not the opening (of) camp, no. I mean, if I needed him to be, he probably would be. His name is pretty indicative of what kind of kid he is, but I anticipate he’ll be ready early in the season.

“I don’t want to put too much pressure on him. I just know him, he’s like (former Ohio State quarterback) J.T. (Barrett). He’s just one of those guys that he heals fast and he’s a tough guy.

“He’s a very smart player. He’s a mental-rep guy, so he won’t need much reps.”

“I see that in Tate Martell and so does our strength coach (Mickey Marotti). I see a guy that refuses to lose and that’s very appealing to a coaching staff.”

“No. More importantly, my superiors, we handled it. Once again, there’s going to be a development now, ‘Why didn’t you do this? Why didn’t you do that?’ It’s a very personal matter. Domestic issues are a lot of he said, she said.

“I care about people. You care about people as they move forward. So after now digesting it, praying on it and going through the typical conversations with the few people I know … I think we handled it right.”