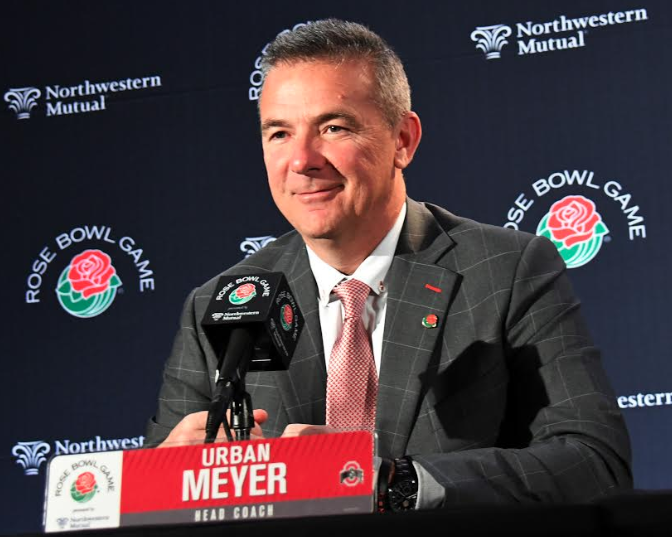 LOS ANGELES – For the final time, Urban Meyer took the podium to preview an upcoming game.

Meyer, joined by Washington head coach Chris Petersen, took questions from the media on New Years Eve as the Buckeyes and Huskies prepare to meet in the 2019 Rose Bowl on New Years Day.

What follows are the main takeaways from their press conference.