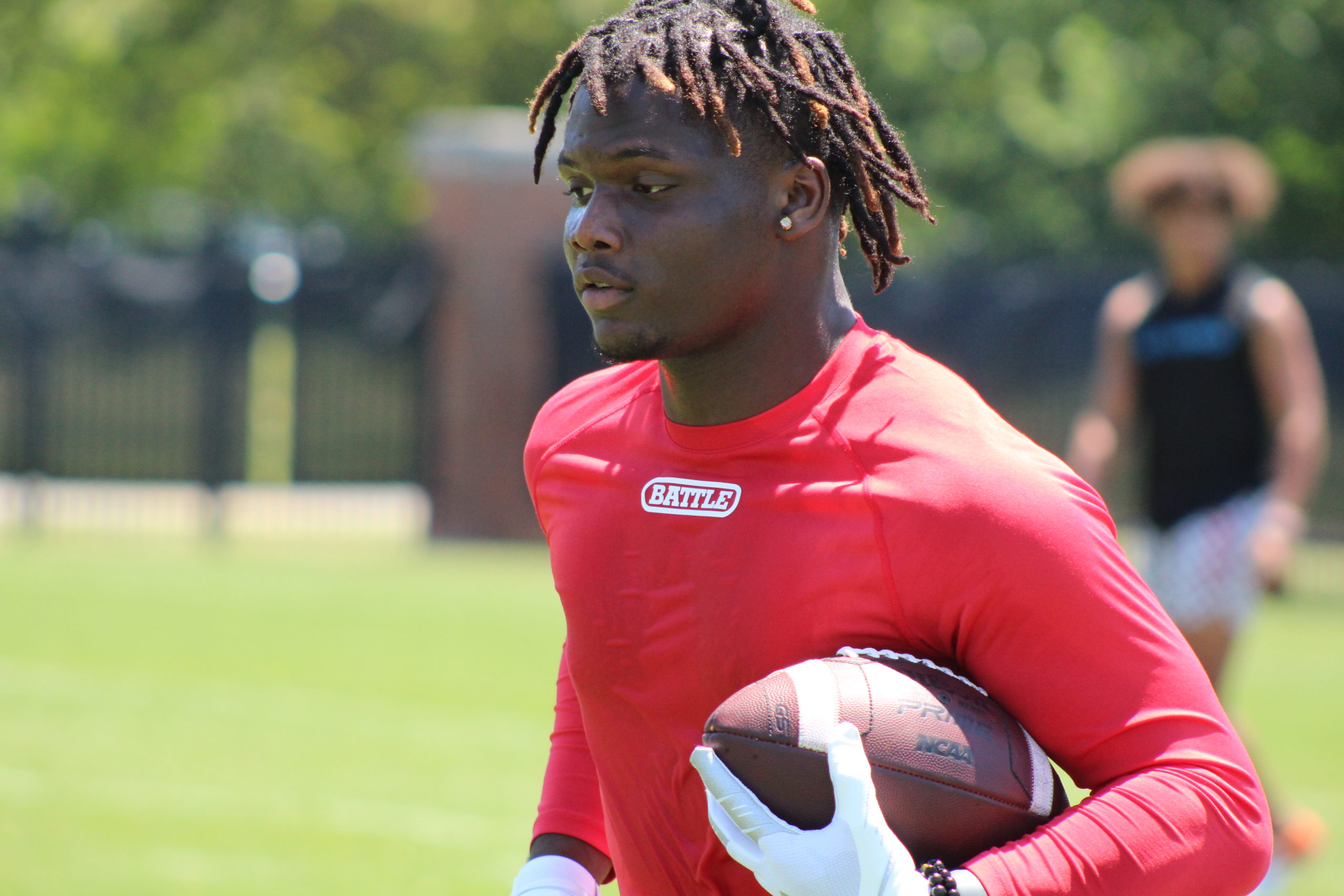 Gage is one of the top running back prospects in 2024, ranked as the No. 37 overall prospect and No. 2 running backs in the class behind only five-star Jerrick Gibson (5-10, 195), a teammate of Gage’s at IMG Academy. He camped with the Buckeyes this week, his third visit to Columbus, and has held an offer from Ohio State since last August.

Gage said that he and Alford talk “almost every week,” and Alford has indicated that Gage would be a great fit for Ohio State’s program.

“I really do love his coaching style,” Gage said Tuesday after his workout. “It’s not even just me. It’s things that everybody else is saying about him. They say he’s a great guy, great person, great father and everything. Being coached by him and everybody talking about him made me feel good.”

He is one of just five running backs offered by Ohio State in 2024, a signal from the staff that he is a clear priority. With the possibility of just one running back in the current cycle with Fort Lauderdale (Fla.) American Heritage four-star Mark Fletcher (6-1, 225), it would put an added emphasis on Alford hitting a home run with Gage.

Gage added Tuesday that he feeling the love not only from Ohio State’s coaches, but from the program’s commitments, including the five-star quarterback from his class that is committed to the Buckeyes.

“Dylan (Raiola), he really recruited me, you know,” Gage said. “He texts me almost every day. He texted me before I landed here. With him being here, that’s a good thing.”

Gage said he plans to make a return visit sometime in July. As for what he’s looking for in a program – of which he plans to commit before his senior year – he’s focused on getting to the next level.