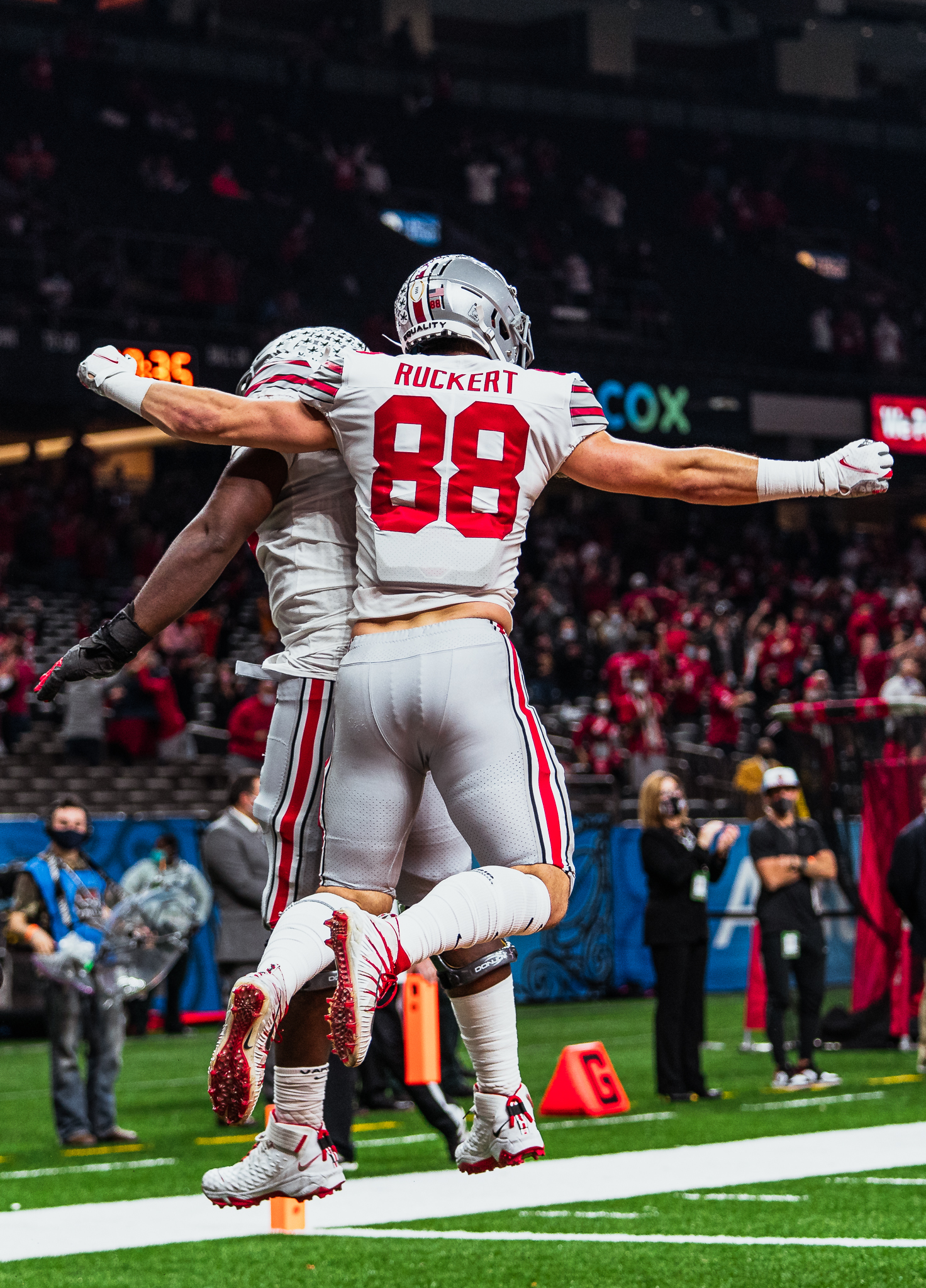 This story is the second of 10 that comes from the print edition of Buckeye Sports Bulletin, where the staff selected the 10 best plays from the 2020 football season.

Ohio State’s 52-24 loss to the Crimson Tide is one that the team will likely hope to forget, but it did not come without a few memorable plays in the Buckeyes’ favor.

One that missed the cut of this list was a strip sack by senior linebacker Baron Browning on Alabama quarterback Mac Jones that immediately led to a touchdown, but the one that came in at No. 9 on this list was one of the best catches of the season for the Scarlet and Gray.

Junior tight end Jeremy Ruckert hauled in a 36-yard catch from quarterback Justin Fields to get down to the Alabama 8-yard line before sophomore
running back Master Teague punched it in to tie the game at 7-7.

The special part of the play was how Ruckert brought in the catch – with one hand in stride, similar to his touchdown catch in the Big Ten Championship Game against Wisconsin from a season ago.

In case you want another angle:

“Like I’ve always said, if the ball comes my way, I’ll do everything I can to make the play,” Ruckert said after the game. “If it doesn’t, I’ll do whatever I can to help my team. And whatever my assignment is, I’ll do it as hard as I can and as long as I can.”