Three Questions Ahead Of Ohio State-Oregon 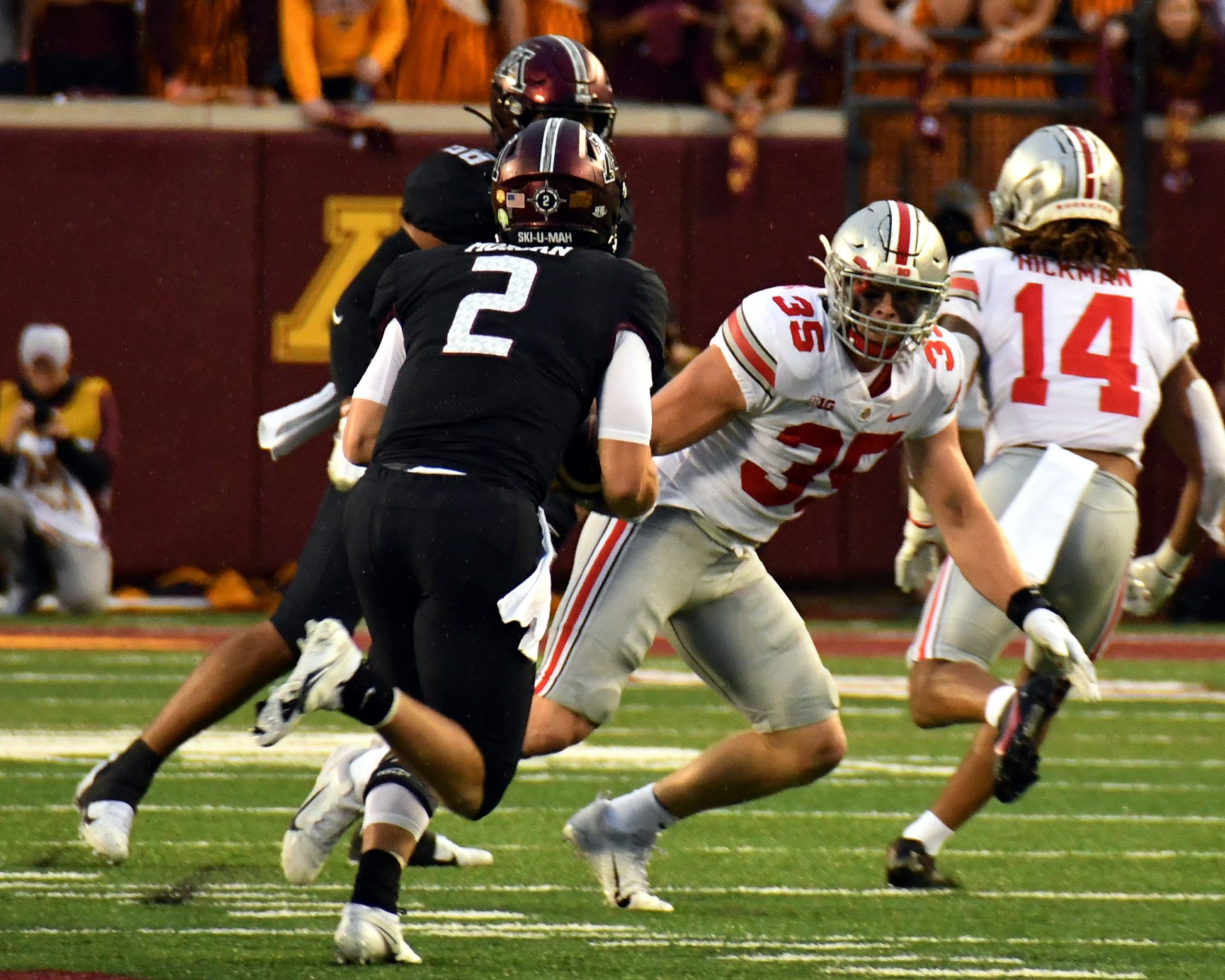 It’s been nearly two years since we last saw a packed house in Columbus – back on Nov. 23, 2019 for the penultimate game of the regular season, a 28-17 win over Penn State for the Buckeyes. In the time away, it’s easy to forget the impact that 100,000+ fans can have on a football game.

A sold-out crowd in Minneapolis for Ohio State’s week one matchup seemed to rattle the Buckeyes pretty well. Can the Buckeyes do the same to a veteran Oregon team in the friendly confines (for Ohio State, at least) of Ohio Stadium? Head coach Ryan Day sure thinks so.

“We need Buckeye Nation in this game,” Day said prior to the game. This is a very, very big game for our program. We need the fans to be loud, especially on third down. We need them to be loud when (Oregon) has the ball. The last game we played here was when Penn State was here, and that’s as loud as I’ve heard it. We need that same type of environment here, it’s got to be an advantage for us. If we can force them into a silent count, that’s an advantage for us. The louder the crowd is and the more we can feel it, the better we’re going to play.”

2. Are the early game jitters gone for C.J. Stroud?

No one looked to be more affected by that Minnesota crowd than quarterback C.J. Stroud, who struggled mightily with reading the Minnesota defense and hitting on open throws in the first half before he settled down in the second frame, thanks in part to the presence of star receivers Chris Olave and Garrett Wilson.

If that second half is to be believed, Stroud has more than enough to lead an explosive Buckeye offense this season, and one that can triumph easily, even against a strong Oregon defense. There’s not a secondary in college football that can shutdown the Olave-Wilson one-two punch, but more of those incomplete passes that Stroud had in the first half last week could certainly slow the Buckeye offense down. Against a top-15 foe, that’s far from ideal.

3. Does Ohio State’s defense take a step forward with a smaller rotation?

After rotating through 24 defenders against the Golden Gophers, Ohio State defensive coordinator Kerry Coombs said this week that the Buckeyes are hoping to reel in their rotation, keying in on a shorter list of solid contributors, rather than continuing a search to find the best fits for their new-look 4-2-5 scheme.

“I would tell you absolutely (that is the plan),” Coombs said of closing in the rotation. “We are still finding our way. We’re still figuring out exactly who are the best players and the best combinations are in situations. And so, the only way to do that is to get some game experience. And so, we played a lot of guys; guys who deserved to play.”

Who those players are is yet to be seen, as is just how constricted that lineup will be against the Ducks.

More important, even, is what that shorter bench will do for the Buckeye defense. It surrendered 31 points to a rebuilding Minnesota defense in week one. Can it cut down on that in week two as it cuts down on the contributors list?