Three Questions Ahead Of Ohio State-Michigan 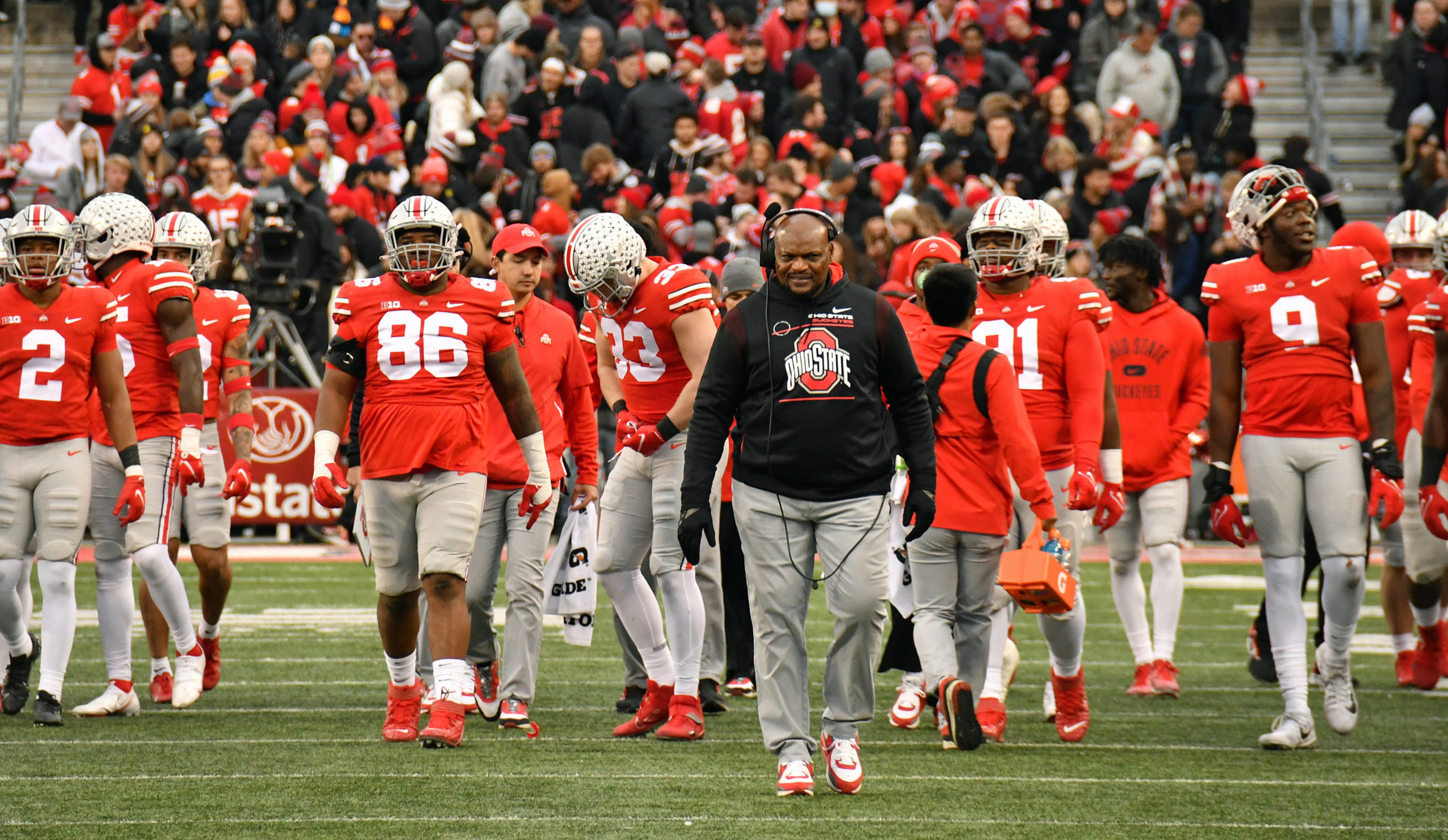 The biggest storyline entering the game, and deservedly so. Michigan’s pass rush, led by end Aidan Hutchinson and edge rusher David Ojabo is among the nation’s best, racking up 20 sacks just between the two of them. Ohio State has a pair of future NFL tackles in Nicholas Petit-Frere and Dawand Jones, but they’ve yet to face rushers like this.

For quarterback C.J. Stroud, the feeling is similar. Stroud has rarely felt the pressure this season – Ohio State has allowed only 13 sacks on the season, with just five (Oregon, 2.0; Tulsa, 2.0; Akron, 2.0; Nebraska 2.0; Michigan State, 2.0) multi-sack games all year. No team has gotten to the quarterback more than twice against the Buckeyes.

If Michigan wants to win, that cannot be the case here. The only way to slow down this Buckeye attack this season has been to knock it off schedule, and with penalities on a sharp decline the last few weeks, tackles for loss and sacks are Michigan’s best hope defensively.

2. How healthy is Blake Corum?

A crucial part of the Michigan offense, tailback Blake Corum has spent the past few weeks on the injured reserve with a shoulder issue since the Indiana game in early November. When he was on the field, he paired up nicely with Hassan Haskins to form an electric rushing attack.

Haskins and Donavan Edwards have filled in nicely to absorb the loss, but adding Corum back into the mix would go a long way, especially because his skill set is a lot harder for Ohio State to deal with than the more bruising Haskins. The Buckeyes have dealt with that. Quicker backs are something of a different story, especially for a young linebacker room. Michigan will need big plays offensively, and Corum is the best big-play back on the roster.

3. What’s the path to victory for the Maize and Blue?

The first two questions allude to it, certainly, but this is not exactly a favorable matchup for Michigan. Ohio State has won eight straight against the Wolverines, has more talent in most spots, and touts a trio of receivers that the best defensive back groups in America can’t handle, and the best in America Michigan’s group is not, especially without Gemon Green (questionable).

So what is the path here? It starts defensively, with getting Stroud and the Buckeyes off-schedule. It’s a whole lot more realistic to shut down the run and force more passes, and then pressure Stroud than it is to try to just stop those receivers outright. On top of that, Michigan needs to take a lesson from Purdue and Michigan State: Limiting the deep balls seems like a good idea, but you can’t let Stroud kill you underneath all game. Live with the big plays and instead take away Jaxon Smith-Njigba and the short stuff. Force Stroud to stand in the pocket for longer developing throws and hope that the edge-rushing duo gets home.

On the other side of the ball, it has to be the rushing attack and it has to be consistent play from Cade McNamara. No silly turnovers, no huge losses. Michigan needs to stay on track with the running game and then generate yardage after the catch on RPOs and quick passes. There isn’t going to be enough time to throw down the field, but the short stuff should be open and both Erick All and Cornelius Johnson can get work done in that area, as can the backs out of the backfield.

If Michigan can sustain long drives with papercut plays while getting Ohio State off the field by generating explosions with TFL, sacks, and even a few turnovers, it may be able to eat the big plays that Stroud and Co. are guaranteed to deliver.