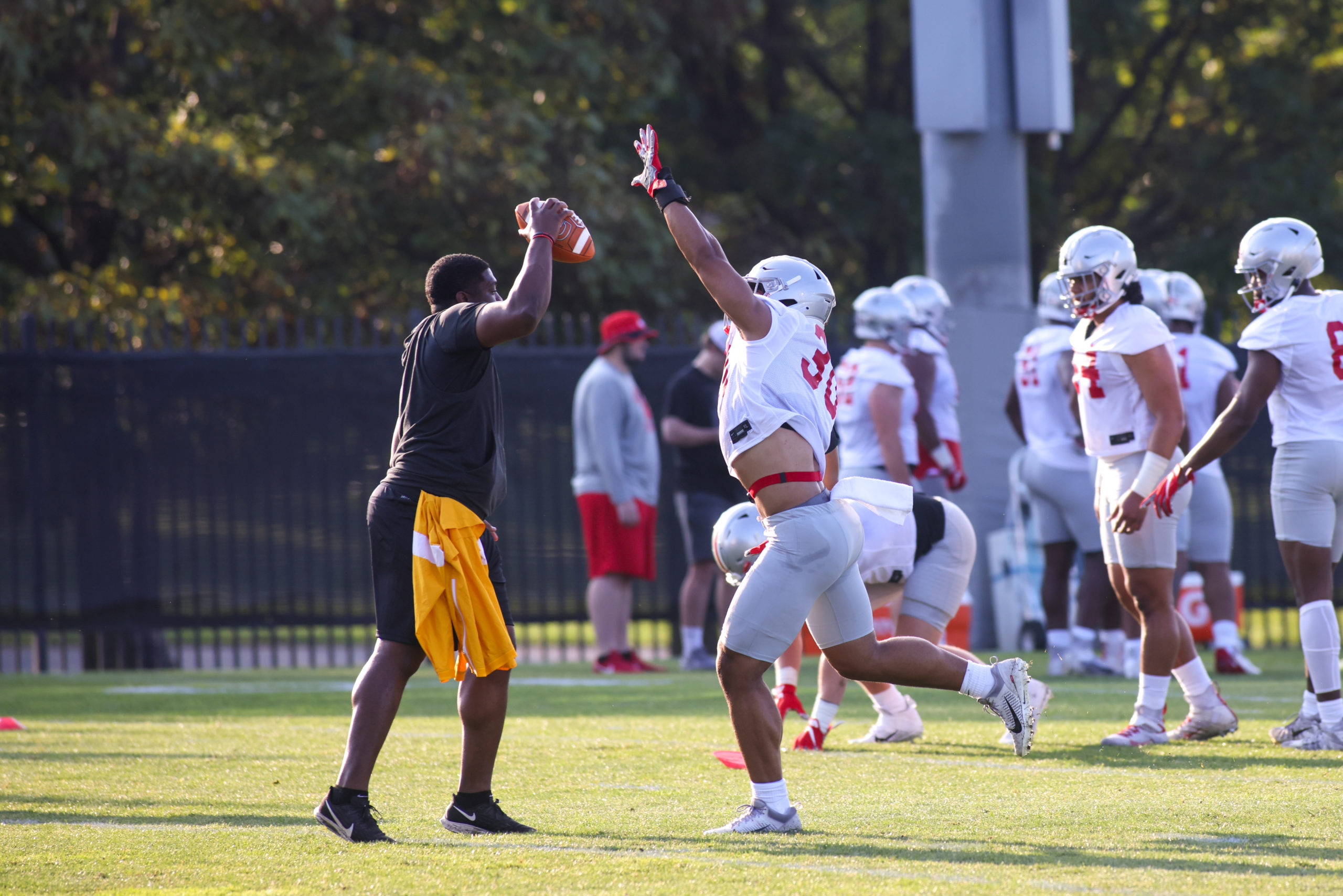 With Ohio State into fall camp and welcoming reporters back into the Woody Hayes Athletic Center to talk to coaches for the first time since early 2020, Buckeye Sports Bulletin is jumping back into the preview game with position-by-position looks at the team ahead of media availabilities with the respective position coaches. Today, linebackers coach Al Washington and several linebackers will take center stage. You can follow BSB on Twitter at @Buckeye_Sports.

1. Is the bullet for real this time?

Ohio State has been talking about the addition of the “bullet” position into its defense since Ryan Day took over and hired Greg Mattison as his co-defensive coordinator back in 2019. The bullet portends to mix safeties and linebackers, putting a bit of a hybrid player onto the field that can cover like a safety but contribute in the box, as a linebacker would. Other teams have other names for it, but essentially, the bullet is Ohio State’s answer to the rise of box safeties.

But, through the first two seasons of the day era, that positions remained entirely hypothetical. Brendon White, presumed to be the perfect fit for the bullet, stayed off the field in 2019 as Ohio State trotted out its three usual linebackers. In 2020, Ohio State took it a step further, playing a fourth linebacker before it looked to take one off for a hybrid.

Entering 2021, the Buckeyes are certainly indicating that the bullet will actually play a role this season. After being thoroughly housed in the national title game by a pass-heavy Alabama, it seems that the Buckeyes want to get lighter on defense, and worked exclusively out of a 4-2-5 look in the spring game, getting Ronnie Hickman and Craig Young onto the field in that hybrid spot.

As it stands in the fall, it definitely looks as though the stars are aligning for the bullet to make its debut. With questions at the traditional linebacker spots and both Hickman and Young surging this offseason, it’s hard to imagine Ohio State limiting itself to the standard 4-3 look. However, we’ve been here before. If Ohio State is serious about shifting its defensive formation, it has to actually show it on the field at some point.

2. Can the seniors hold off Simon?

There was confidence around Ohio State’s linebackers exiting the 2020 season that seems to have faltered the further the team gets into its offseason and the closer that 2021 campaign creeps. On paper, Ohio State’s linebackers are in a good spot. The Buckeyes return three seniors that have been fighting to get on the field for years in Teradja Mitchell, Dallas Gant and K’Vaughan Pope, and they all seem to fit into the designated Will, Mike and Sam linebacker positions that Ohio State uses. Plug and play, right?

Wrong. At least, it seems to be wrong. Ohio State doesn’t look especially confident in those seniors in fall camp, frequently playing with two linebackers and a bullet, while just one of those seniors, Mitchell, runs with the No. 1 unit on defense. Rather than getting Gant or Pope out onto the field, sophomore Cody Simon has broken through into the top group and looks to be the new front-runner to take over the Mike spot that undrafted former Buckeye Tuf Borland filled for three decades. Meanwhile, Pope looks as though he’s fallen behind Hickman and Young, with Ohio State not really looking for a third true linebacker as it works to fix its pass defense.

Gant still has time to make up the ground that he lost with an injury in the spring, but there’s not a whole lot of it. If the seniors that have waited so long for this opportunity don’t want it to slip through their fingers, the time to go is right now.

There isn’t a room on Ohio State’s roster experiencing more turnover from 2020 into 2021. Four starters are gone from last season’s team, two of which heard their names called in the NFL draft. Ohio State should, as noted, have the experience to replace those players in theory, but it’s easier on paper than it is in action. Even the more limited of those 2020 linebackers brought with them years of experience that this team just doesn’t have.

For a defense looking to see significant improvement this season, a serious drop-off at linebacker just isn’t an offense. Ohio State cannot win a title if its linebackers take a significant step back, especially with the lack of elite talent in the back-end to help make up for the linebackers. This line is good enough to win a title, but finding strong contributors at the second level is one of the top priorities for this team during fall camp.