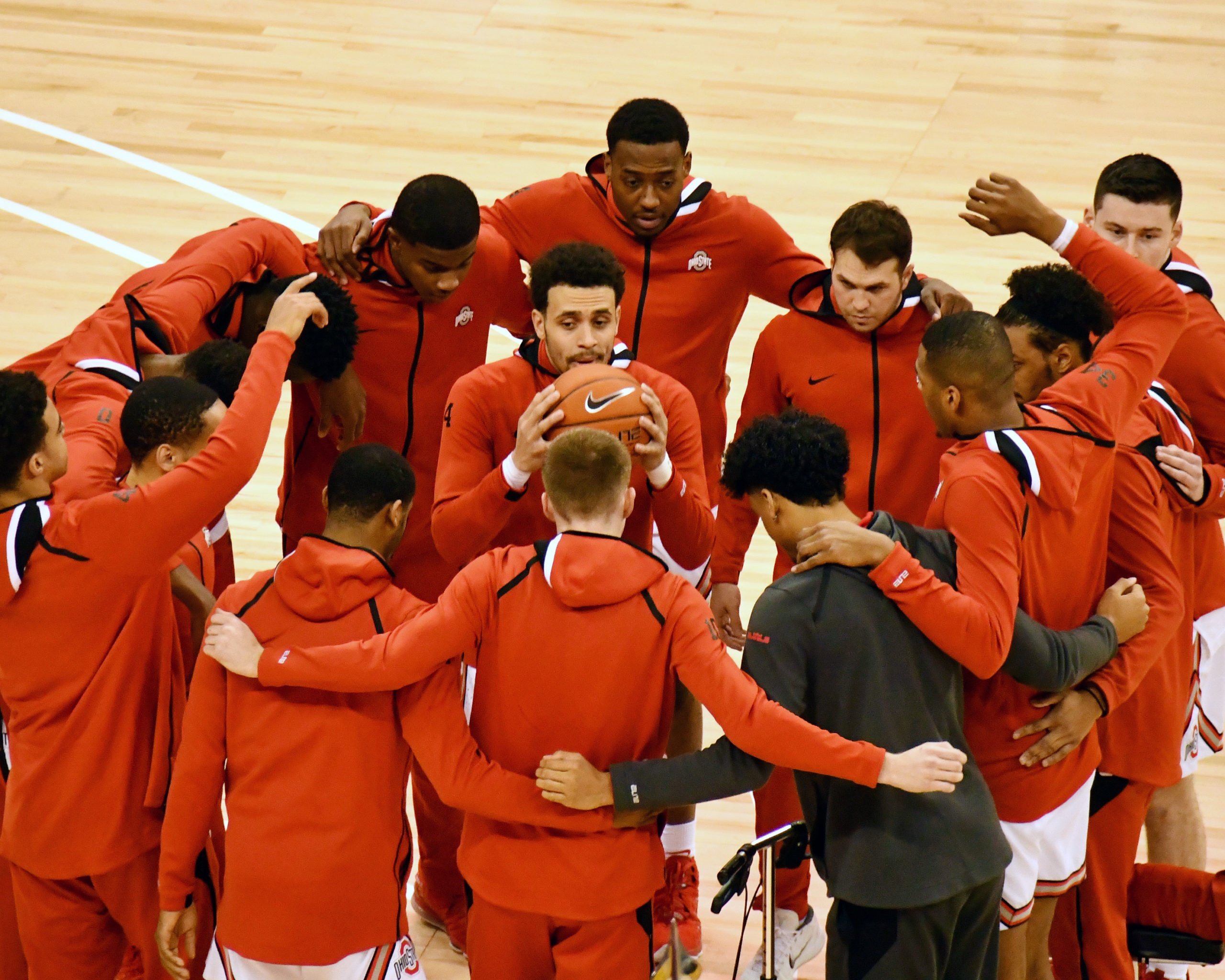 Kobe Bryant, an all-time great basketball player whose impact transcended the sport, died tragically in a helicopter accident at age 41 with eight other people, including his 13-year-old daughter Gianna.

The Buckeyes played that night at Northwestern, and when they found out following a phone-less film review, the players were devastated, as documented by Adam Jardy of the Columbus Dispatch.

“Things like this happen, and you never know when your last day could come. Things like that really put some perspective on life.”
Particularly heartbroken by the horrific news was sophomore guard Duane Washington Jr., who is the nephew of former Los Angeles Laker and teammate of Bryant, Derek Fisher.

“I remember going to my uncle’s games and (Bryant) always coming up to me and calling me ‘neph’ (nephew) and giving me a hug and telling me I’m getting bigger every time I saw him,” Washington told the Dispatch. “It’s Kobe Bryant, man. I looked up to him as a role model. It’s just heartbreaking to have an unfortunate accident like that.”

Bryant also meant a lot to senior wing Andre Wesson, who committed to Ohio State on the same day Bryant announced his retirement from the NBA. Wesson wore No. 24 to honor Bryant after wearing No. 5 at Westerville South. It’s pretty safe to say Bryant would be proud of the

Wesson’s perseverance through injuries and vast improvement while donning No. 24 in scarlet and gray.

“His mentality — how he brought it every day — injured, tired, not feeling well, regardless of what the circumstances are, you’ve got to bring it. You’ve got to have the right attitude,” Ahrens said of Bryant. “If you’re blessed to live another day and do what you love, take advantage of it. Never take it for granted.”

Liddell, who grew up in Belleville, Ill., felt even more of a connection to Kobe, even going as far as emulating parts of his game after him.

“Kobe’s my favorite player of all time,” Liddell said. “If you look at any of my social media accounts — my Twitter name is @EasyE2432 — that’s for Shaq and Kobe. Kobe’s been a big inspiration to me. If you ever see me shoot a little midrange shot fadeaway, that’s because of Kobe. I worked on that a lot because of him.

“It’s just sad to see him go. He was a big inspiration to the game. And he showed how hard you had to work every day, day in and day out.”

Beyond his insane work ethic and immense skill, Bryant became an international advocate for the sport. Many athletes support their sport or their league, but Bryant went out of his way to support women’s basketball and the WNBA.

Ahrens admired how Bryant stood up for women’s basketball and advocated for more people to support a growing sport with exceptional talent.

“He helped the WNBA take a big step and a big leap with their salaries increasing and things like that,” Ahrens said. “He was definitely a big part of that. He brought a lot of viewers to it as it should be. It should be equal rights, too. The women’s game — they have just as much love and passion as we do, and they put just as much time in as we do.”

Ohio State head coach Chris Holtmann agreed with his players, holding Bryant in high regard because of the way the all-time great uplifted women’s basketball.

“I have great admiration and respect for that,” Holtmann said. “The women’s game is different than ours, but when you look at it, you’re amazed at the level of athleticism in the games at the highest level. I really respected the stance that he took on that.”