The 2018 Ohio State vs. Michigan Game Serves As A Defining Moment For Urban Meyer, Jim Harbaugh 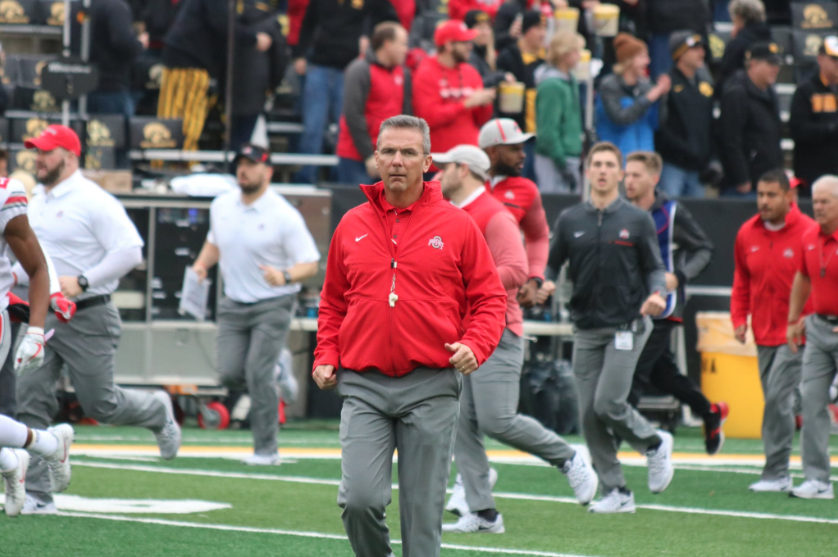 For the better part of the last 20 years, Ohio State has dominated The Game against Michigan, flipping the script from the 1990s. Now however, it seems as though the tide might be turning back in favor of the Wolverines.

Urban Meyer hasn’t been an underdog since the Buckeyes won a national title in 2014 and his team in 2018 looks like a shell of what Ohio State has been, and what it is expected to be. Yes, Ohio State is 10-1, but the defense once known as the Silver Bullets has become dull and non-intimidating. Questions about Meyer’s health have swirled around all season in a year dominated by off-the-field storylines and Michigan comes in as the favorite with all of the momentum.

Even with all that momentum though, Michigan also has the majority of the pressure on it, rather than the other way around. The Wolverines are on at the doorstep of returning to national prominence. A Big Ten title and appearance in the College Football Playoff would announce to the country that Harbaugh has officially turned the Wolverines around and they are back to the top of not only the conference, but perhaps the country.

If Harbaugh and the Wolverines can’t get it done however, it might be awhile before Michigan gets another chance.

The 2018 Michigan team is the best one to walk the streets of Ann Arbor in more than a decade. They come to Columbus as the favorite and rightfully so. After years of searching for a quarterback, Harbaugh has his man with a defense that is the best in the country. If Harbaugh can’t get it done against Ohio State this year however, he will become the first coach in UM history to lose four straight games to the Buckeyes. Brady Hoke won his first game against OSU and Rich Rodriguez didn’t even get a chance at a fourth game.

If Harbaugh doesn’t get it done at Ohio Stadium on Saturday, he starts to become the John Cooper of Michigan. Always a talented roster and successful season, only to end in disappointment in The Game. If he wins, he becomes the man that put Michigan back at the top of the college football mountain.

On the other sideline, Meyer has had nothing but success at Ohio State, especially in The Game. He has not lost to the Wolverines, but this season has a different feel. The Buckeye defense is struggling, and Meyer’s health is the cloud that has lingered over Columbus for months.

If this is indeed Meyer’s last game at Ohio Stadium, a win over Michigan and another Big Ten title could send him out on top, with a likely trip to the Rose Bowl the icing on the cake that is one of the greatest in program history. A loss creates a different narrative, and not one that Buckeye fans will want to subscribe to.

A loss would leave Ohio State reflecting on a season of turmoil while the Wolverines play for their first Big Ten title since the conference championship game was started in 2011. A changing of the guard, both at the top of the conference and Ohio State’s coaching staff could lead us into a much different era when it comes to The Game.

We will find out on Saturday at noon in Columbus which road The Game will take next.