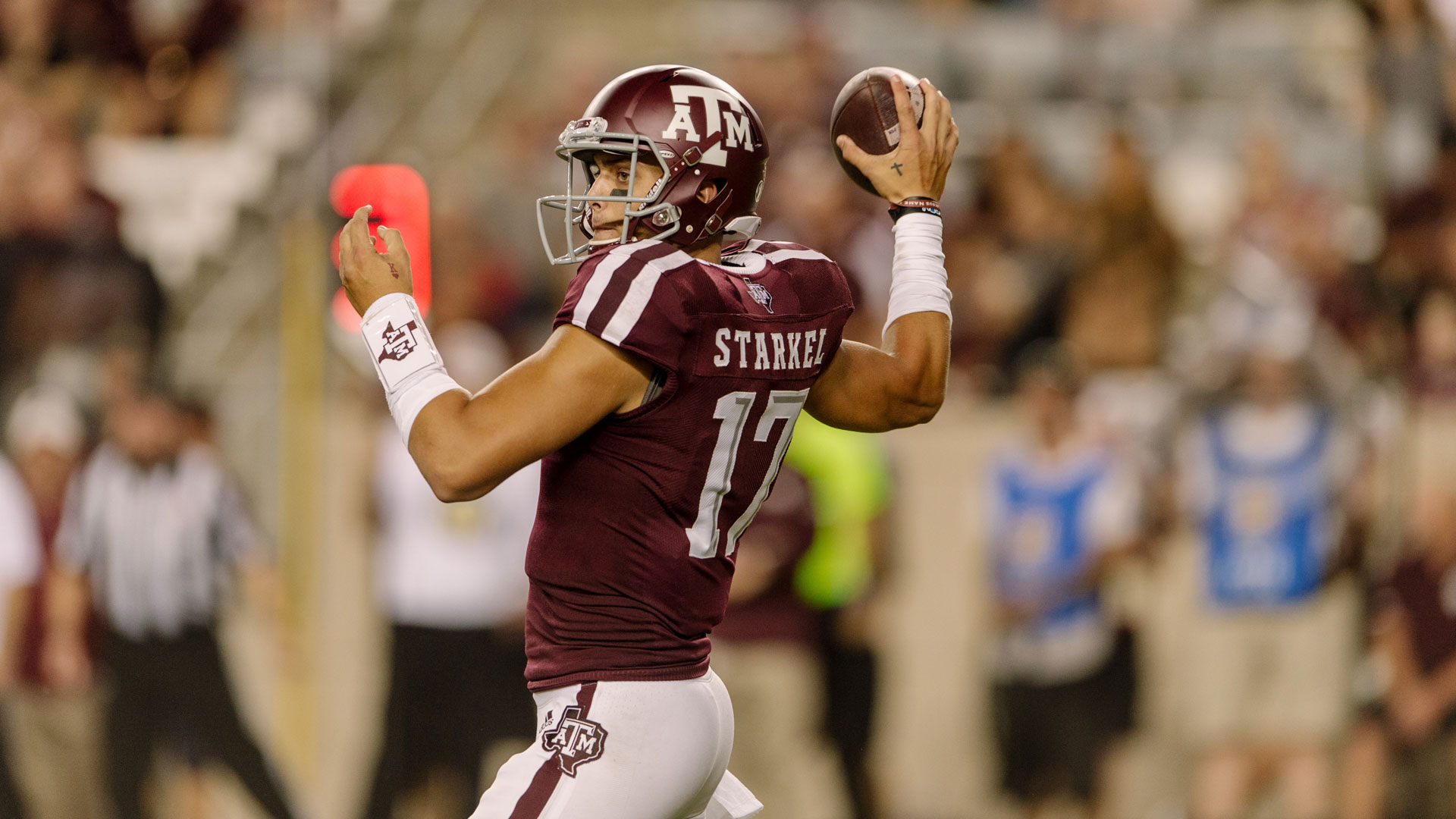 Texas A&M quarterback Nick Starkel announced Tuesday that he intends to transfer and Ohio State is reportedly among his top options.

Starkel, who will be a junior in the 2019 season, is looking at Duke, Ohio State, SMU and Arizona, according to Travis L. Brown of MyAggieNation.com. The signal caller opted to make his intentions public now rather than participating in spring practice.

According to Brown, Starkel expects to be on his new campus by July 1.

Kid with a lot of character. Said he didn't want to participate in spring practice while school shopping behind the team's back. Was upfront and honest with Fisher.

Starkel originally signed with the Aggies as a three-star recruit out of Argyle (Texas) Liberty Christian in the 2016 class. He was the No. 523 overall player and No. 21 pro-style quarterback in his class.