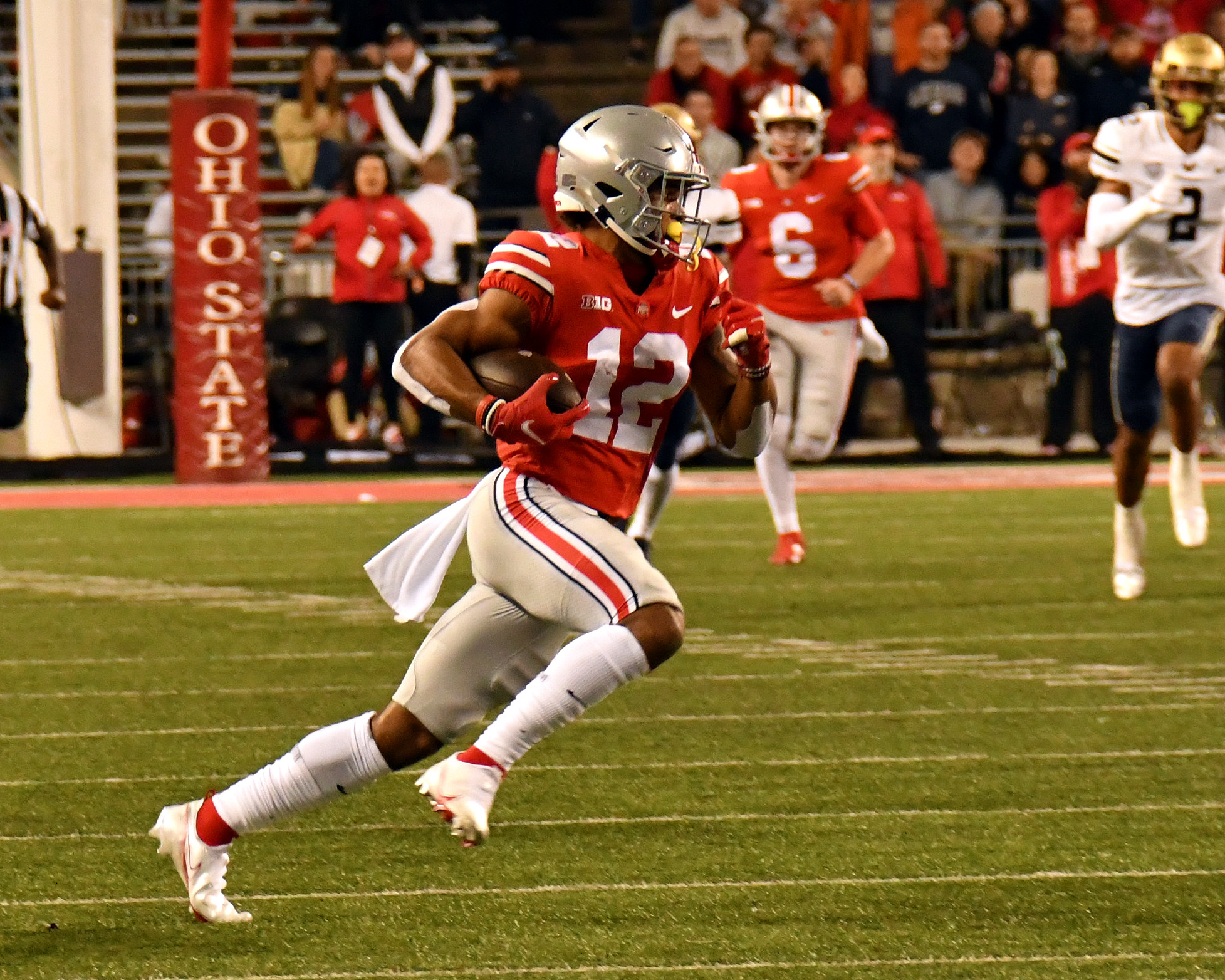 Fifteen Buckeyes are unavailable ahead of their final home game of the season, including senior linebacker Palaie Gaoteote IV and freshman wide receiver Emeka Egbuka.

The loss of Gaoteote hurts Ohio State’s depth at the linebacker position and Egbuka’s absence leaves the Buckeyes without its starting kick returner.  The Buckeyes also released earlier this week that Harry Miller will be out for the rest of the 2021-22 season.

Graduate running back Master Teague III is available to play for the second time in the back half of the season.

The full status report is below: