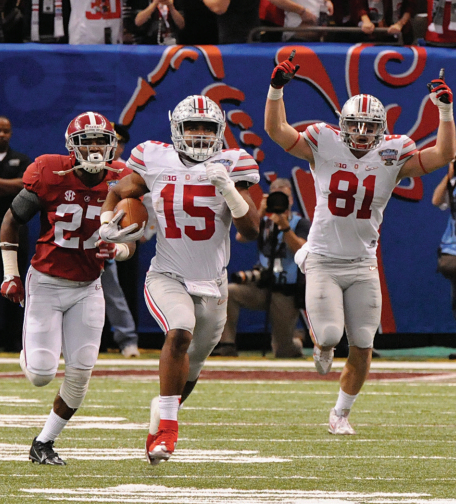 On June 18, Ohio State announced that it and Alabama had come to terms for a landmark home-and-home series for the 2027 and 2028 seasons. The series will serve as a first in quite a few ways, including Ohio State’s first home-and-home with an SEC opponent since 1987 and 1988, its first game against an SEC team since 2015, and its first matchup with the Tide since that battle in the 2014 playoff, though the latter two notes depend largely on what happens in the postseason in the coming years.

Regardless of that, a regular season battle between two teams of this stature, especially from the Big Ten and SEC specifically, has been very rare in recent years. The Big Ten has often found series partners from the Big 12 and Pac-12 but rarely from the Southeastern part of the country, while the SEC has focused primarily on taking on the ACC and the Big 12, mostly avoiding trips to the North.

For the most part, Alabama has been very content sticking close to the South, and, when needed, facing off with foes from the North in a neutral site rather than a two-game series, making this upcoming bout with the Buckeyes that much more exciting.

Outside of the regular season, Ohio State has met with a southern opponent in 12 bowl games, including two national championships, three Citrus Bowls, three Sugar Bowls, one Cotton Bowl (Texas A&M was in the Big 12 at the time, same for the 1999 Sugar Bowl), one Hall of Fame Bowl, and one Outback Bowl and one very sad Gator Bowl. In those games, the Buckeyes are 4-8, with the biggest win coming against Alabama in that most recent playoff matchup, 42-35.

Of the 16 total matchups with current SEC opponents since 1980, Ohio State sits at a respectable 6-9-1, including a 4-4 record since that Missouri game in 1998. During that time, the Buckeyes have faced off with LSU and Alabama the most, three times a piece, taking a 1-1-1 record against the Tigers and a 1-2 record against the Crimson Tide. Texas A&M and Florida are up next with two games a piece, the former seeing Ohio State win both games and the latter seeing the Buckeyes lose both.

When Ohio State takes the field against Alabama in 2027 and 2028, it will have the chance to narrow the margin between OSU and the SEC in the last several decades, and with some help from postseason matchups between 2020 and 2027, the Buckeyes copuld even be in position to turn that losing record into a winning record by the time Alabama takes a very rare trip to the North.