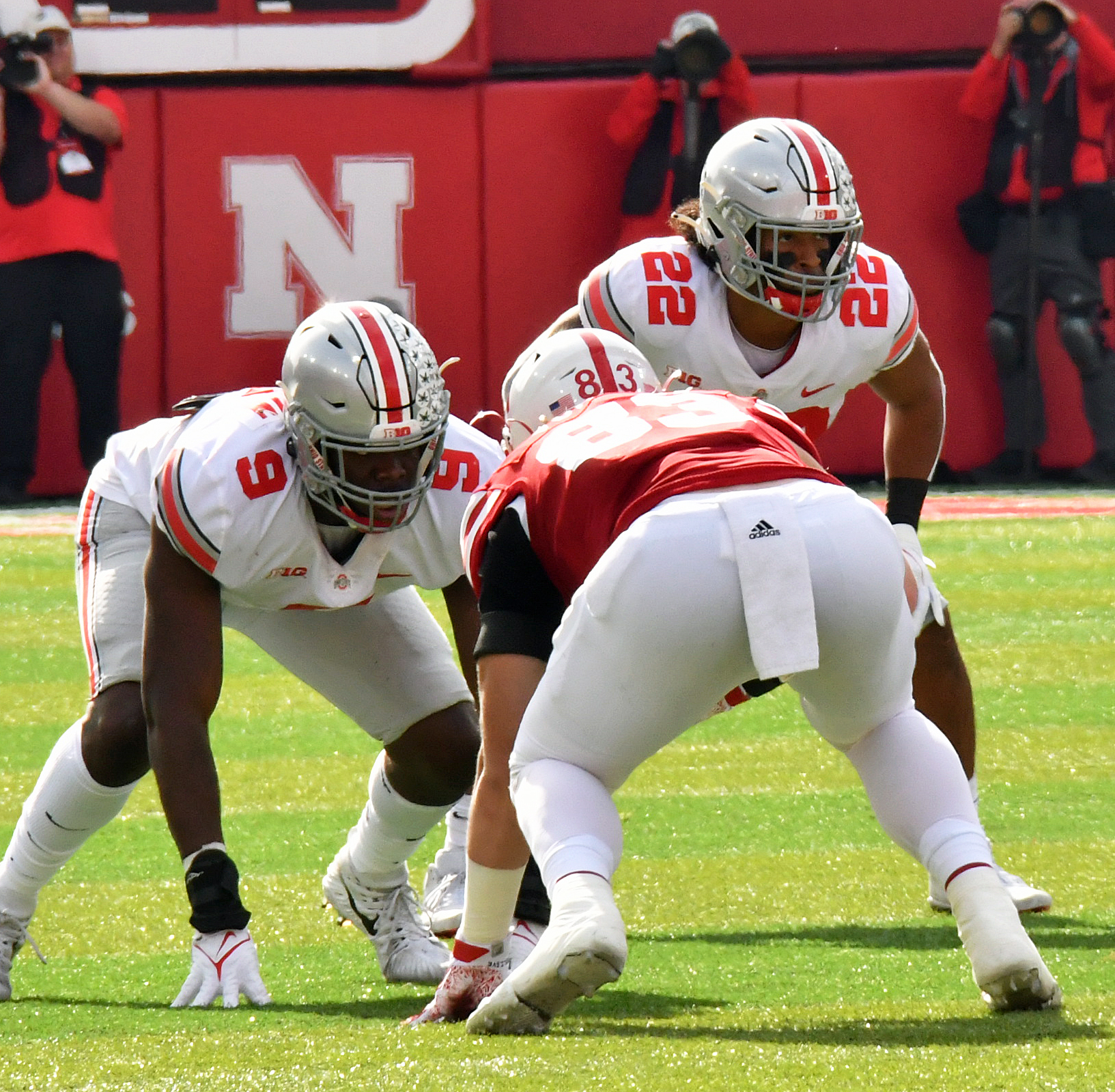 Ohio State still has the Rose Bowl against Utah to compete in here in a couple of weeks, but with the regular season in the rearview, linebacker Steele Chambers was able to reflect on his first season playing on the defensive side of the ball.

Given the rapid pace at which he joined the linebackers room, Chambers said he didn’t have time to develop motions and tendencies that can negatively impact linebackers.

“I think that definitely helps, but that could also be very detrimental,” he said. “There are some things that I came into the linebacker room and I was very behind on as far as using hands. It definitely helps, especially a few games like quarterbacks making checks at the line, just kind of knowing what calls they’re making and then kind of just going from there.”

Extra practice sessions for the Rose Bowl will allow Chambers some further development time, and a full offseason with linebackers coach Al Washington should help him fully embrace the position heading into next season.

“Once the season really got going, there was a lot of game planning and stuff so I got away from a lot of the fundamentals that we’d been hitting on back in the spring and the summer,” he said. “Being able to really get that focused on is going to be really good for me and the whole team, really.”

Even with little prep, Chambers stood out as one of Ohio State’s best linebacker this season, finishing with 42 tackles – 5.0 for loss – with an interception, two passes defended and a forced fumble. He started slow with just 18 total snaps across the first two games of the season, but against Michigan, he finished with 60 snaps, tied for second most on the team outside of Ohio State’s four starting secondary members.

“He has natural instincts over there,” Day said during fall camp. “The guys on defense have been very, very impressed right from the jump. You can usually tell right away if somebody’s just natural at it. He is. He’s very, very athletic, so he’s really upgraded that room and I expect him to make an impact this season.”

With a full season in the middle of the field under his belt, Chambers said he is “absolutely” glad he made the switch from running back.

Though Chambers had an impressive individual season, Ohio State’s defense as a whole disappointed, especially so in losses to Oregon and Michigan. With the hire of new defensive coordinator Jim Knowles, who Chambers said the players got to meet last Thursday, the Buckeyes could be looking at a turnaround on that side of the ball.

“I think we have all the pieces to be a great defense,” he said. “As far as that team up north game, I think that was more of just an attitude thing. We’ve just got to have just a little more fire in us. Just be more physical. I think we’ve got all the pieces. We’re just now starting to develop the experience, so I think next year it’s really going to come together.”